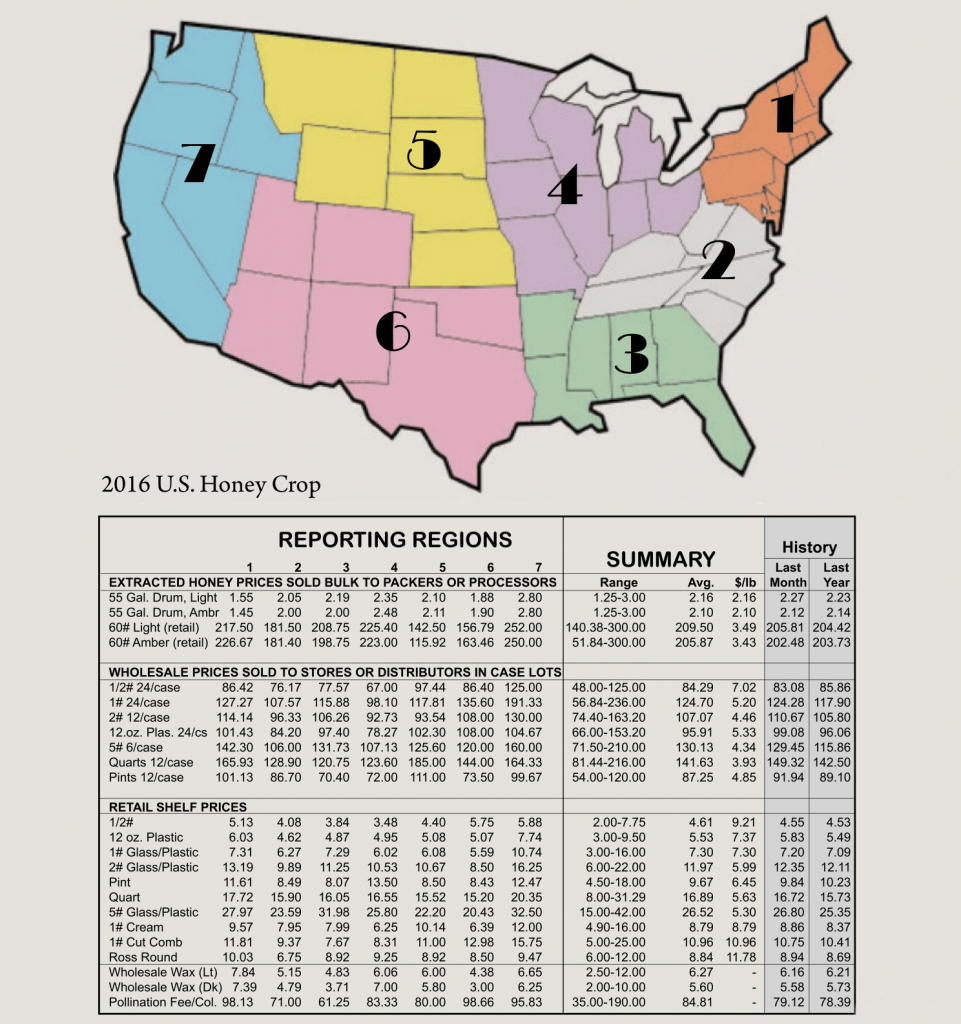 OK, here’s where we really go way out on a limb, but we’re pretty confident what we’re doing will provide a comprehensive picture of what’s going on with this year’s honey crop.

We had our reporters give use three data points from their honey harvest this season. The average honey production/colony from only those colonies that honey was harvested from. Those colonies not harvested, nucs, queen mating colonies and the like were not included. Then, we asked of all the colonies they had, what percent of their colonies did they harvest honey from. This would give us a picture of honey production per region. To get that, we looked at the NASS records from 2015, showing the total number of colonies in a region. Once we calculated the average production per colony in the region, and then, the average percent of those colonies honey was actually collected from, we could make a prediction of how much honey would be produced in each region by multiplying the number of colonies honey was actually harvested from by the average production per colony in that region.

NASS did not use data from several states last year, so we left those states off of our data sets also.

But even given this, last year total U.S. production was given as 156,544,000 pounds. We predict a modest 7% increase this year over last, but based on a more accurate number of harvested colonies.

Overall regions the data is also interesting. Overall, colonies produced on average 45.6 pounds of honey/colony. Last year it was 58.9 pounds/colony, with a total production of 156,544,000 pounds produced in the U.S. It’s obvious that those regions with the highest percentage of colonies harvested also has the highest per/colony production, more than making up for the modest overall average production.

We’ll have to wait until May next year to see how the NASS count comes out. Stay tuned. But for now, this is our story, our prediction, and we’re sticking to it.