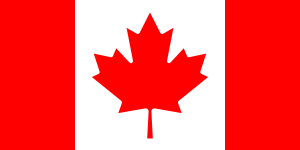 This report presents the preliminary data collected by the provinces of Canada regarding honey bee losses for the Winter of 2021-2022. The final data will be published in the annual Statement on honey bee wintering losses in Canada. There may be discrepancies between results in the preliminary and final reports.

Methodology
Beekeepers that owned and operated a specified minimum number of colonies (Table 1) were included in the survey. The survey reported data from full-sized producing honey bee colonies that were wintered in Canada, but not nucleus (partial) colonies. Thus, the information gathered provides a valid assessment of honey bee losses and commercial management practices.

The common definitions of a honey bee colony and a commercially viable honey bee colony in Spring that were used in the survey were as the following:
Honey Bee Colony: A full-sized honey bee colony either in a single or double brood chamber, not including nucleus colonies (splits).
Viable Honey Bee Colony in Spring: A honey bee colony that survived winter, with a minimum of four frames with 75% of the comb area covered with bees on both sides on May 1st (British Columbia), May 15th (New Brunswick, Nova Scotia, Ontario, Prince-Edward-Island and Quebec) or May 21st (Alberta, Manitoba, Saskatchewan and Newfoundland and Labrador).
The questionnaire of colony loss and management was provided to producers using various methods of delivery including mail, email, an online survey and a telephone survey; the method of delivery varied by jurisdiction (Table 1). In each province, data were collected and analyzed by the Provincial Apiarist. All reported provincial results were then analyzed and summarized at the national level. The national percent Winter loss was calculated as follows:

Preliminary results
The survey delivery methods, size of beekeeping operations and response rate of beekeepers for each province are presented in Table 1. It is important to note that the total number of colonies operated in a province reported by this survey may vary slightly from Statistics Canada official numbers. In some provinces, the data collection periods for the provincial database and the Statistics Canada report are done at different times of year. This can result in minor discrepancies between the official Statistics Canada total number of colonies and this survey’s total reported colonies per province.