Colony management throughout the year is critical for colony success and overwintering Nucleus Colonies (NUCs) can be a viable management method in the southeastern United States. NUCs are typically five deep frames of bees in a five-frame box. An alternative to five-frame NUCs is eight-frame or 10-frame boxes/equipment. 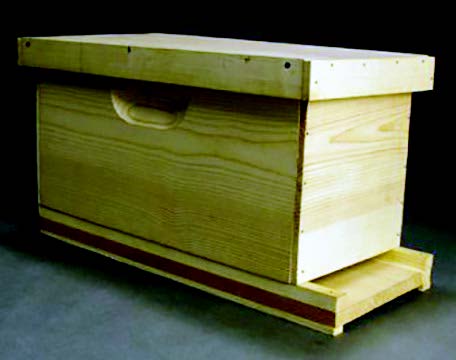 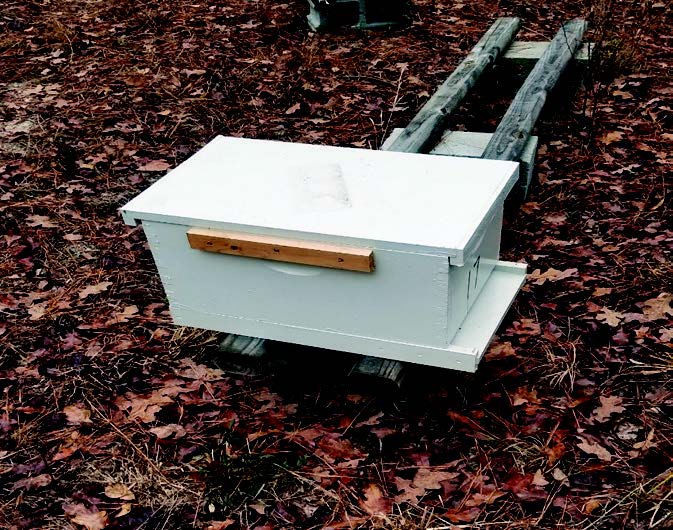 In the southeastern United States (I live in South Carolina and this is predicated on my location), colonies often build up and prepare to swarm as early as the end of February. Queens are not available at the end of February. Hence, it is recommended to requeen the previous Autumn so the colony will have a young vigorous queen the following year. If you hear the phrase “overwintered queens,” you need to ask if the colony was requeened the previous Autumn. This will minimize swarming and possible queen failure in the Spring.

Splits in South Carolina may be made as early as the end of February and into March. Swarm cells may be used in this time frame if available or a “walk-away” split made.

A walk-away split is where a colony is split and the half without a queen raises a queen itself from larvae typically less than three days old. A frame of eggs with less than three-day-old larvae, a frame of pollen, and at least one frame of honey should be placed in the split.

You want to take the bees on the frames and place them into the split; do not shake them off. The presence of a laying queen should be made in the split after four to five weeks. If you go into the split and they are “noisy” before four to five weeks, you may want to consider placing an additional frame of eggs/larvae in the split. If they pull-out a queen cell, something happened and a queen was not raised. The split should be fed 1:1 syrup, even during a nectar flow for insurance, especially during those rainy or cool days.

If the swarming urge can be held off until later in March, mated queens are often available. This may be accomplished by removing a frame of brood and making up a five-frame NUC from several colonies. The bees will readily accept each other when brood frames from several colonies are combined.

It is considered best practice to use a five-frame NUC when splitting rather than eight frames or ten-frame equipment since the bees seem to do better. They can maintain their nest temperature easier than in larger equipment. The split should be fed 1:1 syrup in the Spring. Pollen is generally available after around February 1st in South Carolina when the maple trees bloom.

Bee development times are critical. It takes about 16 days total for a queen to emerge, another 10 to 14 days for her to mate and start laying, and about 21 days for workers to emerge. This is a total of 47 to 51 days or 6 to 7.25 weeks. If a walk-away split is made March 1, this means workers will not emerge until mid-April with the nectar flow starting around April 1. It normally takes around three weeks for a newly emerged worker to become a forager, which means you will not get foragers until the second week in May. The nectar flow in the Midstate of South Carolina is typically over around June 1. This means you may have to feed a walk-away split during the following Summer dearth of nectar plants and Winter to keep it alive.

In South Carolina, splits can be also made in June, after the Spring nectar flow is over, or in August. Splitting in June works well since the colony has a lot of bees and it results in a brood break to help control Varroa. When splitting in June, it is better to put the colonies on another nectar flow after the split to help them draw the comb out. If splitting in August, it is best to have drawn comb. Splits should typically not be done later than August to allow the queen time to start laying and build up the colony worker numbers of Winter bees before cooler weather in November. Not later than August also allows the bees to get their nest organized for Winter. Feeding should start no later than mid-September which is when the bees typically store the 2:1 sugar syrup strategically around the nest.

It should be noted that you need fully drawn comb going into Winter. This allows the bees’ cell space room for honey or syrup storage and colony expansion in late Winter and Spring. The Autumns in South Carolina do not typically have a strong enough nectar flow for the colonies to draw-out comb. Seven to eight frames of bees are required as a minimum number of bees in South Carolina to get through the Winter. The colony also needs four to five deep frames of “honey.” Honey in the brood chamber and a feed chamber super works best. It is better to feed in the Autumn and ensure enough Winter stores to last until the nectar flow starts the first of April in the Midstate area of South Carolina. Feeding in the Spring, while it may be necessary to keep the colony alive, may cause swarming. Also, once you start feeding in the Winter or early Spring, you need to keep feeding until the Spring nectar flow starts or the colony may starve.

The wax moths will leave white honey super wax alone since they are after the impurities/proteins in dark wax that has had brood raised in it. Honey supers can be stacked at 90° to one another to allow light and air into the supers. Dark brood chamber wax can be stored in warm weather (greater than around 64°F. at night) on top of a strong colony that can patrol the extra comb space, stored in a freezer, or use PDB (Para Dichloro Benzene) crystals to keep the wax moths at bay. In South Carolina, wax moths are not typically an issue until June through September due to the temperature and humidity.
Winter wrapping of colonies is usually not required since it rarely gets into the lower 20s°F. The entrance reducer should be put on the smallest hole.

Two five-frame stacked NUCs can be separated and the total 10 frames are placed in 10-frame equipment in the Spring. This should not be done until warmer weather due to the brood nest disruption. The unstacking and placement in 10-frame equipment will help control swarming, assist with honey production, and reduce high stacking of more unstable five-frame NUCs.

Five-frame NUCs can be used effectively and overwintered well in the Midstate South Carolina area. Care and a well-thought-out plan should be made when splitting; wax moth management and temperature need to be considered for your successful split. Fully drawn comb is critical and golden, especially when going into the Autumn. If a walk-away split is made, the bee time-line needs to be examined to determine the progress of the split. A colony can be successfully split up to three different times through the year in South Carolina under the right conditions.