A giant queen murder hornet which arrived from China in 2004 was likely responsible for the current hornet invasion of Europe. This is according to a new study which conducted genetic analysis to determine the hornets’ invasion of the continent nearly 20 years ago started from just one wasp. 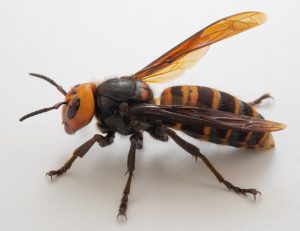 The study was published in the Journal of Hymenoptera Research on October 31, where researchers from Ireland utilized the first recorded occurrence of the Asian hornet (Vespa velutina) in the country to determine the genetic evidence of a continued single hornet invasion across Europe.

Genetic analysis conducted by the researchers in the study revealed the insect species’ rapid and widespread invasion across the West was likely the result of just one was arriving to France from China in 2004, according to the new paper.

Their research show the exceptional potential for population expansion of “eusocial insects” in invaded areas, even when original genetic diversity is extremely low, according to ecologist Simon Harrison from the University College Cork, as cited by Science Alert.

Zoologist Eileen Dillane and her team from the university analyzed three genes from the first recorded arrival of the Asian hornet in Ireland in April 2021. Then, the team compared them to genetic sequences of wasps found across mainland Europe. The results show all of the genes were mitochondrial genes, which are passed on along the female line.

Dillane stated that earlier work had asserted Asian hornets in Europe allegedly shared the same genetic lineage, based on research of a single gene. In addition, the team then took it as a further step and looked at two additional genes which would be more sensitive in detecting common traced within the invasive population.

Earlier this year, the murder hornets or Asian giant hornets got a new name called northern giant hornet (Vespa mandarinia) due to a number of factors relating to negative associations with the hornet species name.

Entomologist Chris Looney from the Washington State Department of Agriculture wrote the official proposal to change the insect’s name, according to The New York Times. Looney, who has been spearheading efforts to control the spread of the hornets, cited various reasons for such change such as increase of anti-Asian hate crimes during the COVID-19 pandemic in 2020.

Another perspective came from entomologist Jessica Ware from the Entomological Society of America, who said the name change of the insect species name was the right decision. Ware emphasizes that calling the animals an Asian giant hornet is not descriptive enough since a number of related giant hornets come from Asia as well.

Furthermore, the entomologist also told The New York Times that calling them murder hornets was not very descriptive since they do not murder people.

To read go to;

We are here to share current happenings in the bee industry. Bee Culture gathers and shares articles published by outside sources. For more information about this specific article, please visit the original publish source: Giant Queen Murder Hornet from China in 2004 Responsible for Invading Europe [Study] | Nature World News