Throughout its history, the National Honey Show has been held at various venues in and around London. 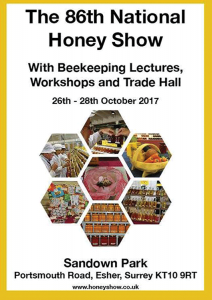 2007 was the last time the National Honey Show was held at the RAF Museum in Hendon in northwest London https://www.rafmuseum.org.uk/london/. That year, the show offered a program of eight lectures.  It was also the first year that workshops were held, limited to twelve attendees, held within the trade hall, one each day, on the preparation of exhibits for show purposes.

The RAF Museum was quite a popular venue with the additional interest of the museum next door.  The security was tight, access time restrictive but on the whole our years there were a great success.

However there came the time to move to a larger venue and a large public school a little further west became our home for the next eight years. St Georges College was available to hire only during school holidays so the Show moved to the last weekend in October.  Facilities included a larger room for lectures, which were in later years moved to a tiered lecture hall seating around 250. As the years went by even this hall became too small with standing room only. The school also offered classrooms, so we were able to expand the workshop program. Our workshop program now has six or seven parallel workshops each morning and afternoon of the show on topics additional to the preparation of exhibits from beekeeping exam preparation to beeswax modelling etc. After a year or two, the trade side of the show became too big and moved to a gymnasium in a separate building about 100 yards from the lectures, workshops and the canteen. Our luck with the weather in all those years meant we somehow avoided a dampened show despite the time of year.

During the St Georges Years two parallel sets of lectures were introduced, taking place in the smaller room where we had originally started our main lectures. On Friday, Bee Craft magazine sponsored and organised a series of lectures on their work by more newly qualified researchers. Then in response to requests, a series of Saturday lectures on a more practical level for newer beekeepers was introduced. 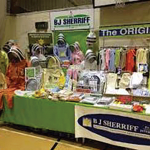 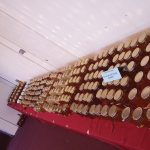 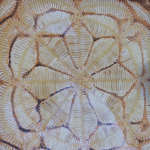 In 2014 a venture to video our main lectures was introduced. One of the London beekeepers was a professional news cameraman and his team produced the first set of videos available for the world to view on the National Honey Show YouTube Channel. These have proved so popular that we plan to continue this service into the future, to which end we need help.  If you watch and enjoy our lecture videos, any donation, any currency, will be gratefully put towards our educational program https://mydonate.bt.com/charities/thenationalhoneyshow.

In 2015 the weather in the UK must have been exceptional for the bees. We had such a high number of entries that the staging team had a huge challenge as to how and where to display them all. We had to turn traders away for lack of space . . . and it became overwhelmingly obvious that we had outgrown the venue.

So in 2016 we moved to Sandown Park Racecourse in west London. It is conveniently situated for the south and west of England and for Heathrow Airport. There is good access, accommodation nearby, ample parking, and with everything under one roof, no excuse to stay home if it rains. The venue has a good mobile signal, wifi, several lecture theatres seating around 400 – but if you miss one of our main lectures, there is the opportunity to catch up on YouTube from your armchair later. There are additional quiet rooms for workshops. The trade hall, canteen and competitive are all in the same hall. There is space for the array of skeps in the competitive class, new for 2016. We are delighted to be returning to Sandown Park in October 2017, 2018 and we hope, a long time into the future. 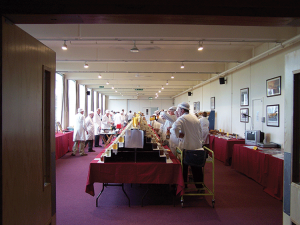 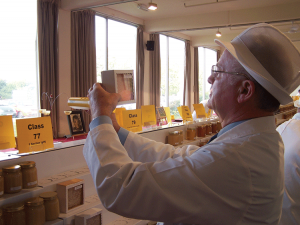 Looking back, the National Honey Show even with its long history, has grown almost beyond recognition over the last 10 years.  Visitors look forward to the event each year, its vibrant atmosphere makes it a great place to browse, catch up with the latest scientific news and to meet and chat with friends old and new.

The National Honey Show is a UK based, self financing, registered charity. All are welcome to visit, there is a very reasonable admission fee, or you can become a member by registering on line. http://www.honeyshow.co.uk.

We hope to see you here this month.

By Claudia Althoen In the lobby of the new building on the University of Minnesota’s St. Paul campus, small, honey-colored hexagons protrude from…