A Package Of Cookies, Some Rubber Bands, Sticky Tape And Your Jacknife.

Can you recall a time when you were stuck at a place you didn’t plan to be, with hours of time on your hands? Perhaps you took a friend to the emergency room and there was a long wait. Whatever the cause, you’re stuck there. What to do?

If you are a beekeeper, you might go outside and look at the blossoms to see what insects are pollinating them. You might see honey bees and wonder “Where are they coming from? Are there beehives nearby or is this a feral colony that is mine for the taking?”

Aha! There’s a question that will take some time to answer, and you have the time. But . . . your trusty bee lining box is at home. What to do?

I suggest you improvise a bee lining box. All you need is a box of Fig Newtons – the 6.5 ounce size, two rubber bands, two bits of tape, and your jackknife.

As you know, a bee lining box has two compartments, an outer one for catching bees, an inner one for holding them; and a door between the compartments. 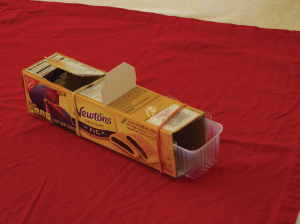 Improvised Bee Lining Box. Showing a Fig Newton box suitably modified by cutting a flap at the left end – with a rubber band for holding the flap closed. A sliding door in the middle divides the box into two compartments. The bee catching tray is shown partially slid open at the right end.
The wrapper that lines the box can be seen under the flap, where it serves as a window, and at the open end of the box where it is attached by a rubber band.

How to make the improvised the bee lining box:

Check: With the door closed (inserted into the slot), the tray should easily slide a couple inches in and out of the box.

How to use the improvised bee lining box: 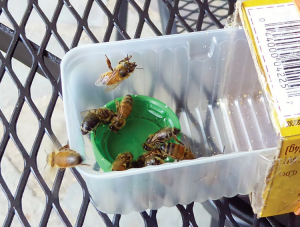 Part 2. Feeding the bees you caught

The bees will orient to the box, fly home, and if you are lucky, will bring back their sisters, starting a beeline you can follow to their home. For details on following a beeline, see any of these books: 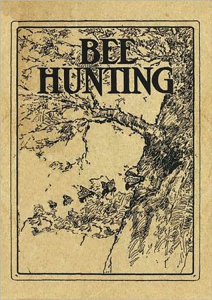 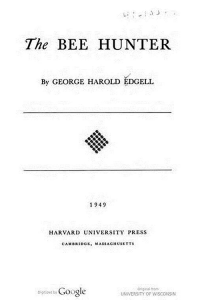 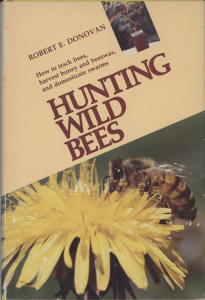 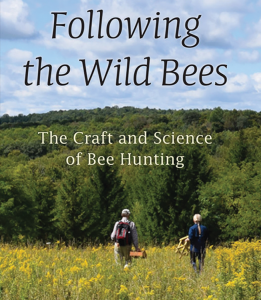 To conclude, the main point is that you can improvise a bee lining box from materials found in any corner store, and perhaps the items you need are already in your truck, in the trash bag. Use your imagination and make do with whatever you find. Finally, be kind to the bees and switch out that soda for 1:1 sugar syrup.

Frank Linton is an EAS-certified Master Beekeeper. He is the author of The Observation Hive Handbook. Version 2 is now available from the Cornell University Press. Frank hosts the websites http://thebeepeeker.com, a guide to observation hives and http://colonymonitoring.com, a guide to colony monitoring technology.