His plan is to save mankind!

In their dreams, most middle schoolers envision themselves pitching for the Cubs, or crooning their latest No. 1 hit to a screaming audience, or winning first prize at the next Comic-Con costume contest.

Jake Reisdorf’s plan is to save mankind. His parents are very proud.

The 14-year-old from Carmel, CA, a beekeeper tending 70 hives, has evolved into one of California’s emerging ambassadors for the plight of the honey bee, and the 7.4 billion human beings whose very existence hinges on its good health.

Reisdorf, an eighth-grader, has been recruited to talk to school kids, Rotary and Kiwanis clubs, the Monterey (CA) chapter of the Successful Thinkers Network, and as a lightning-round speaker at the first-ever bee symposium at the University of California-Davis, home of one of the nation’s top entomology departments. He was 11 then. He knows a lot more today.

“I’m constantly meeting beekeepers who have been doing this for years, and their families have been doing it for generations,” he said. “I’m always learning new things.” 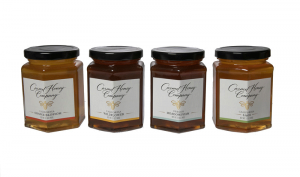 Jake also is CEO of the Carmel Honey Company, providing four varietals of honey – orange blossom, sage, Meadowfoam, and wildflower – to more than 80 wholesale clients, including chefs at many of the top restaurants in California.

He places and maintains hives on other people’s properties for a monthly fee.

And he started his own nonprofit charity, from which he donates proceeds from his company to organizations that promote honey bee research and education efforts.

The charity, by the way, was Jake’s idea.

“When Jake started the business, he said, ‘I need to give back in some way,’” said Becky Reisdorf, his mom. “We just kind of took that literally and called it ‘Jake Gives Back.’” 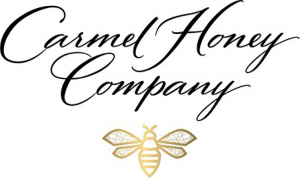 More information about all of the above can be found at carmelhoneycompany.com, a website that Jake, of course, built mostly by himself. In fact, that’s how his bee obsession began.

“It started as a fifth-grade project, when I was 10. I was assigned to design a website, and I did mine about honey bees,” he said. “I did a lot of research, because I wanted to make it as accurate as possible. That got me really interested, so I got my first hive, and it all took off from there.”

Becky and Jeff Reisdorf, a building contractor, and Jake’s 10-year-old sister, Brooke, also are elbow deep in the bee and honey business.

Little sis – “a girly girl,” according to her mom – doesn’t mess with the bees (she watched Jake’s eye swell shut from a sting one day), but she helps with the company’s ornate packaging and other necessary tasks. Mom and Dad help manage the business, and chauffer their CEO to talk to chefs, business owners, and other clients. They also escort him to seminars and conferences – some on the other side of the country – to advance his education (and theirs).

“Whenever we go to a conference, everybody looks first at my husband, then at me,” Becky said with a laugh. “We just say, ‘Nope, not us!’ and point to Jake.” 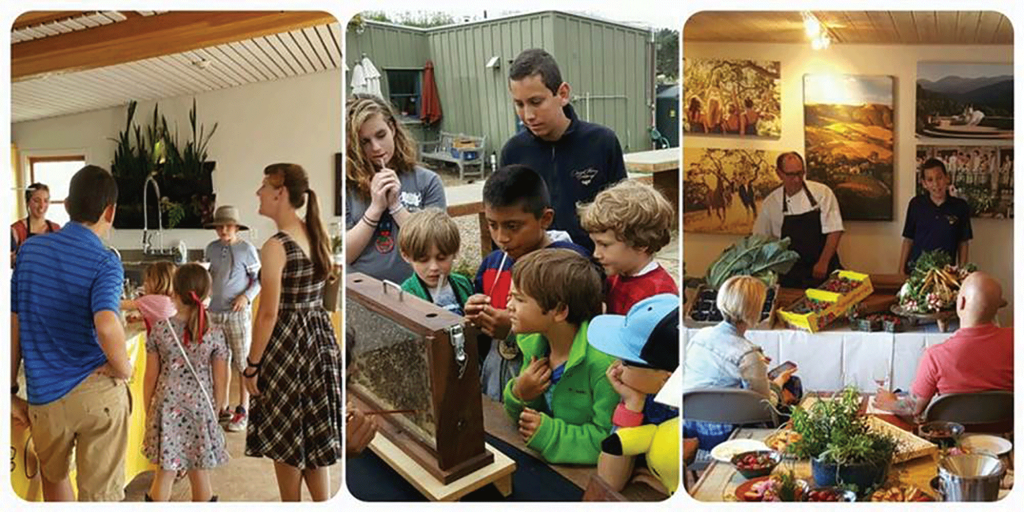 Father and son team up to maintain the hives, a huge and sometimes frustrating job, considering they lose about 40 percent of their bees each year – an attrition rate that is fairly typical.

Nowadays, Jake can speak with authority on topics like colony collapse disorder (pesticides, mites and rodents that wipe out bee populations) and deformed wing virus. He rails against the unhealthy practice of trucking bees from one location to the next for monocropping. And he has strong opinions about modern-day orchards.

“Back in the day, for every five rows of almonds there would be a row of wildflowers. That was perfect for the bees,” he said. “Now they enclose them, and they try to fit in a couple more trees per row, without as many wildflowers. We’re trying to work out better ways of doing it, a way to compromise, by raising awareness about bees. That’s why I give speeches and go to events. Honey bee pollination is responsible for one out of every three bites of food we take.”

Jeff Farrell, general manager of Earthbound Farms in Carmel, hired Reisdorf as his company beekeeper, maintaining nine hives, plus an observation hive. He also does educational seminars at Earthbound, talking to both adults and kids about the importance of bees in farming.

“I can’t say that I’ve ever met anybody like him,” Farrell said. “To be that young and passionate, and to have such an amazing knowledge base about bees is just amazing. I learn a lot from him, absolutely.”

The kid’s efforts and enterprises haven’t gone unnoticed. In 2015, Reisdorf won first prize in the Main Street Division of the Start-Up Challenge at California State University-Monterey Bay. That same year, he was presented with the Successful Thinkers Network’s Successful Thinking Award “in recognition for an innovative idea in the area of business, trade craft, or humanitarian endeavor.” And this past September, the family flew to Washington D.C., where Jake was honored as The SCORE Foundation’s Outstanding Young Entrepreneur for 2016. 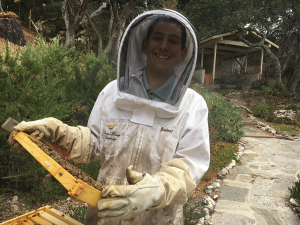 Jake doing what he loves to do.

Meanwhile, the close-knit community of fellow beekeepers has welcomed him as a symbol of hope. Teenaged beekeepers – particularly those who aren’t descendant from generations of beekeepers – are rare. Today’s average beekeeper is 57 years old, according to a survey conducted by the University of Delaware. Rarer still is a teenager in charge of his own honey company.

“You hear stories of kids his age starting their own companies, but in beekeeping, I think he almost stands alone,” said Bernardo Nino, staff research associate at the El Nino Bee Lab, a research, outreach and extension center at UC-Davis where Jake and his father are enrolled in the California Master Beekeeper Program. “Jake is substantially ahead of the curve. He’s already at the head of the business. Honey, beekeeping, and hive placement are in vogue and gaining traction right now, but he’s essentially competing with people who have a degree in some sort of biological or environmental science. He’s 14.”

The Carmel Honey Company is doing well, adding wholesale clients every week, retailing the product via the website, and providing managing hives for others.

For Jake, it isn’t about the money. Every penny, so far, has gone right back into the business, and he takes out the trash and does other household chores for his $20-a-week allowance. Neither the CEO, his parents, nor his little sister draws a salary. But they do have goals.

“Selling that very first jar of honey was probably the biggest moment,” her husband said. “I think a lot of business people feel they need to get their website up and running, and get everything else set before they try to sell their product, but at some point you have to determine whether the public wants what you’re selling. Jake made his first sales to kids at his school. Then teachers. Then he started selling at farmer’s markets, where he started to find people who wanted hives in their backyards. That’s really how it all began.”

Truth be told, he envisions a future in which he travels the U.S. and the world, educating others about the importance of the honey bee, rather than seeing himself as a beekeeper with a thousand or more hives in his backyard.

Becoming a honey baron . . . that would be nice.

Saving the human race . . . that would be better.