In the September 2018 issue of Bee Culture we explored what a world in which honey bees and pollinators are scarce might look like. This month we take the opposite tack and look at what a world would look like where pollinators are able to flourish and prosper. After all, if you can’t imagine or envision the solution to a problem, there is no way you can manifest the solution into reality.

What would it mean to live in a world where pollinators thrive? The answer for pollinators and all individual organisms certainly has to do with their ability to live, flourish, and reproduce. It means that we humans would have to change our thinking and attitudes and accept a certain kind of moral respect for the myriad of pollinators from flies, beetles, butterflies, and moths, to bats, birds and even small mammals; not just bees. Since pollinators require a healthy ecosystem to flourish, all the nonhuman entities, the plants and animals in the wild, need to be valued for their own dynamics and contributions that are independent of human purposes.

But how do we figure out what is good for a specific species or an entire ecosystem? And how does one go about balancing the divergent responsibilities we have toward various human and nonhuman entities? Nature and natural entities are not able to speak for themselves. The best we humans can do is to hypothesize about what is best for other beings based on what we have learned from science and experience. Here, the biophysical and ecological limits of the planet can give both a moral motivation for respecting nature and an indication about how to go about this. In fact, the present destabilized condition of the whole biosphere is a symptom of our troubled relationship with other living organisms and, at the same time, an indicator that provides clues regarding the paths we can follow to rebalance our relationship to the natural world.

The initial step is for us to admit that interests other than human ones are important and should be taken into account. This step has been initiated by Ecuador, the first country to recognize the rights of nature in its constitution. Rather than treat nature as private property under the law, Ecuador’s “Rights for Nature” articles acknowledge that nature with all its various life forms has the right to exist, persist, maintain and regenerate its vital cycles. Further, the constitution provides that – we the people – have a legal and moral authority to enforce these rights on behalf of ecosystems.

The designation of rights given to nature mean that the commonly held view that prioritizes the world around us, by what it can do for us, is no longer held by the majority of people. All too often our current capitalist economic system does not seek to protect the natural world but instead values human convenience and profit, often described as “wise use”. This perspective all too often leads to the destruction, degradation, fragmentation, and exploitation of ecosystems and the plants, animals and minerals that inhabit them. In a world where pollinators thrive, beekeepers and all farmers would be encouraged and supported in having off-farm sources of income. In the old days, prior to the development of industrial beekeeping/farming, most people were farmers/homesteaders, but these beekeepers and farmers typically had other professions that they practiced at the same time. Having an alternative source of income reduces the stress that is created by the incentive to push livestock and crops in order to maximize profits, compared to when the farm or apiary, is the sole source of income. Another way that beekeepers avoid situations where they may be tempted to push their bees to make more money is by avoiding going into debt and paying interest on loans. The Muslim observance that charging interest on loans (or bonds, money exchanges, etc.) is evil and forbidden becomes main stream. The biblical practice that wipes away all debt every seven years, known as Jubilee might even be adopted.

This means that to create a world were pollinators thrive, rather than accept the continuous destruction of pollinator habitat in the name of growth and development, the health and well-being of pollinators and other wildlife (both flora and fauna) becomes an integrated part of all building and development projects. For example: Pollinator plantings are always first and foremost considered when designing landscaping for a project. Setting land aside for wildlife, maintaining wildlife corridors, and practicing construction techniques that are the least disruptive, nontoxic, and highly energy efficient becomes the norm rather than the exception.

Human-scale farms based on ecological agricultural practices have replaced the industrial farms that dot our landscape. The incredibly inefficient and wasteful industrial agricultural practices that burn more calories of energy than the calories of food energy they produce, are replaced with more efficient organic, biodynamic and permaculture techniques. (Shepon 2016, Lipinski et al. 2013, Pimentel 2003). Rather than a constant annual increase in pesticide use, (Atwood 2017) fewer and fewer toxic chemicals are spread throughout the countryside each year. In the few instances where chemicals are used, evidence must be provided to prove that pesticide use is necessary and then the least toxic and persistent pesticides are utilized and at the minimum levels required to do the job. Because of these changes, biodiversity in and around farms is increasing rather than decreasing. (Hooper 2012, Reich 2012) 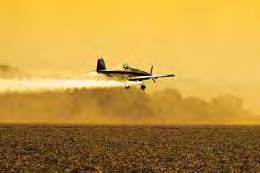 Stressful long-distance migratory beekeeping is no longer necessary since most orchards and farms are able to obtain adequate pollination from the wild and native pollinators that live on and round the farm. To supplement the wild pollinators some honey bees are available locally, typically right on the farm, to make up for the few situations where native pollinators are unable to do the job on their own, as well as to provide the farm with honey, bees wax and other valuable hive products.

Farms become more productive due to the elimination of food waste as a result of small or misshapen fruit and vegetables that are not marketable as a result of inadequate pollination. Farms are also more productive because now these smaller-scale farms are able to harvest several crops from a single piece of land each season rather than just one. By not having to spend so much money on pesticides, and running and maintaining expensive farm machinery, farmers are able to instead invest it in hiring more help creating plenty of work for the unemployed and under-employed.

The reduction in pesticide use that would need to be associated with a world were pollinators flourish also increases the health and abundance of soil micro-organisms which in turn increase the amount of carbon that plants are able to sequester in the ground. Since almost all farms are using carbon sequestration farming techniques such as constant cover cropping, no-till, low or nopesticide and chemical fertilizer use, and intentional carbon grazing (mob grazing) of herbivores, many of the problems associated with the destabilization of the climate from green-house-gas emissions are greatly reduced and carbon buildup in the atmosphere is reversed. Because of this, the protein content of pollen reverses its decades long decline and begins to increase, improving the nutritional health of our pollinators.

Most of the issues that aggravate our nation’s health care crisis, have been resolved. More people are working on farms and so they are getting plenty of fresh air, sunshine and exercise. Since most food is now eaten within 100 miles of where it is produced, it is fresher and tastes better. Foods are also healthier to eat since they have fewer chemical pesticide residues (Baker 2010, Kouba 2003) and a greater abundance of nutrients. (Worthington 2004, Crinnion 2010, Średnicka-Tober 2016)

There are fewer wars and violent conflicts throughout the world now that food scarcity has been largely eliminated. Refugees and migration that come about as a result of economic stress is greatly reduced as people all over the world are able to more easily find work, many on local farms.

Nature and its denizens are no longer seen as a passive substrate that can be endlessly appropriated, manipulated, and controlled by humans. The dependence and dynamic relationships between human beings and the natural world have been reconsidered, as have the values we ascribe to nonhuman entities. Thus, in a world were pollinators thrive, honey bees are not treated disrespectfully and many common management techniques that push them in order to maximize profitability, while reducing their health and wellbeing at the same time, are no longer practiced. Beekeeping best management practices have been rewritten and radically changed.

For example, since each queen has its own unique set of DNA and carries the genetic code for the super organism, every colony, whether full size or nuc, is rightfully considered an individual. Each colony is valued and respected for its intrinsic worth rather than the profit that can be squeezed out of it. Therefore, nucleus colonies are no longer viewed as a “half a hive” and regularly “harvested” for brood, bees, queens, honey, or other things for use in another colony. Rather than create nucleus colonies in order to replace yearly losses, nucs are made primarily in an attempt to keep all the booming overpopulated hives from swarming. When pollinators are thriving, killing the queen that heads a colony and replacing her, effectively killing the old colony and substituting a new one, becomes unnecessary since most of the rationale for re-queening no longer exist. Each colony is allowed to live out its life in full.

In a world of thriving pollinators, bees primarily die of “natural” causes, such as failing to successfully replace their queen after swarming. Feeding rarely is required since there is an abundance of forage available throughout the season and beekeepers are careful not to harvest too much and to leave plenty of honey for the bees to see them through times of dearth.

For a world to exist where pollinators thrive, today’s beekeepers must lead the way – reducing the systematic paving of the land in concrete, supporting small scale ecological-agriculture, avoiding pesticide use, growing a garden, keeping out of debt, becoming a producer not a consumer, recognizing and speaking up about the terrible state of things and a willingness to work with others to make and support changes today that will create the world we, and the pollinators, need for a healthy tomorrow. It is not necessarily our responsibility to complete this work, but it is our responsibility to move the ball forward in a graceful and relentless way.