In the late nineteenth century, before freezers and food preservatives, bakers in some of the metropolitan areas produced Honey Jumbles, a delicious snack that improved with age.

One company in Wisconsin used ten tons of honey a year in their manufacture. Beekeepers wanted the secret formula. Somehow, Dr. C.C. Miller, a regular columnist in Gleanings in Bee Culture, acquired the recipe and shared it in his December 15, 1896 Stray Straws Column: 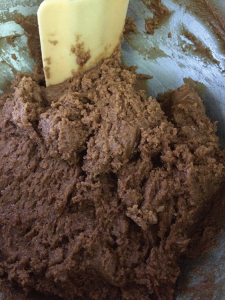 Ernest Root, the editor of Gleanings, considered this recipe a “real acquisition, if it was actually the real formula.” Writers and editors of bee magazines aren’t necessarily expert cooks. Dr. Miller set his “women-folks” to the task of reducing the formula for the home kitchen.

The result was a great success. Dr. Miller sent some samples to Ernest Root, who pronounced them as good as or better than the commercial product. More a chemist than a cook, Ernest felt the proportions should be exact. He republished the recipe in January 1896 using pounds, ounces and gills as the units of measurement.

In the February issue of Gleanings, Ernest further reduced the recipe and converted it to common kitchen measures. In the March issue, responding to a reader’s question, he finally explained how you actually make Honey Jumbles.

Honey Jumbles were such a big deal I had to try them. Ernest’s final directions still left out details like baking temperature and time, but that was not unusual for his day. 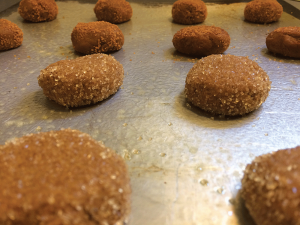 Wood and coal stoves ruled the kitchen in 1896, so precise temperature and cooking time were not usually a part of recipes. The People’s Cook Book from 1882 tells cookie bakers to “roll thin and bake quickly.” The 1905 Monarch Cookbook gives similarly vague cooking directions. “Bake on a buttered tin sheet”, “cook until done”, and “bake in moderate oven” are the types of directions given. It was assumed you knew how to use a wood fired oven without a thermostat, because that was how everyone cooked.

I enlisted my own “woman-folk” for help with the recipe. As a 30 year veteran of cooking with both wood fired and modern gas ovens, Nancy could convert an old recipe to fit a modern kitchen. She threw me out of the kitchen and whipped up a batch. When they came steaming out of the oven, I could hardly wait to try them. 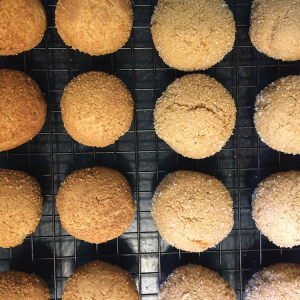 How did they taste? Good, but not exciting. The original Honey Jumbles are simple cookies, made without spices, chocolate chips, nuts, and other added ingredients people enjoy today. The original recipe is worth trying for a taste that was appreciated by your ancestors. We were able to improve upon it significantly by adding a few spices and either rolling them in sugar before baking or adding some frosting.

Honey Jumbles stayed fresh tasting in an era before preservatives and refrigeration were available. Ours lasted for two months and tasted as good as they did on the first day. Ernest Root must have saved some of the original Honey Jumbles that Dr. Miller sent him. In December of 1910, he said those Jumbles tasted as good as fresh after 12 years.

You can find recipes and images of Honey Jumbles online. They are usually lozenge or cookie shaped and frosted. The originals had a hole in the center, like a flat doughnut. Make a batch for your next bee club meeting. Maybe they’ll make you chairperson of the refreshment committee.

Melt shortening and blend with honey and molasses. Add half the flour along with the other dry ingredients. Stir in water and vanilla. When thoroughly mixed, add the remaining flour. If the dough is too sticky to handle, add more flour until you can handle it with floured hands and roll it into balls. Compress balls, and place on a greased cookie sheet. Bake at 350 for 10-15 minutes.

Peter Sieling keeps his bees, builds things and bakes at his home in Bath, NY.

Three Generations of Beekeeping by Ross Conrad The son of Czechoslovakian immigrants, Charles Mraz (1905-1999) kept bees in Woodside, Queens, an enclave of Czech…