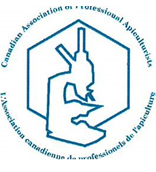 The Canadian Association of Professional Apiculturists (CAPA) and Provincial Apiarists coordinated the annual honey bee wintering loss report for 2020-2021. As in previous years, the survey consisted of harmonized questions based on the national beekeeping industry, with Provincial Apiarists collecting survey data across all provinces. Respondents collectively operated 398,961 honey bee colonies across Canada, representing 52% of all colonies wintered during 2020-2021. The national winter loss, including non-viable bee colonies, was 23.2% with provincial losses ranging from 12.2% to 32.2%. The overall national colony loss reported in 2021 is slightly less than the average reported losses since 2007 (25.8%). Despite these reported annual losses, through the hard work of beekeepers replacing dead and weak colonies and making increases, Statistics Canada reports that the total national colony count has increased by 26.7% during the period between 2007 and 2020.

Each province ranked the top four suspected causes of colony losses as reported by respondents. These varied from province to province. The most frequently cited causes of colony losses were poor queens, weak colonies in the fall and ineffective varroa control. When asked whether COVID-19 related issues had an impact on winter mortality, respondents reported a low impact (mean of 1.3 to 3 on a scale of 1 to 10). For beekeepers who reported a higher impact of COVID on winter mortality (score of 6 and more), the most frequent issues were access to labour, access to bees and access to supplies.

Beekeepers also responded to questions on the management of three serious parasites and pathogens to beekeeping: Varroa destructor, Nosema spp. and American Foulbrood: Paenibacillus larvae. The majority of beekeepers in most provinces reported that they monitored for varroa mites. The most commonly reported varroa treatments were: Apivar@ or formic acid treatments in the spring; Apivar@ or formic acid in the summer or fall; and oxalic acid in late fall. Many Canadian beekeepers treated their colonies to mange the risk of nosemosis and American foulbrood. Across the country, registered antibiotics were the commonly used treatments; nevertheless, methods and timing of application varied from province to province.

Provincial Apiarists, technology-transfer personnel, and researchers have been working with beekeepers across Canada to encourage them to monitor for honey bee pests, especially varroa mites, brood diseases, and nosema, and adopt recommended integrated pest management practices to keep these pests under control. CAPA members continue to work through working groups encompassing diverse stakeholders to educate and to develop and improve management options for beekeepers to keep healthy bees and manage winter loss in Canada.