The world of Honey Bees, even though small in comparison to other hobbies or businesses, is full of humans who have a passion for, even a Love of bees from a science, environmental, botanical, personal and I am sure a spiritual perspective. Honey bees do that to a person who is paying attention. Honey Bees are so simple yet diverse in all their biology and so explicitly advanced in all they do and can do and can adapt and adjust to that many times they are the model for understanding parts of ‘us’.

One of these people with a passion for Honey Bees is Dr. Gene Robinson, University of Illinois, Dept. of Entomology, Director, Institute for Genomic Biology Swanlund Chair of Entomology. Big title for someone who may not always be recognized as an everyday Beekeeper. Gene uses genomics (study of DNA and gene activation) and systems biology to study how social life began and its evolution itself from solitary behavior (solitary bees) to the Honey bee we know now with its very social society, division of labor, castes, dance language, foraging and navigation etc.. I don’t want to dive so much into the ‘scientist’ Dr. Gene Robinson but give you a flavor of his passion and how he got to where he is today. You can go to www.life.illinois.edu/entomology/faculty/robinson.html to learn more about the scientist part of this really smart, interesting person who loves honey bees. 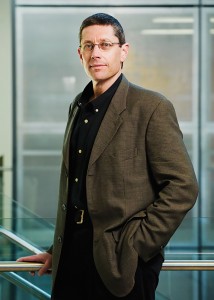 I have had the pleasure of knowing Gene for a very long time when he and I were both young and good looking. Actually he is still good looking. I had the pleasure of visiting with Gene when he came to St. Louis to speak at the Danforth Plant Science Center, Conversations Program. The Danforth Plant Science Center is the largest independent not-for-profit plant science research institute in the world. A very amazing place. The Center believes that advances in plant science can improve food crops, develop sustainable bioenergy crops, create technology, form new technology companies and train the next generation of scientists. The scientists at the Danforth Center know how important honey bees are to the breeding and survival success of plants. Go to their web site, www.danforthcenter.org  to learn more about this great institute.

Let me share some things with you about Gene Robinson, that I didn’t know, that I think makes his journey in this world in which we all share and are engaged much more real and interesting. And maybe even perhaps a glimpse as to why he has been so productive with his students and staff in understanding those things that are fundamental to Honey Bee biology but has those fundamental basic gene linkages to us and what makes us social creatures.

Gene at 18 years of age went as volunteer to a kibbutz (communal farm) in Israel. They had him driving tractors and preparing fields, picking grapefruit and all sorts of farm grunt labor they needed from an 18 year. One day someone came to him and said we need some help with the honey bees. This wasn’t a backyard deal, the farm had a about a 1,000 colonies. Gene was tired of picking grapefruit and this was something brand new that he had never experienced before. Little scary, but new and different and had to be better than picking grapefruit all day. He got out into the Apiary locations, saw the colonies, opened them up, was immediately overwhelmed with the sights and smells of a bee yard and was amazed at being invited into a Honey Bee colony’s world and the incredible organization of this insect. He was hooked. Does this sound familiar for you – it does for me.

He had a challenge though to overcome, his Mom. His Mom wanted him to be a Doctor or a Lawyer not a BEEKEEPER! So over the next few months in calls and letters he gently and slowly let her know of this new passion for honey bees and how he wanted to have that be in some way his career path forward. His Mother eventually accepted this and told him that if he didn’t want to be a Doctor or a Lawyer, that if he stayed with Honey Bees, he had to get a PhD. no ifs, ands or buts. To learn more about Honey Bees Gene worked for a well known queen producer in California, volunteered in Columbia, South America to teach Beekeeping and got his BS in Entomology at Cornell. He was super fortunate to be able to have as his major professor at Cornell, Dr. Roger Morse and under him earned his Masters and PhD.

Gene was still intrigued with how genes regulate behavior and how this behavior developed and evolved. He wanted to know how a worker makes a decision – was it genomes or hormones or a back and forth of both. He wanted to know how out of 20,000 or so species of bees how Sociality developed. What brings individuals together to form groups?  And why does an insect go from solitary bees to temporary small colonies to permanent small colonies that aren’t perennial to the western Honey Bee Apis m. with a full robust socially diverse perennial colony? We understand the societal gains brought by this evolution now, but what genes were turned on or off or mutated to allow for social colonies of bees.

Gene wanted to “look under the hood” at the molecular level to see what similarities the genome of other organisms had to Honey Bees. He wanted to understand these molecular building blocks that make Honey Bees, Honey Bees and how that same process has made herd animals and birds and microbes and humans social creatures that get survival value from being social. And Gene has been able to answer some of these questions already but, there is so much more to discover and learn.

When Gene was introduced to the 300+ audience that packed the Danforth auditorium to hear him, they were told that he was the Michael Jordan of bees. Pretty nice tribute. He informed the audience of his love of honey bees and how he had progressed in his appreciation and awe and wonder of Honey Bees from his first experiences at the kibbutz and they were enthralled with the honey bee colony and all it does as Gene painted a verbal picture for them.

He was asked questions about honey bee health and CCD, and Varroa and flowers and what they could do to help honey bees. He answered all their questions and there were 300+ smiles.

For me, an old jaded beekeeper, he reinvigorated me and helped me see the fundamentals more clearly again. Bees are amazing for many reasons. Their contributions to us and the environment are oversized. Honey Bees are overachievers because they have so much impact on our activities as a result of pollination. At this date and time bees need our help.  The one statement that Gene made that I want to remember is, “Let’s put honey bees in the equation in all things”. That’s how important they are and that is why Dr. Gene Robinson might be the Michael Jordan researcher of bees.