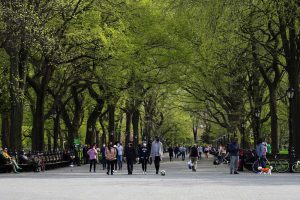 Premature greening in urban trees could have negative environmental and economic impacts, a new study has found.

If you live in a big city, you might see trees start budding even before spring officially arrives.

A new article published in the journal Science found that trees in urban areas have started turning green earlier than their rural counterparts, due to cities being hotter and also having more lights.

Meng is a postdoctoral fellow at the Lawrence Berkeley National Laboratory. Her research collected observations and satellite data from 85 cities in the United States between 2001 and 2014. 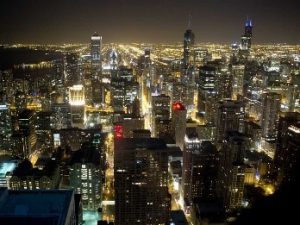 While the early appearance of spring and longer growing seasons may not seem like a big deal, Meng said there were serious implications for humans, pollinators and wildlife.

For one, early budding plants are at risk of spring frost. And changes in the growing season could also lead to an earlier and more intense pollen season, meaning a higher risk of allergies for humans.

Meng also speculated this could lead to a bigger problem if the trees became out of sync with the insects that pollinate them.

“That may result in food shortage and may just affect insect development, survival and reproduction,” she said.

The changing greening cycles might also have negative economic implications, especially in places that rely on seasonal changes to draw tourism, according to Theresa Crimmins, the director of the USA National Phenology Network.

“Springtime warm temperatures which drive the flowering have become so much more variable,” she said.

“There’s a number of situations where across the country a lot of smaller towns have festivals to celebrate a particular biological phenomenon, like tulip time or a lilac festival.”

Despite the concern, Meng said it wasn’t all bad news.

“If we have a longer growing season, trees would absorb more carbon dioxide from the atmosphere,” she said.

“They’d have a longer period to do the cooling effect that can help mitigate the urban heating effect in cities.”

In terms of solutions, Meng said selecting different types of artificial light would minimize harm done to trees and that if light pollution was removed, early tree greening could be reversed.