From Zookeeper to Beekeeper: How One Entomologist Found Her Way to Bee Research 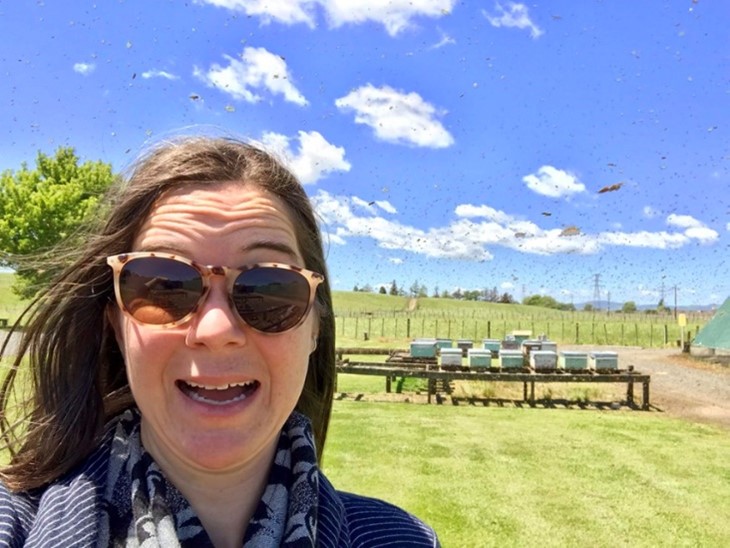 Ashley Mortensen, Ph.D., began her career as a zookeeper, and she picked up beekeeping as a hobby. Later, she pursued graduate studies in apiculture, which led her to her current role as a senior scientist in the Bee Biology and Productivity Team at the New Zealand Institute for Plant and Food Research. Here, she pauses during a visit to one of the institute’s research colonies during a swarm.

Editor’s Note: This is the next post in the “Standout ECPs” series contributed by the Entomological Society of America’s Early Career Professionals (ECP) Committee, highlighting outstanding ECPs that are doing great work in the profession. (An ECP is defined as anyone within the first five years of obtaining their terminal degree in their field.) Learn more about the work ECPs are doing within ESA, and read past posts in the Standout ECPs series.

Ashley Mortensen, Ph.D., received her doctorate from the University of Florida under Jamie Ellis, Ph.D., and then faced the challenge as an early career professional of moving to a new country with her family. Mortensen is a senior scientist in the Bee Biology and Productivity Team at the New Zealand Institute for Plant and Food Research where she develops, secures funding for, and oversees the completion of research projects related to bee biology and behavi

Mortensen: I haven’t always had a strong interest in insects in particular. I have always been really interested in animal behaviour and biology. I studied animal science during my undergraduate programme and then got what I thought was my dream job as a zookeeper caring for a variety of species including okapi, snow leopards, elephants, gibbons, and tamarins.

What drove your interest in pollinators?

I left my position as a zookeeper to move out of state for my partner’s career and got a job as a vet nurse. I then started doing wildlife rehabilitation as well to fill the wildlife niche that was missing in my life after leaving the zoo. One of the other rehabilitators at the organisation I volunteered with had just started keeping bees, and it sparked my own interest to start keeping bees as a hobby. As I learned more about bees, I became fascinated with their biology and behaviour, and then I began a graduate study programme in apiculture.

What do you find the most challenging about your current position?

Managing people. I have had a lot of past experience in independent projects or roles in which I was following the direction of a supervisor. This is my first position where I have overseen and been responsible for the productivity of several direct reports. I am still learning how to best facilitate accountability, productivity, and positivity in my team.

What is your favorite part about what you do?

I really enjoy getting to identify a question, explore hypotheses that answer that question with a group of enthusiastic colleagues, and then go out and test those hypotheses.

What is your biggest goal to accomplish in your career?

I would like for the results and conclusions that come out of my research programmes to be regarded as creative, innovative, considered, and robust.

You recently relocated to New Zealand for your position. What was that like? What cultural challenges were there, and what do you like the best?

Moving to New Zealand was an exciting adventure. The economic drivers of the beekeeping industry are a bit different here from in the U.S., and therefore there are different pain points in bee management and pollination here as well. Culturally, my whole family has loved learning more about Māori culture and the history of Aotearoa (New Zealand). The biggest challenge has been moving from Florida to a place that gets cold and has a proper winter!

If you could go back in time, what advice would you give to your undergraduate student self?

There is still plenty of opportunity past university. You don’t have to have all of the answers about who you are going to be and what you are going to do for the rest of your life right when you graduate.

What advice would you give students transitioning from a graduate student position to a professional position?

Build a support system for yourself: Find good mentors that you can look to for guidance and advice when needed; and, just as importantly, identify “your people” (colleagues, friends, family, etc.) that are in the same career or life stages as you and who can offer support and validation when you need it.

You are a mother of two young children. What specific challenges does this present? Conversely, what positive impacts does this have on your life and career?

Having a family presents obvious constraints on my availability and flexibility at work, but it also forces me to clearly define my work and (just as importantly) my not-work time. I started graduate school with one child and had my second in the first year of my Ph.D. I believe the responsibility to my children has forced a level of work-life balance that I think many early-career scientists struggle to maintain.

If you could be an insect, which would you choose and why?

Drone fly, because you’re constantly mistaken for a bee and even end up on nature magazine covers because people think you are a bee, but you’re just a really sneaky fly.

From Zookeeper to Beekeeper: How One Entomologist Found Her Way to Bee Research 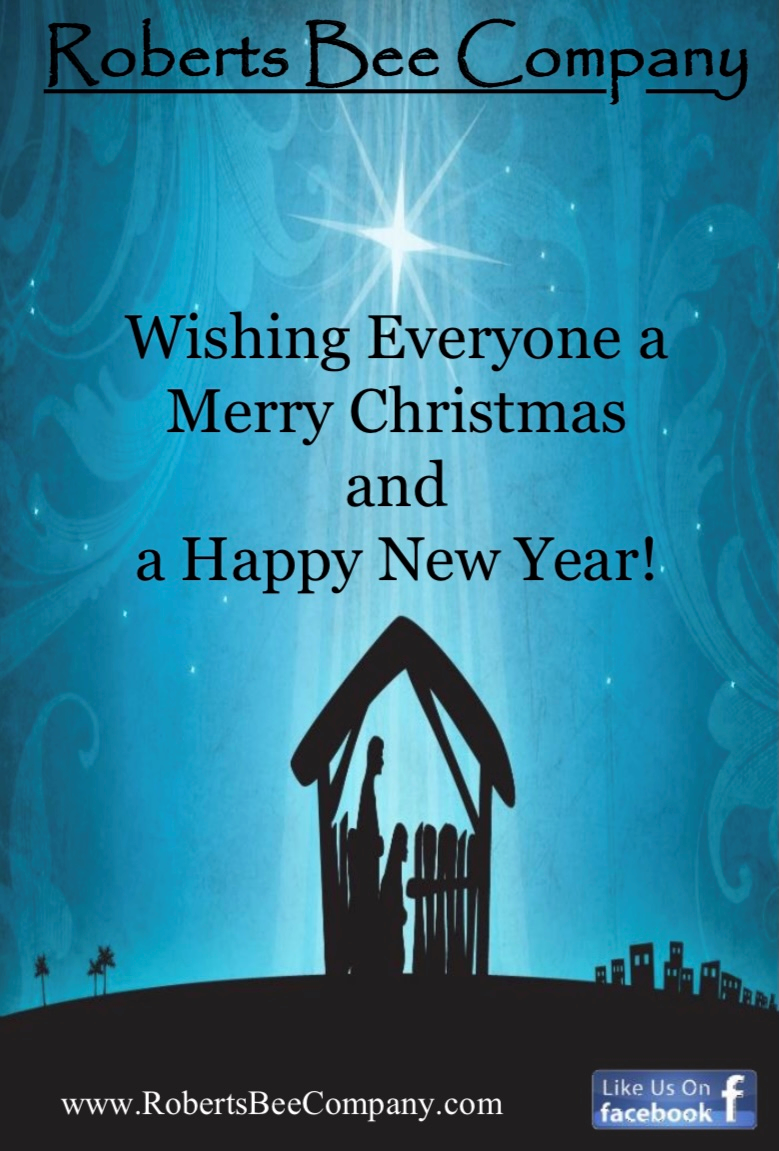