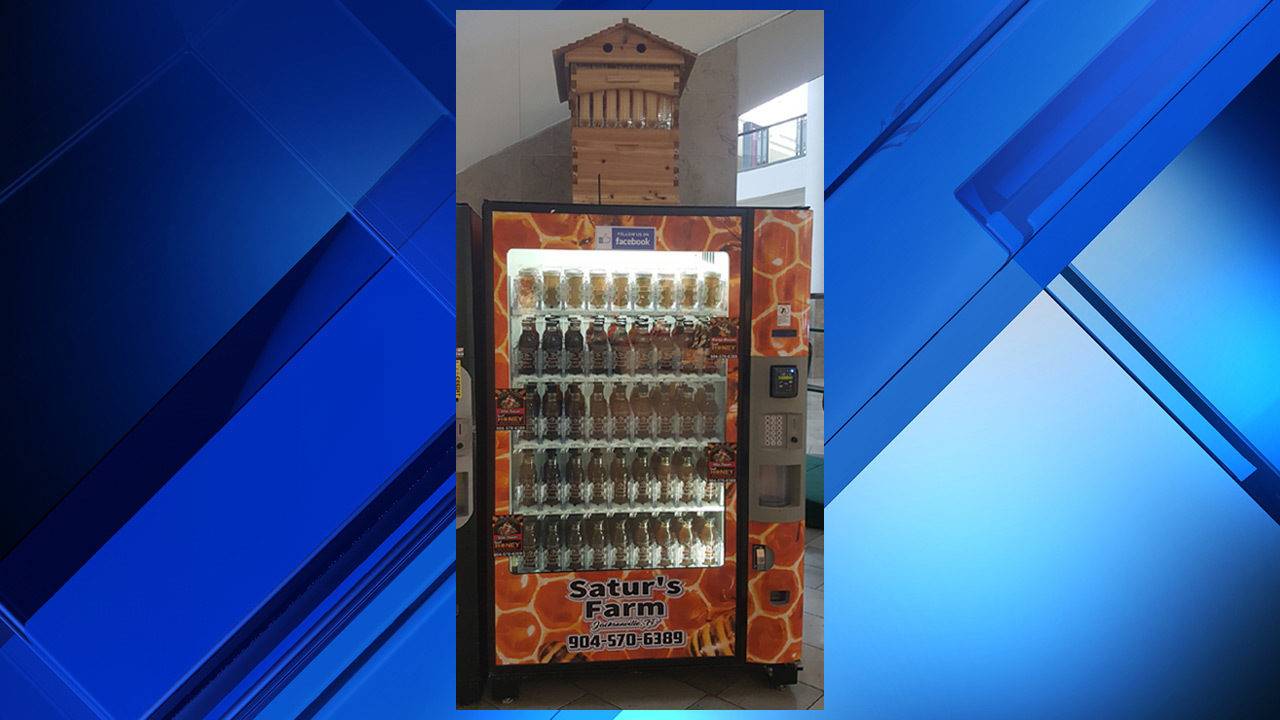 A vending machine that dispenses honey is now at the Avenues Mall. (Photo courtesy: Harry Satur)

JACKSONVILLE, Fla. – Next time you go to the Avenues Mall on Jacksonville’s Southside, you may notice a different kind of vending machine.

It dispenses local honey from Satur’s Farm, which is a mobile honey farm.

On Tuesday, News4Jax called the owner, Harry Satur, who said he drives around with the honeycombs on a trailer, usually on the Westside and in Mandarin. He also sets up roadside stands, normally on Hodges Boulevard and J. Turner Butler Boulevard but also at the Ramona Flea Market and Pecan Park Flea Market.

Satur said he saw the vending machine concept in Europe and thought it’d be neat to have in Jacksonville. He said Simon Malls wants to put more of these machines in its malls.

P.S. Have you seen our newest column in Bee Culture? It’s called ALL AROUND THE BEEYARD. Simply put, it’s a page of good ideas sent in by readers to make life in bees faster, simpler, easier, cheaper and better. Good ideas home grown and shared by those who saw a good idea. If you have a good idea you’d like to share, give us a paragraph or two on what it is, and a drawing or photo of what it looks like if that is needed to better share the idea. Send it in an email to Jerry@Beeculture.com, with All Around in the subject line. Best of the month wins $100.00. The others get a free 1 year subscription. How cool is that?