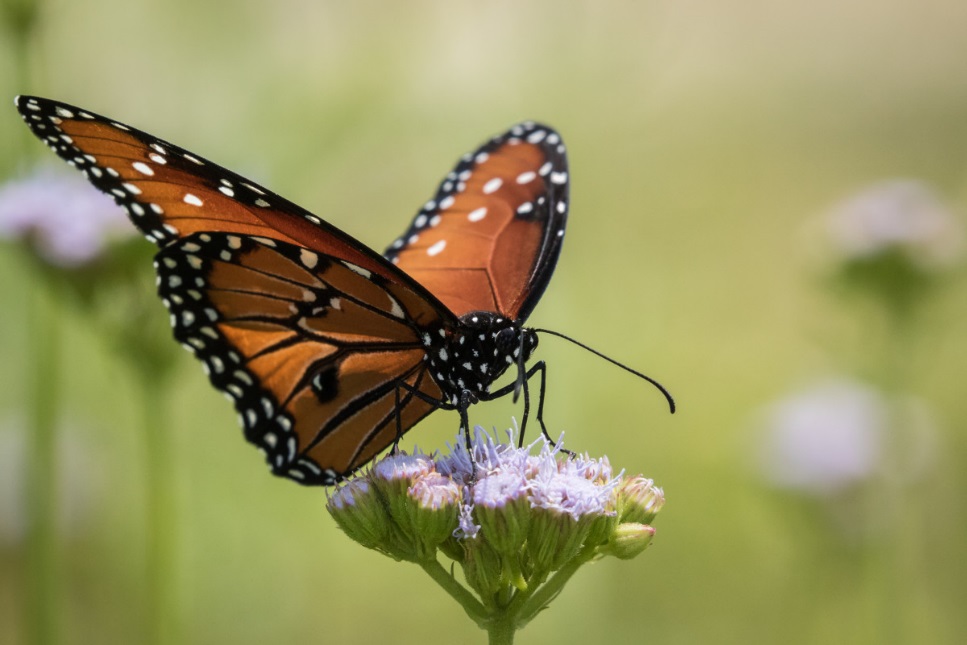 (Photo: The River and The Wall)

Many pollinator insect species like bees, butterflies, and hoverflies are on the decline, due in large part to habitat destruction driven by conversion of land to agricultural fields and urbanization. But, while cities are generally considered to be poorer in biodiversity than rural areas, new research finds that urban areas could actually play a key role in conserving pollinator communities.

A team of researchers led by scientists at the United Kingdom’s University of Bristol studied pollinators and floral resources at 360 sites in four British cities representing all major urban land uses, including allotments (community gardens), cemeteries, gardens, man-made surfaces like parking lots, nature reserves and other green spaces, parks, sidewalks, and road verges. Their findings are detailed in a paper published in the journal Nature Ecology and Evolution earlier this month.

“Allotments and gardens supported the highest bee and hoverfly abundances, while man-made surfaces (for example, car parks and industrial estates) supported the lowest abundances,” the researchers write in the study.

Previous studies of pollinator communities in cities have been smaller in scale, focusing on a small subset of urban land uses or pollinator species. This is the first study to examine pollinator communities as a whole in entire urban areas, according to Dr. Katherine Baldock, a researcher with the School of Biological Sciences at the University of Bristol and the study’s lead author.

“Pollinators are under threat from multiple factors including more intense farming, climate change, disease and changing land use, such as urbanization,” Baldock says. “However recent studies have suggested that urban areas could actually be beneficial, at least for some pollinators.” For instance, Baldock pointed to a 2015 study, which she also led, of 12 towns and cities in the U.K. that found there were higher numbers of bee species in those urbanized areas than in neighboring farmland.

By understanding the impact of each urban land use on pollinators, Baldock added, we can make cities more hospitable to pollinators. Ensuring healthy populations of pollinators in urban areas, in turn, would benefit native plants and ecosystems as well as people who grow food in residential or community gardens—and could aid in the conservation of pollinators more broadly.

Baldock and her co-authors make a number of recommendations to help policymakers and urban planners more fully realize the potential of cities to contribute to pollinator conservation.

“Our results suggest that community gardens (known as allotments in the U.K.) are good places for bees and other pollinating insects, and that creating more of them will benefit the pollinators in towns and cities,” Baldock says. “These sites have been shown to be beneficial for human health and well-being, and they can also help boost local food production. Local authorities and urban planners need to recognize that creating more community gardens is a winning move, which will benefit people, pollinators, and sustainable food production.”

The researchers also recorded high numbers of pollinating insects in residential gardens, which make up between one-fourth and one-third of the total area of the four cities included in the study. Urban planners and developers should include garden plots in all new housing developments, and all garden owners could improve their gardens by planting plants that pollinator insects prefer.

Though parks, road verges (also known as medians), and other green spaces collectively make up about one-third of the cities studied, the research team found far fewer pollinators in those areas than in gardens. “Our results suggest that increasing the numbers of flowers in these areas, potentially by mowing less often, could have a real benefit for pollinators (and save money),” Baldock says. “In the U.K., there are already several initiatives underway to encourage local authorities to mow less often.”