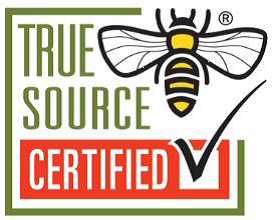 Washington, D.C. – September 2, 2015 – The non-profit True Source Honey CertificationTM Program (www.TrueSourceHoney.com), whose mission it is to protect consumers, retailers and manufacturers from illegally sourced honey, has issued an alert concerning honey labeled as coming from Thailand or Taiwan. Honey importers, retailers and manufacturers are advised to proceed carefully and consider additional safeguards if they are buying low-priced honey labeled as produced in Thailand or Taiwan, such as ensuring that honey imports are certified by an independent third party. Thailand currently has one True Source Certified exporter, while Taiwan has no True Source Certified exporters.

The illegal practice of transshipping honey threatens the U.S. honey industry by undercutting fair market prices and damaging honey’s reputation for quality and safety. The United States has had repeated problems with honey that is illegally transshipped from China through third countries to avoid anti-dumping duties. The quality and purity of this honey is also suspect since it is not sold according to regular protocols. For example, some exported Chinese honey has been found to be adulterated with banned antibiotics. (See the Liu case and the Wolff case in the Newsroom at www.TrueSourceHoney.com.)

“What we’re seeing based on the trade data is strong evidence of two possible routes of Chinese honey coming into the U.S. illegally,” said True Source Honey Executive Director Gordon Marks. “One route would be directly through Thailand, and the second may be through both Thailand and Taiwan. Such circumvention schemes would not be new – this is the same type of pattern we’ve seen repeatedly from China over many years, including recent cases of circumvention through Latvia, Malaysia and Indonesia that were pursued for prosecution by U.S. government authorities.” (See 1/28/15 U.S. Immigration & Customs Press Release and 2/20/13 U.S. Department of Justice press release, both which can also be found on the True Source honey government press releases page.)

These current export patterns of concern are based on calculations from the International Trade Centre (ITC), a joint agency of the World Trade Organization and the United Nations, and trade data from U.S., Thai and Taiwanese government sources. Specifically:

Between 2001 and 2013, Thailand exported an average of 3 million pounds a year to the U.S.; in a highly unusual development, that number jumped last year to 8 million pounds, and in the first 5 months of 2015 exports were already at 10 million pounds, more than a 3-fold increase over exports from 2013. In addition, there appears to be a correlation between Thailand’s increasing exports of honey to the U.S. and its rising imports of honey from China.

Taiwan also shows a suspicious increase in honey exports in recent months. During the first five months of 2015, the U.S. imported 3.9 million pounds of honey from Taiwan, up from 1.3 million pounds in the same period of 2014 – a 200% increase. These rising honey exports from Taiwan parallel a rise in its honey imports from Thailand, suggesting a possible circumvention route of Chinese honey through Thailand to Taiwan.

The True Source Honey Certification Program is an industry-supported, voluntary program established to combat the problem of illegally shipped honey. “Honey packers and importers that become True Source Certified are held to the highest sourcing standards – verified by outside auditors to ensure that all honey purchases are openly declared and that no illegally circumvented Chinese honey enters their supply chain,” said Marks.

The program, which uses an independent third-party audit system, has been applauded by U.S. beekeepers and honey industry leadership because it provides traceability from hive to table, helping ensure the food safety and security of the honey used in North America. Companies that are True Source Certified now represent about one-third of honey sold in North America. Further information, including a search function to check honey products, can be found at www.TrueSourceHoney.com.

True Source Honey, LLC is an effort by a number of honey companies and importers to protect consumers and customers from illegally sourced honey; and to highlight and support legal, transparent and ethical sourcing. The initiative seeks to help maintain the reputation of honey as a high-quality, highly valued food and further sustain the U.S. honey sector. Visit www.TrueSourceHoney.com. Follow us on Facebook.