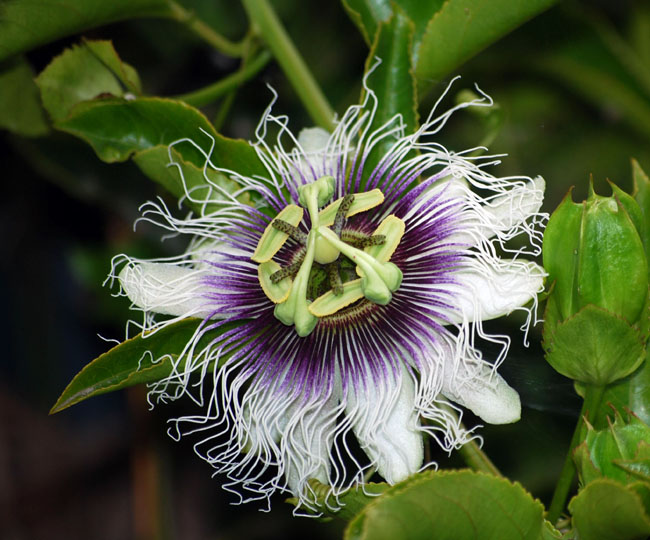 Goldenrod, Himalayan balsam, Chinese windmill palm: three plants, one problem. All are native to continents other than Europe, but were introduced to Switzerland as garden or ornamental plants. At some point they “escaped” into the wild, where they now threaten the native flora.

This phenomenon isn’t limited to Switzerland: biological invasions happen on every continent every day. A major driver of this is global trade, which is increasingly shifting to the internet and being conducted on auction platforms like eBay. As a result, one click is all it takes to spread potentially invasive plants from continent to continent – and unintentionally encouraging biological invasions.

But how much of the global trade in invasive plants is done online? To get an estimate, a group of four researchers at ETH Zurich led by Christoph Kueffer, senior lecturer at the Institute of Integrative Biology, monitored online trade of about two thirds of the world’s flora on eBay plus nine other online trading platforms.

For 50 days, the researchers tracked which plant species were offered for sale in various countries, and how often. Their efforts were aided by a software program developed especially for the study. In addition, the researchers looked to lists of invasive plants, kept by various bodies including the International Union for the Conservation of Nature (IUCN), for information about whether the plants for sale were classified as invasive somewhere in the world.

The program that automatically searches the sales platforms was written by Luc Humair from ETH’s Department of Computer Science and Fabian Kuhn, an ETH alumnus, who now works at the University of Freiburg (Germany). The eBay data the researchers used was collected exclusively from publicly available listings. “eBay benefits from making sale listings accessible to computer programs that can systematically search for and analyse online content automatically,” says Luc Humair. This is what made the ETH monitoring project possible.

Even so, the researchers’ program could do no more than monitor the supply side. It couldn’t determine if buyers and sellers in particular geographic regions were actually concluding business. “Naturally it would be interesting to factor the destination into the monitoring process,” says Luc Humair. However, that information is personal and can be collected only with the cooperation of eBay or the other providers.

What the program was able to discover despite this limitation surprised the study’s lead author, Franziska Humair, who holds a doctorate from ETH: “We didn’t expect the global trade in plants that are known to be invasive to be so extensive.” The study was recently published in Conservation Biology.

Over the 50 days of the monitoring phase, the researchers found 2,625 different plant species offered for sale on eBay. That corresponds to about 1.4 percent of the seed plants they were looking for. Of all the plants for sale, 510 are known to be invasive in at least one region somewhere in the world. And out of that group, 35 are on the IUCN’s list of the 100 worst invasive species.

Invasive species often up for sale

Passiflora edulis, or passionfruit, is the invasive plant most often offered for sale. It turns up about 90 times a day, offered by dealers from 17 countries spread over five major geographic regions. This species is highly invasive in the tropics. The second most frequently offered plant is the cornflower Centaurea cyanus, which is put up for sale more than 80 times a day on average. Deemed invasive in certain parts of the USA, this species is traded by dealers located in 10 countries in five regions. Meanwhile, the plant put up for sale most often has not yet proved invasive. Native to the steppes of Africa and Arabia, the desert rose Adenium obesum is listed for sale more than 3,100 times a day on average by dealers from 12 countries.

The plant sellers found in the study were located in 65 countries. Offers to sell invasive species came from 55 of these countries, including Australia. Dealers there offer invasive plants – that can be harmful in other parts of the world,- on a grand scale. “That was unexpected, since the Australians don’t allow you to bring any invasive plants across their borders. But surprisingly, there are apparently no controls in place to make sure potentially harmful plants don’t leave the continent,” says Kueffer.

The number of species traded, and therefore the number of potentially invasive ones, might well exceed what the study found, Kueffer estimates. His research group monitored the auctions for just 50 days, and new species showed up among the plants offered every day throughout the test period. In addition, the researchers entered just the scientific names of the species into the software as the search criterion. Plants put up for sale under their common name were not caught by the web search.

“To put it briefly, the vast majority of invasive species can be easily obtained with just a click of the mouse,” says Franziska Humair. Rules governing the trade in these plants are half-heartedly enforced, if at all. And it’s virtually impossible for the dealers themselves to keep track of all the laws and regulations concerning invasive species in different countries. It would seem, then, that no-one can stem the tide of online trade in species known to pose a threat.

A new threat is also emerging: regions that previously had no access to trade flows can now participate thanks to the internet. “South Africa is now showing up on our map. We have no idea whether the plants that are being put on the global market from this corner of world will prove to be invasive species,” warns Kueffer. It may well be that several of them could become invasive in other regions.

Kueffer continues: “The only way to contain invasions is by limiting the trade in potential invaders.” The study shows that it is theoretically possible to continuously monitor this trade in order to spot newly traded species, which could signal future invasions. Many countries already have sets of rules and regulations in place with the goal of curbing the spread of invasive species. Switzerland, for example, has a special ordinance on the release of certain organisms, and the EU countries are in the process of drawing up a list of species that are recognised as invaders across the EU. “As online trade blossoms, it makes it even more urgent for the authorities to take action or for responsible large commercial nurseries to adjust their product ranges,” says Kueffer.