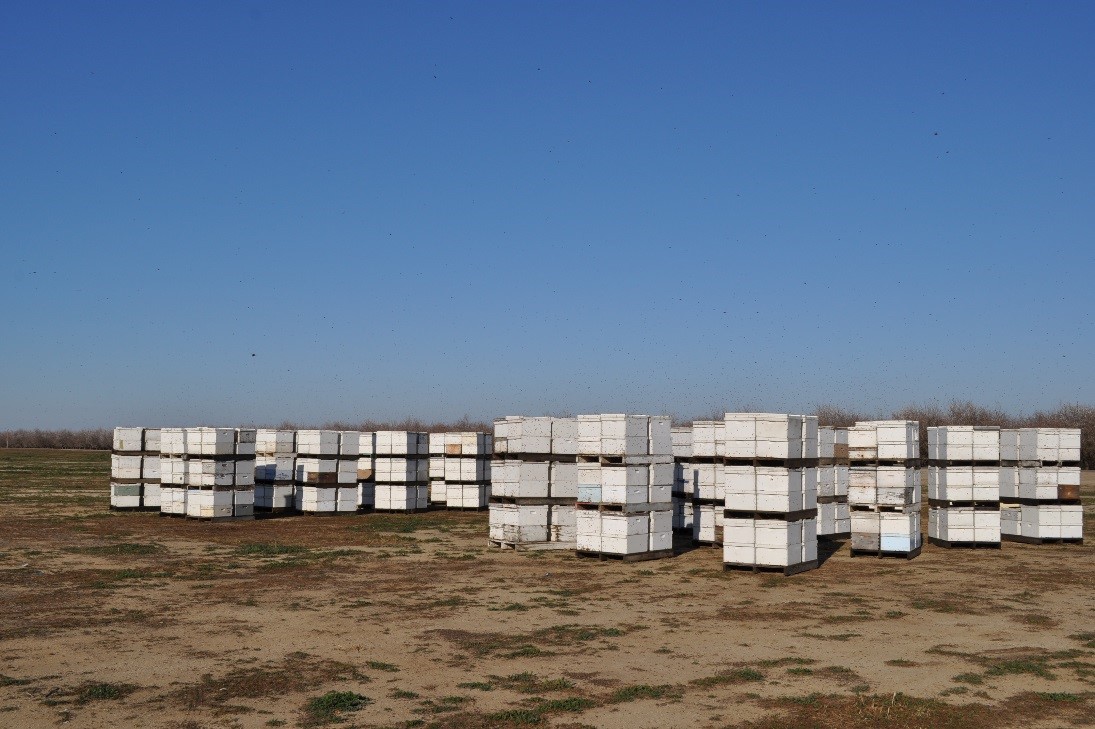 The survey of 25,363 beekeepers in 36 countries found that, out of 544,879 colonies being managed at the start of winter, 89124 were lost, through a combination of circumstances including various effects of weather conditions, unsolvable problems with a colony’s queen, and natural disaster.

Portugal, Northern Ireland, Italy and England experienced losses above 25%, while Belarus, Israel and Serbia were among those with loss rates below 10%. There were also significant regional variations within some countries, including Germany, Sweden and Greece.

In a departure from previous findings, beekeepers who moved their colonies in the foraging season, to access other forage or for pollination, faced fewer losses than those who kept their bees in the same place. Smaller-scale beekeeping operations also had higher losses than larger ventures.

The study, based on voluntarily submitted information, covered 33 countries in Europe — including the four nations of the UK — along with Algeria, Israel and Mexico.

It has been published in the Journal of Apicultural Research and was carried out by researchers in the colony loss monitoring group of the international honey bee research association COLOSS, which is based in the Institute of Bee Health at the University of Bern.

Dr. Alison Gray, a Lecturer in Strathclyde’s Department of Mathematics & Statistics, led the study. She said: “Loss of honey bee colonies is a highly complex issue. It tends to be influenced less by overall climate than by specific weather patterns or a natural disaster affecting the colony. We observe colonies in winter but what happens to the bees then can be partly determined by the conditions of the previous summer.

“Many are also lost when there are problems with a colony’s queen — for example, if she goes missing or is not laying the fertilised eggs which go on to become worker bees. Most colonies are also under attack from varroa mites, a parasitic mite.

“The impact of beekeepers migrating their colonies would be expected to be partly dependent on the distance travelled and the reasons for migration; this would be worth further investigation.”

The study had a focus on sources of forage, plants which bees visit to collect nectar and pollen, in six categories: orchards; oilseed rape; maize; sunflower; heather and autumn forage crops. These were potentially useful food sources for bees, which could help to build up a colony, but, by extending the active and brood-rearing season of the bees, forage which was available late in the season could also extend the reproductive cycle for varroa mites, weakening the bee colonies and making winter losses more likely.

Check out the next LIVE KIM&JIM Show, on June 18, 2018. Kim and Jim are first going to take a look at the 4 bee hives on the A. I. Root Company property, right next to A. I. Root’s Home. There are 2 overwintered colonies, and 2 were installed as packages this spring. What’s up with the old and the new this spring? We’ll find out. Then, they’ll take a look at the new polystyrene hive just installed this spring to begin looking at thermal efficiency in a beehive. A new hive, with a new package will be the center of attention for a bit.

Then, because it’s Pollination Week, KIM&JIM will take a breather after all that work, and sip a cool one on the A. I. Root’s front porch and talk about all of the historical figures that have come and gone from that porch over the years, sort of a sneak preview of THE HISTORY OF AMERICAN BEEKEEPING event coming your way in October. And, because it’s pollination weeks, they’ll discuss a bit about the pollinator gardens, that they will visit later this summer, and about some of the activities going on around this most important subject.

What better way to spend the first week of summer.

After registering, you will receive a confirmation email containing information about joining the webinar.