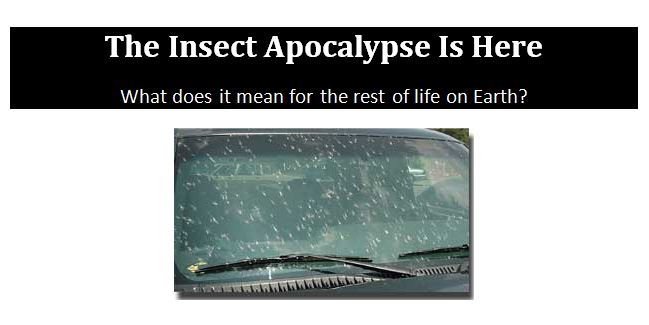 You’ve heard about this story. Insects disappearing, and birds disappearing because there’s fewer insects to eat, and what else? This story is eye opening. If you haven’t had a chance to read it yet, here it is. Sit back, read the whole article in one sitting if you can. It’s long. Very long. It’s important. Very important.     Kim Flottum

It was summer. He was out in the country, moving fast. But strangely, he wasn’t eating any bugs.

For a moment, Riis was transported to his childhood on the Danish island of Lolland, in the Baltic Sea. Back then, summer bike rides meant closing his mouth to cruise through thick clouds of insects, but inevitably he swallowed some anyway. When his parents took him driving, he remembered, the car’s windshield was frequently so smeared with insect carcasses that you almost couldn’t see through it. But all that seemed distant now. He couldn’t recall the last time he needed to wash bugs from his windshield; he even wondered, vaguely, whether car manufacturers had invented some fancy new coating to keep off insects. But this absence, he now realized with some alarm, seemed to be all around him. Where had all those insects gone? And when? And why hadn’t he noticed?

Riis watched his son, flying through the beautiful day, not eating bugs, and was struck by the melancholy thought that his son’s childhood would lack this particular bug-eating experience of his own. It was, he granted, an odd thing to feel nostalgic about. But he couldn’t shake a feeling of loss. “I guess it’s pretty human to think that everything was better when you were a kid,” he said. “Maybe I didn’t like it when I was on my bike and I ate all the bugs, but looking back on it, I think it’s something everybody should experience.”

For the rest of this story, please click the NYT link and see for yourself.