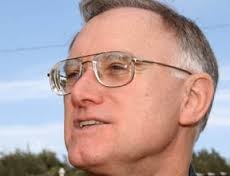 Extension apiculturist emeritus Eric Mussen of the UC Davis Department of Entomology and Nematology, “retired” in June of 2014 after 38 years of service but his phone and keyboard at Briggs Hall gather no dust.

The honey bee guru continues to answer a range of questions. The latest concerns the effect of marijuana growing sites on honey bees.

We thought we’d share his answer, which deals with honey bees, pollinators, Cannabis, pesticides, and what could happen to beekeepers who stumble upon a pot farm.

“As you might guess, since marijuana is still considered an illegal plant to grow by the federal government,” he replied, “it is no surprise that there are no pesticides registered for use on the ‘crop.’ Some states are trying hard to build a list of acceptable products, but here is the problem. So far we have registered products based on contact and oral toxicities to mammals. We have only run inhalation toxicities on a few very potent and stinky products (fumigants). You can get up to 10X the dose of a chemical, from the same amount of plant mass, if you smoke it versus eating it.

“There are quite a number of websites dedicated to pot growing. When pest control becomes the topic, most sites suggest mechanical methods or use of products allowed in organic agriculture. However, those organic pesticides have not been checked for inhalation effects, either.”

“Thus, practically any pesticide that is used will be illegal. Given that, growers are apt to determine which materials work best on the pest at hand on other crops, acquire those materials, and use them. The regulators know this, and in states where marijuana currently is legal, the states are testing some of the products on the shelves to see what pesticides are in them. The samples have been found to be pretty clean, for the most part.”

Mussen acknowledged that blooming hemp plants are attractive to many pollinators. “I have no idea what the pollen and nectar might do to them when the bees consume it. We can provide a pretty good idea of what will happen when pesticide products used on other crops are applied to the bloom (at agricultural rates), but since nothing is registered, there is no way of guessing what might be used. For the standard fee of just under $400, we can send a sample of the bees or pollen to the USDA AMS pesticide residue detection lab in Gastonia, N.C., and they can tell us the residues. Butthat doesn’t help us much in terms of regulatory assistance.

“Pot growers probably won’t care if they repel or kill visiting bees,” Mussen speculated. “Pollinated blossoms become senescent too quickly, and do not produce the maximum amount of important resins if they are pollinated early in their cycle.”

“Up to this time, I have not heard of beekeepers reporting damage from pesticides applied to marijuana, but it is likely to happen before long. Beekeepers are more worried about being shot if they accidentally get too close to a pot farm.”