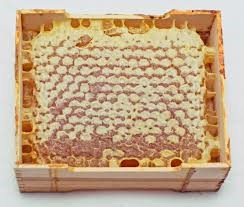 Humans have used honey for medicinal purposes for thousands of years. There are cave paintings, ancient writings, and sacred scripts that tell of honey’s many uses before modern times. From these, it is known that ancient civilizations such as those of the Egyptians, Mayans, Grecians, and Romans used honey in a variety of remedies and rituals.

Historical and religious figures such as Hippocrates and the Muslim prophet Mohammad are documented suggesting the use of honey for various remedies.1 Furthermore, religious texts such as the Bible and the Qur’an1 have references to honey as a healing substance, emphasizing the extent of honey’s therapeutic use through history.

Honey was also widely used in traditional Chinese medicine and in Ayurveda (a form of traditional medicine that originated in India). Some of the major documented uses were for wounds; burns; asepsis; and ailments such as cough, insomnia, and gastrointestinal disorders.

Despite this long history, the scientific basis of honey’s benefits has not been completely elucidated. The ambiguity of its mechanisms of action made medicinal honey’s use less common during medieval times and even frowned upon as modern medicine and antibiotics were developed in the nineteenth century. Since then, honey was mostly reserved as an alternative treatment in times of war or antibiotic shortages when more modern treatments were unavailable.

Over the last few decades, the value of honey’s medical potential is being rediscovered and using medicinal honey for wound management is becoming more commonplace today. In the age of rising antibiotic resistance, honey’s antimicrobial properties are another key reason modern practitioners are choosing to return to medicinal honey. Honey is helping treat drug-resistant infections, biofilms, and nosocomial infections.

There are many powerful case studies of wound healing and antimicrobial activity that exemplify the great potential and diversity of applications that honey can have in modern medicine. While more research is still needed in the form of controlled clinical studies, scientists and medical practitioners have come a long way in understanding the properties of honey that make it a powerful therapeutic tool in modern medicine.