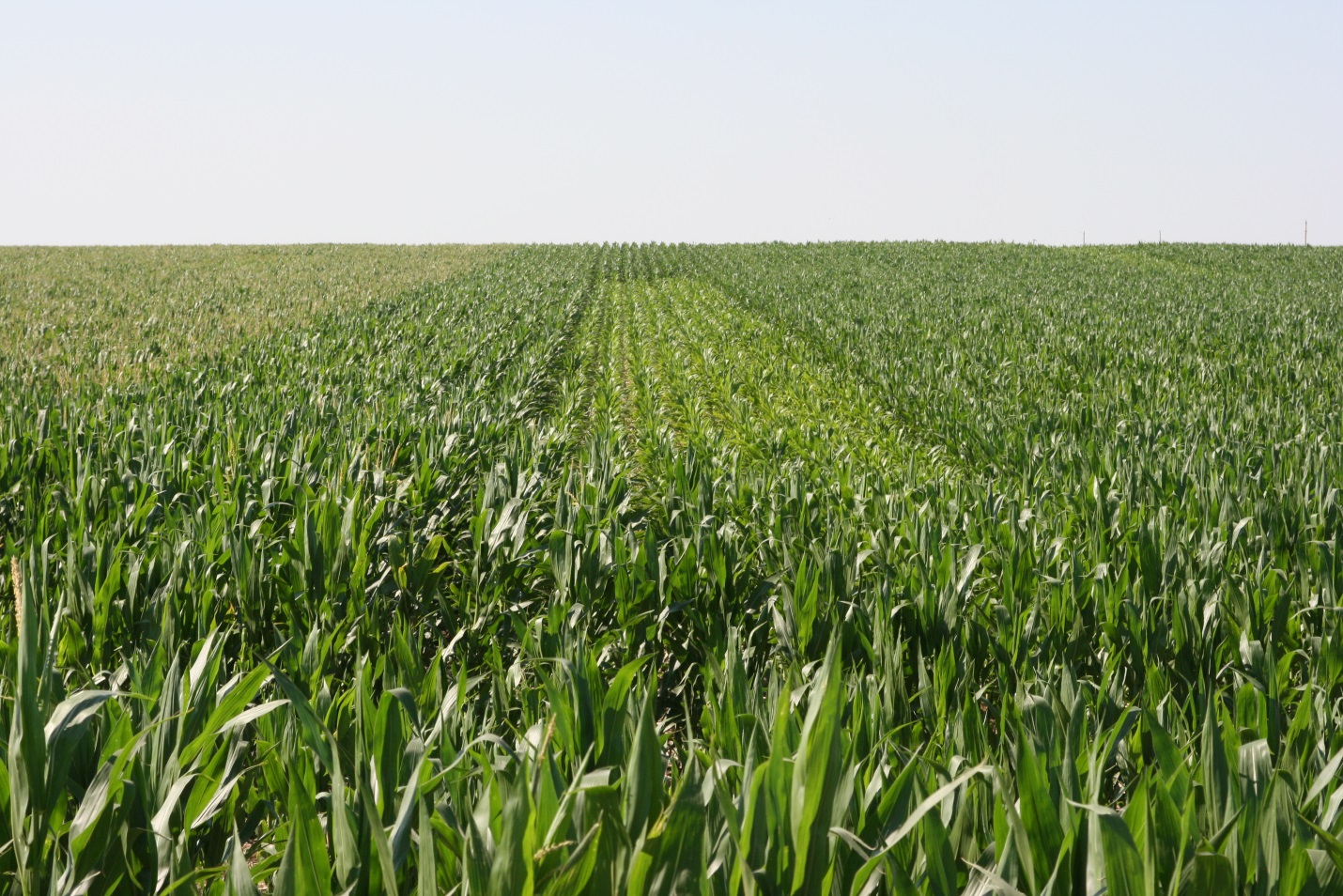 MANHATTAN, KANSAS – U.S. farmers are growing fewer types of crops than they were 34 years ago, which could have implications for how farms fare as changes to the climate evolve, according to a large-scale study by Kansas State University, North Dakota State University and the U.S. Department of Agriculture. Less crop diversity may also be impacting the general ecosystem.

“At the national level, crop diversity declined over the period we analyzed,” said Jonathan Aguilar, K-State water resources engineer and lead researcher on the study.

The scientists used data from the USDA’s U.S. Census of Agriculture, which is published every five years from information provided by U.S. farmers. The team studied data from 1978 through 2012 across the country’s contiguous states.

Croplands comprise about 408 million acres (165 million hectares) or 22 percent of the total land base in the lower 48 states, so changes in crop species diversity could have a substantial impact, not only on agroecosystem function, but also the function of surrounding natural and urban areas. Because croplands are typically replanted annually, theoretically crop species diversity can change fairly rapidly. There is the potential for swift positive change, unlike in natural ecosystems.

Aguilar began the study while working as a researcher with the USDA’s Agricultural Research Service. He joined K-State Research and Extension, a part of the university, in 2012. The study was conducted in collaboration with a diverse team, including rangelands expert John Hendrickson, USDA-ARS; weeds experts Greta Gramig, NDSU, and Frank Forcella, USDA-ARS; agricultural economics expert David Archer, USDA-ARS; and soils expert Mark Liebig, USDA-ARS.

“At the very simplistic level,” Aguilar said, “crop diversity is a measure of how many crops in an area could possibly work together to resist, address and adjust to potential widespread crop failures, including natural problems such as pests and diseases, weed pressures, droughts and flood events. This could also be viewed as a way to spread potential risks to a producer. Just like in the natural landscape, areas with high diversity tend to be more resilient to external pressures than are areas with low diversity. In other words, diversity provides stability in an area to assure food sustainability.”

The study is the first to quantify crop species diversity in the U.S. using an extensive database over a relatively long period of analysis, Aguilar said.

The results of the effort, partially funded by the K-State Open Access Fund, were published Aug. 26, 2015, in the scientific journal PLOS One.

In addition to the national trend, the researchers studied regional trends by examining county-level data from areas called Farm Resource Regions developed by the USDA’s Economic Research Service. Although the study showed that crop diversity declined nationally, it wasn’t uniform in all regions or in all states.

“There seem to be more dynamics going on in some regions or states,” Aguilar said, noting that not all of the factors affecting those regional trends are clear.

For instance, the Heartland Resource Region, which is home to 22 percent of U.S. farms and represents the highest value, 23 percent, of U.S. production, had the lowest crop diversity. This region comprises Illinois, Iowa, Indiana and parts of Ohio, Missouri, Minnesota, South Dakota, Nebraska and Kentucky.

In contrast to all of the other regions, the Mississippi Portal Region, which includes parts of Louisiana, Mississippi, Kentucky and Arkansas, had significantly higher crop diversity in 2012 than in 1978.

While overall, the national trend was toward less crop diversity, the region called the Fruitful Rim (parts of Washington, Oregon, Idaho, California, Arizona, Texas, Florida, Georgia and South Carolina) and the Northern Crescent (states along the northeast border from part of Minnesota east through Wisconsin, Michigan through to Maine and south to New Jersey and Pennsylvania) had the most crop diversity.

The data used was specific enough that the researchers were able to quantify crop diversity and trends even down to the county level.

“A significant trend of more counties shifting to lower rather than higher crop diversity was detected,” the team wrote in the study results. “The clustering and shifting demonstrates a trend toward crop diversity loss and attendant homogenization of agricultural production systems, which could have far-reaching consequences for provision of ecosystem services associated with agricultural systems as well as food system sustainability. ”

“Biodiversity is important to the ecosystem function,” the researchers wrote. “Biodiversity in agricultural systems is linked to critical ecological processes such as nutrient and water cycling, pest and disease regulation, and degradation of toxic compounds such as pesticides. Diverse agroecosystems are more resilient to variable weather resulting from climate change and often hold the greatest potential for such benefits as natural pest control.”

A classic example where high crop diversity could have been crucial was during the corn leaf blight epidemic in the 1970s, Aguilar said.

During the 20th century, increases in the value of human labor, changes in agricultural policies and the development of agricultural technologies led to increased specialization and scale of production. Economic and social factors helped drive the adoption of less-diverse cropping systems.

“An important consequence of increased crop homogeneity is the potential for yield instability with anticipated increased unpredictability in weather patterns linked to climate change. Diverse cropping systems tend to increase farmers’ chances of encountering favorable conditions while decreasing the probability of widespread crop failures,” the team wrote, citing a study based on long-term data collected in Ontario, Canada.

A simple example would be if a farmer planted part of his acreage to sorghum and the rest to corn. If the growing season was unusually dry and the farmer didn’t irrigate, the sorghum would likely fare better, because it’s more drought tolerant than corn. In that example, the farmer has come out better by having diverse crop species than if he had planted all of his acreage to corn, in which case he may have had low or non-existent yields.

In addition to quantifying the changes in crop diversity, Aguilar said, the scientists hoped to spur further studies and research with regard to changing agricultural condition and status.

“The factors that affect crop diversity in North Dakota do not necessarily apply to what is happening here in Kansas. This study also has relevance to other agronomic and environmental issues,” he said, adding that the research has already generated inquiries from scientists who are studying weed resistance to herbicides, honeybee “friendliness” of the landscape and agricultural community resilience to pressures such as climate change.