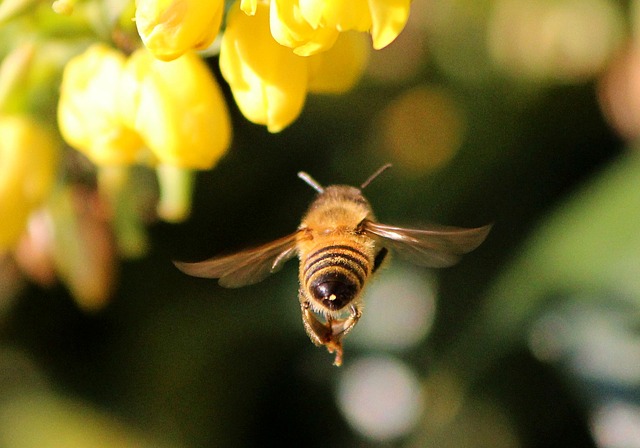 Researchers from the U.S. Department of Agriculture’s Agricultural Research Service (USDA-ARS) and Mississippi State University tested 42 commonly used pesticides in a realistic field setting in order to determine their toxicity levels. The results were published in the Journal of Economic Entomology.

The researchers found that 26 pesticides, including many (but not all) neonicotinoids, organophosphates, and pyrethroids killed nearly all of the bees that came into contact with the test pesticide sprays. However, seven pesticides, including glyphosate and acetamiprid, killed practically no bees in the tests. Glyphosate is the active ingredient in the herbicide commonly known as Roundup and acetamiprid is a neonicotinoid.

A number of surprises also appeared in the study. First, an insecticide called sulfoxaflor was found to be near the middle in terms of toxicity. This is important because the EPA’s approval of sulfoxaflor was recently overturned by the U.S. Ninth Circuit Court of Appeals. In fact, it was found to be less toxic to bees than permethrin, a pyrethroid insecticide that is used in agriculture, household pesticide products, flea shampoos for pets, and in head lice products for people.

Also, four pesticides (methoxyfenozide+spinetoram, carbaryl, indoxacarb, and 1-cyhalothrin+chlorantraniliprole) that had been considered moderately toxic to bees were found to be higher risk when field-application concentrations were considered. Finally, one pesticide, gamma-cyhalothrin, which was considered to be a high-risk chemical, was found to be only an intermediate risk when used at the labeled rate.

Using a modified spray tower to simulate field spray conditions, the researchers mimicked a situation where an adult bee in a cotton field accidentally gets sprayed. This is an important distinction from previous studies that tested the active ingredients only, or that used artificial feeders with the pesticides in a sugar solution, none of which provide appropriate measures of the amounts of pesticide exposure in the field.

Field spraying of insecticides and other pesticides may effectively kill insects, including valuable honey bees, and the risk to honey bees can be reduced by selecting pesticides with lower toxicity in field applications. This study determined that a number of pesticides, including a neonicotinoid, showed little to no toxicity to bees, meaning they could be effective alternatives to organophosphates, carbamates, and other neonicotinoids.

According to the authors, “Our data, particularly the ratios of field application rates to lethal concentrations of each pesticide, provide a quantifying scale to help extension specialists and farmers with pesticide selection to maintain effective control of target pests and minimize the risk to foraging honey bees as well.”