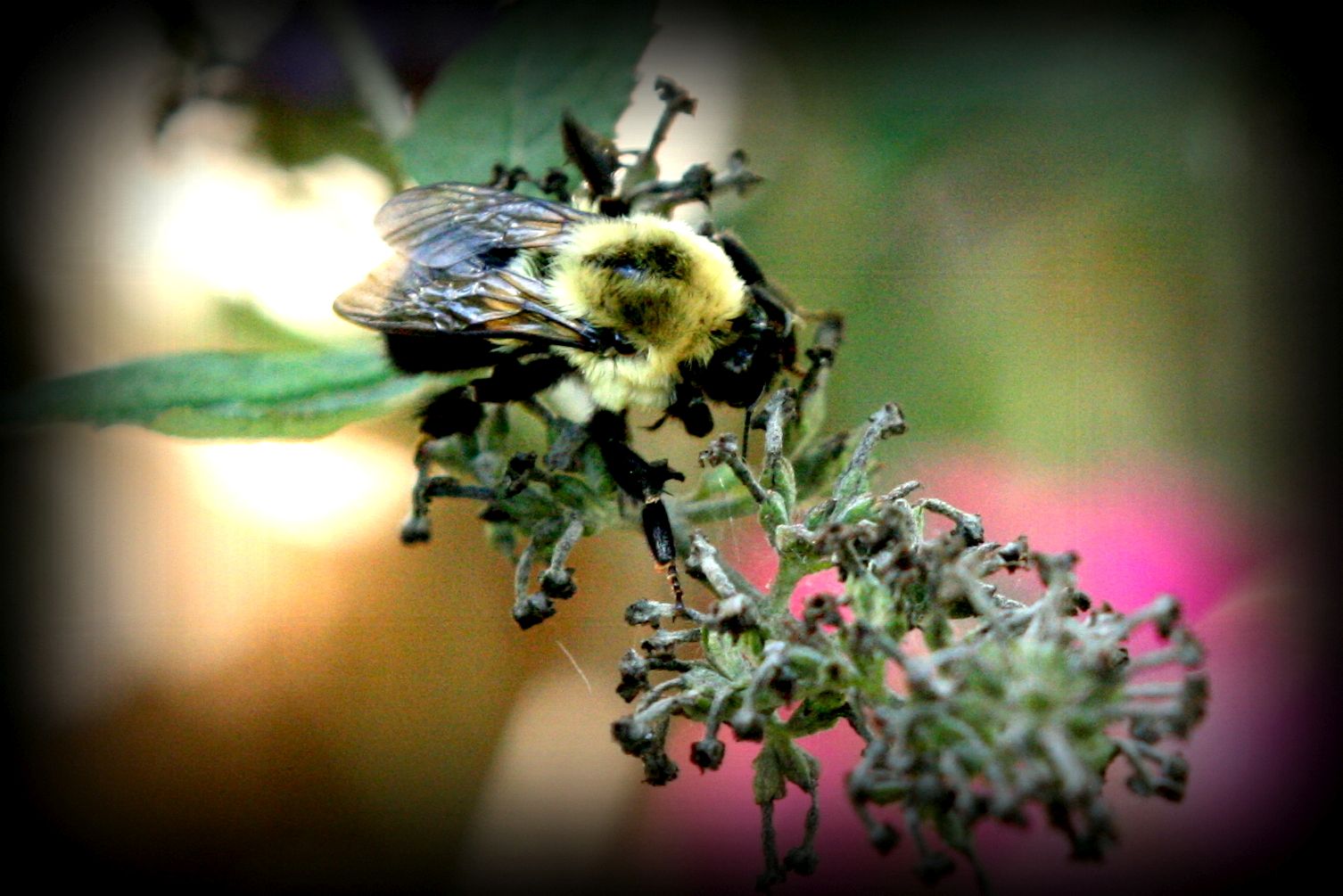 Bumblebees more at risk from neonicotinoids. (Photo by Barbara McClellan)

An international group of pollination experts has published a second summary in as many years on the scientific evidence about the effects of neonicotinoids on bees and they find bumblebees are more severely affected by the pesticides than honey bees.”

One of them in Canada, University of Guelph environmental sciences professor Nigel Raine, says more than 400 studies have been published on the topic in the last decade, often presenting variable or conflicting findings, making it difficult for farmers and policy-makers to make evidence-based decisions.

“The extent to which neonicotinoid insecticides harm bees and other insect pollinators is one of the most contentious questions that environmental policymakers have to grapple with today,” Raine says.

Despite plenty of research on aspects of this topic, he says policymakers have only limited evidence on how pollinator populations are affected by neonicotinoid use and on how farmers will respond to usage restrictions.

“Insecticides are designed to kill insect pests,” Raine says. “Bees, and many other important pollinators, are also insects that will be killed by insecticides if exposure levels are high enough,”

He says what’s being debated is the extent to which field levels of exposure have impacts on pollinators.

“It varies enormously depending on many factors, including the type of insecticide, how it is applied and which pollinator species you consider. Current evidence suggests that bumblebees and solitary bees are more severely affected by neonicotinoids than honeybees.”

He served on a team of researchers whose latest scientific review of the evidence is published in the journal Proceedings of the Royal Society B.

The first review was published in May 2014 and since then, more than 80 new studies have appeared. The team was asked to update its findings by the chief scientific adviser of the United Kingdom government, which has banned the use of three neonicotinoid insecticides.

“Our aim was to act as honest brokers, providing an account of the evidence, its strengths and limitations, but without making any direct policy recommendations,” Raine says.

The two reviews provide a comprehensive overview of scientific understanding of neonicotinoid impacts on pollinators. Such information must be considered within the broader context of the many, interacting factors affecting pollinator health, Raine says.