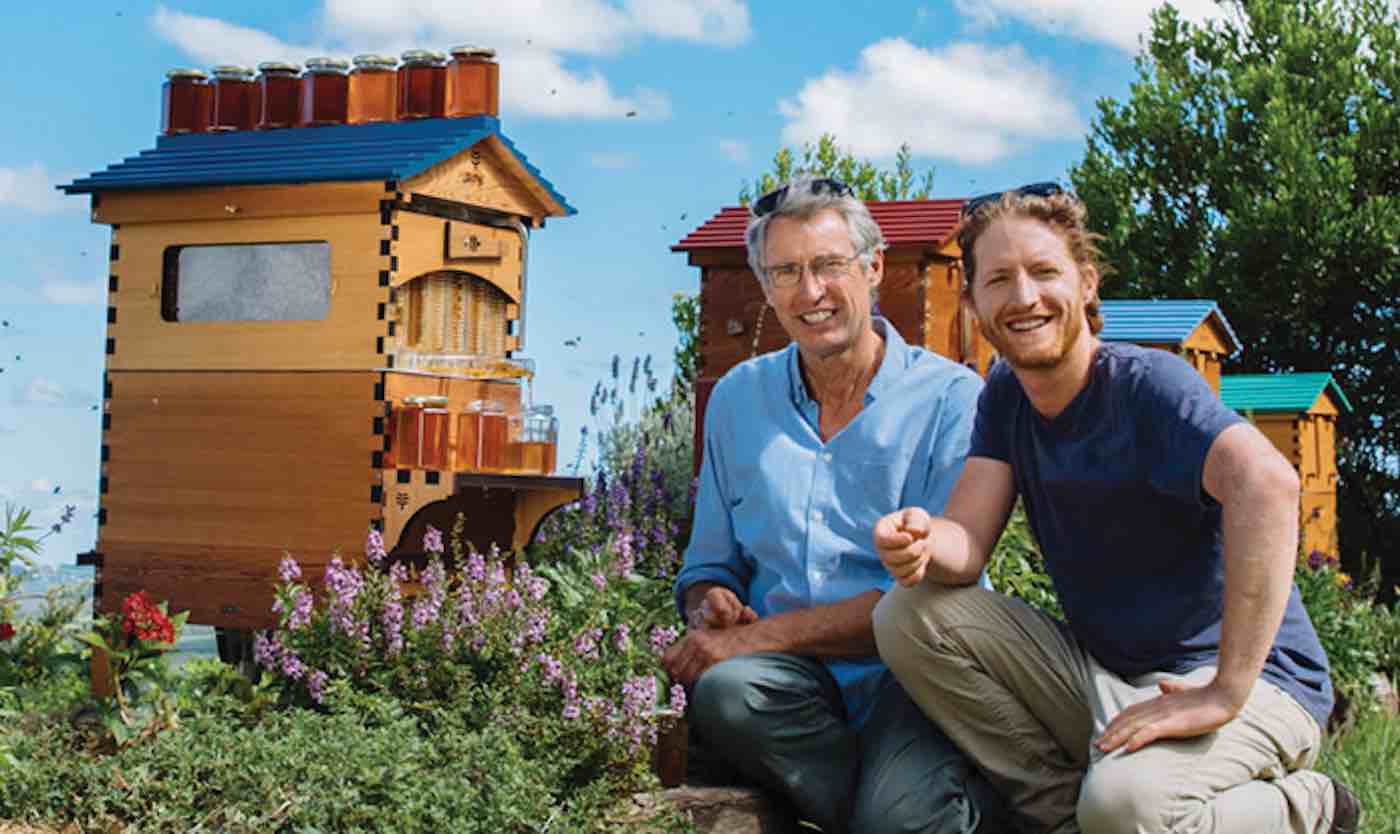 Back in 2015, a father-son duo changed the beekeeping game simply by redesigning the traditional beehive – and now, honeybees are benefitting from their profits.

Stuart and Cedar Anderson are the co-creators of the Flow Hive: a brilliantly designed beehive that saves beekeepers hours of work simply by channeling all of its honey into a tap that can be turned on and off at will.

The Flow Hive allows honey to flow out of the hive straight into a jar without crushing or disrupting the bees inside. It can also fit in a small backyard or on a rooftop or balcony.

Cedar, who is a third-generation beekeeper from the rural community of Nimbin, Australia, says that he was inspired to try and design a simpler beehive after his brother was stung during one of their honey extraction missions.

The young inventor knew that there must be an easier way to collect honey without having to wear protective suits, crack open the hive, and disturb the tiny pollinators.

“Ten years ago, Cedar had this idea: ‘come on, we must be able to get honey from a beehive without opening it, extracting and stressing the bees’,” his father Stuart recalled to ABC News.

After several years of tinkering, the Andersons finally perfected their Flow Hive prototype. Upon raising money for the hive’s manufacturing on Indiegogo, their campaign became the most successful crowdfunding page in the platform’s history by raising over $12 million in 8 weeks.

Four years after their initial success, the Flow Hive has had a dramatic impact on honeybee populations around the world.

The Andersons say that they have successfully shipped over 51,000 hives to 150 different countries. Since they launched the hive in 2015, the number of beekeepers in the U.S. alone has increased by over 10%.

Their success is particularly notable since honeybee populations have been steadily dwindling as a result of habitat loss and pesticides.

That’s why now – in celebration of National Pollinator Week – the Andersons are donating their hive proceeds to international honeybee advocacy groups.

“We’re proud to have donated 100% of profits from the sale of our Flow Pollinator House to nine local grassroots pollinator projects in Australia and the United States that are at work protecting wild habitats all around the world,” said Cedar in a statement.

“Pollinators need large areas of habitat to flourish—the more we can do to protect and conserve native habitats, the more opportunities these tiny environmental champions will have to do their important work.”

If you want to learn more about how the hive works or order one for yourself, you can visit the Flow Hive website. Also, watch for our www.beekeepingtodaypodcast.com for an interview with the Andersons about their inventions and other projects they have going. Visit with them at EAS this summer, too!