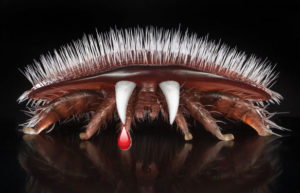 Welcome back to yet another Sentinel Apiaries update. We’re coming to you in the spookiest month of the year with some pretty scary stuff: mites, mites and more mites! I spent an embarrassing amount of time in photoshop to drive this point home (see above). As we always do in September, we saw a pretty significant jump in mite loads last month. Over 50% of states were above treatment threshold. You can see a lot less yellow (below threshold states) on our Varroa heat map below. 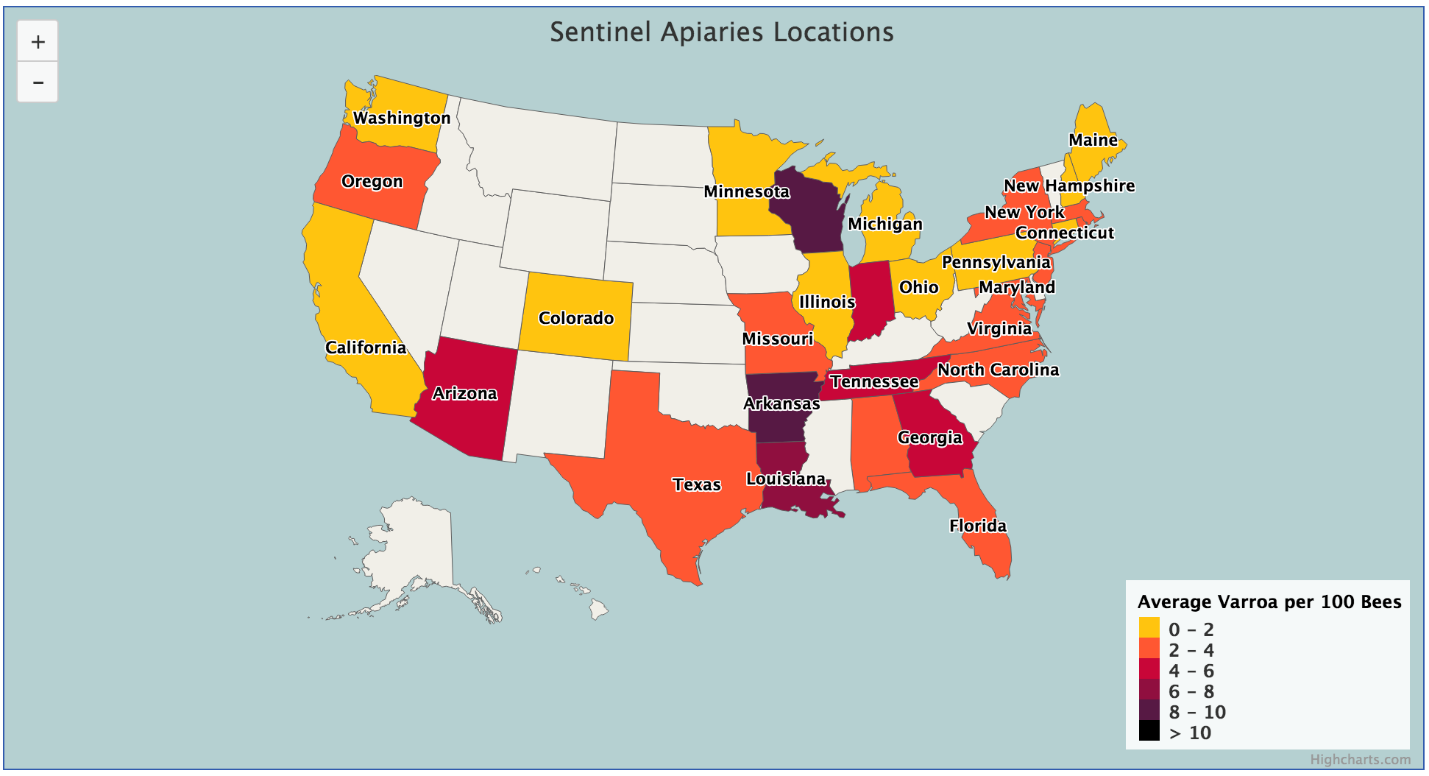 Mite loads in Sentinel apiaries were much higher this September than last year (see below). If you have yet to check or treat for mites, now is the critical period before winter sets in. You want your mite loads to be as low as possible before overwintering, because those winter bees have to live until spring and may not make it if they’re sharing their space with these unwelcome guests. 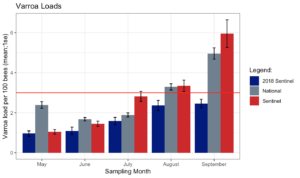 As for this month’s Sentinel Superlatives, a big shout out to the following:

Congratulations to Washington for having the lowest average mite load in September with only 0.77 mites/100 bees. Well done keeping those loads in check Washington!

The state with the biggest bees was Illinois yet again. This is their third month winning the award for bulkiest bees with 0.187 grams per bee. Let’s see if anyone can dethrone them this month!

The state with the most drones total was Michigan with a whopping 595 drones. That number should start to taper off soon as their colonies kick the free loading boys out before winter.

That’s it for this month’s update. Check back next month for our final memo of the year where we’ll recap Varroa and Nosema loads, other colony health metrics, and do full year superlatives!