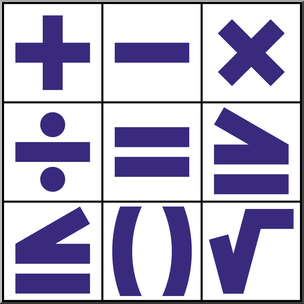 Addition, subtraction and other basic mathematical concepts have featured in human civilization for thousands of years. Now scientists have discovered that honey bees can do math too.

In a paper published in the academic journal Science Advances, scientists have found that despite having a brain the size of a sesame seed, honey bees are able to handle basic math operations.

The results of the study are particularly fascinating, because if bees can manage such complex cognitive processes – long-term memory to recall the rules and short-term working memory to deal with the problem at hand – it is a discovery that forces us to further reevaluate our existing conceptions about the relation between brain size and intelligence.

Using color-coded shapes, the research team trained 14 honey bees to do simple arithmetic operations. The fluffy insects were presented with a math problem and two possible solutions, only one of them correct. The bees managed to pick the correct answer between 63.6 and 72.1 per cent of the time, which is often enough to refute they were simply picking at random (and way better than many of us did back in kindergarten).

“In the current study, the bees not only succeeded in performing these processing tasks but also had to perform the arithmetic operations in working memory,” wrote study lead author Scarlett Howard, who carried out her research as a PhD student at RMIT University.

Many animals are able to understand numbers at a very primitive level and use it in their everyday life for tasks like shoaling, foraging and managing resources. But more abstract thinking like using symbols, labeling, or arithmetics are exclusive to a very limited group of nonhuman vertebrates.

Howard and her team discovered that honey bees were able to learn colors as symbolic representations for addition or subtraction. For example, if a bee was presented with two blue cards – blue meaning addition – the correct answer was three, while if the bee was presented with two yellow cards – yellow meaning subtraction – the correct answer was one.

The insects were rewarded with sugar water if they picked the correct answer and bitter quinine solution if they chose incorrectly. Since our fluffy friends naturally want to seek food, they kept returning to the challenge until they learned. It took some 100 times for the honeybees to become accurate, and after that point, some became so good at math they picked the correct answer most of the time, regardless of if they were adding or subtracting.

“Given that honey bees and humans are separated by over 400 million years of evolution, our findings suggest that advanced numerical cognition may be more accessible to nonhuman animals than previously suspected,” says the paper.

In 2018, Howard was also the first scientist to show that honey bees are able to grasp the abstract mathematical concept of zero.