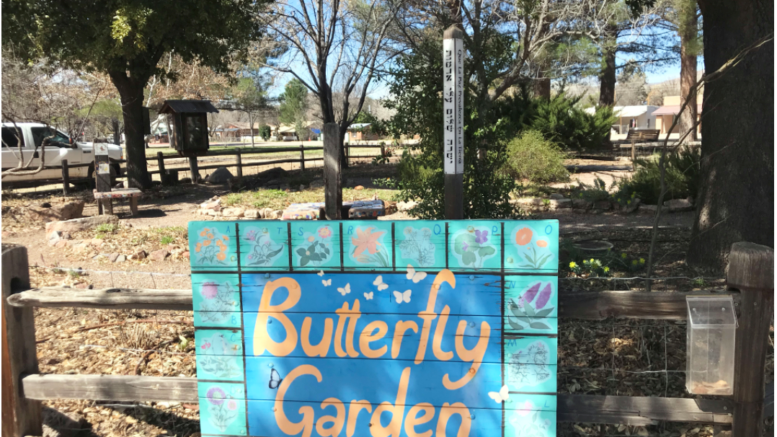 When Gary Nabhan was growing up in the Indiana Dunes, Indiana, he remembered being sleepy in the middle of his class one day. Looking out the window, he studied the leaves of a tree nearby.

Nabhan, who would later find out he is color blind, thought the leaves had odd colors. And as this crossed his mind, the leaves — which turned out to be monarch butterflies — flew away. Nabhan’s lifelong fascination with pollinators had just begun.

Pollinator animal species such as bees, bats and monarch butterflies are essential to biodiversity. Patagonia, in southeastern Arizona, is an important corridor for monarchs migrating from Mexico as they fertilize native plants, transporting pollen from one flower to another when they land for recovery. Without pollinators, plants in North and South America wouldn’t repopulate as successfully, according to Nabhan’s research.

But monarch migration across borders doesn’t just affect plants, it also touches the lives of humans.

Nabhan, a 68 year-old research scientist at the University of Arizona, lives in Patagonia, which has a small butterfly garden on the edge of the town park. The miniature garden has a small sidewalk with educational plaques and colorful ceramic sculptures. Rainbow butterfly shapes line the benches inside the fenced area. A sign reading “Monarch Qaystation” marks the beginning of a sidewalk flanking the park’s perimeter. These signs record locations with native milkweeds or plants that support monarch populations on their migratory journey.

As a researcher focusing on food and water security in the borderlands, Nabhan has a long history studying pollinator species. In the 1990s, Nabhan worked on the Forgotten Pollinators Campaign at the Arizona-Sonora Desert Museum to promote awareness of bee, butterfly, bat, dove and hummingbird relationships to wild plant and crop health. “This is what we call one of the most important nectar corridors in continental North America,” he said about Southern Arizona.

Nabhan’s research into pollinator migration shows there is a sequence of flowers from central Mexico to California essential to monarchs. As recently as 20 years ago, most assumed monarchs didn’t pass through Arizona and went directly to California from Mexico. However, nonprofit organizations like the Southwest Monarch Study collected data by tagging monarchs in Arizona, gaining substantial evidence that the state was a refuge for the species. 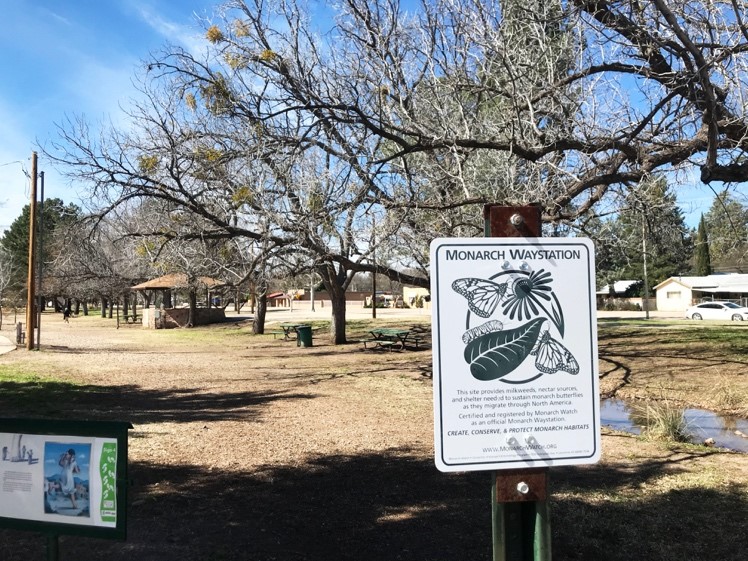 The Monarch Butterfly Waystation marks the beginning of a sidewalk in the town park in Patagonia. Waystations mark areas where butterflies can find nectar sources and milkweeds. (Photo by Alexandra Pere).

To read the rest of the story, link is below. 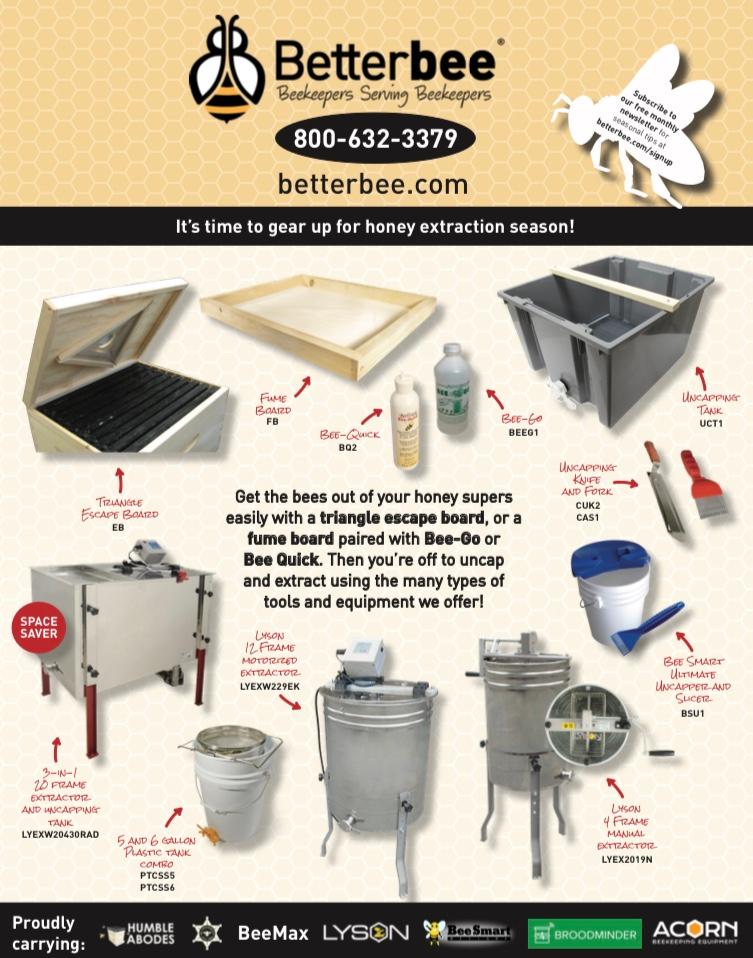