Reprinted from The Salt, What’s On Your Plate, on NPR.

This story comes to you from Harvest Public Media, a public radio reporting collaboration that focuses on agriculture and food production. 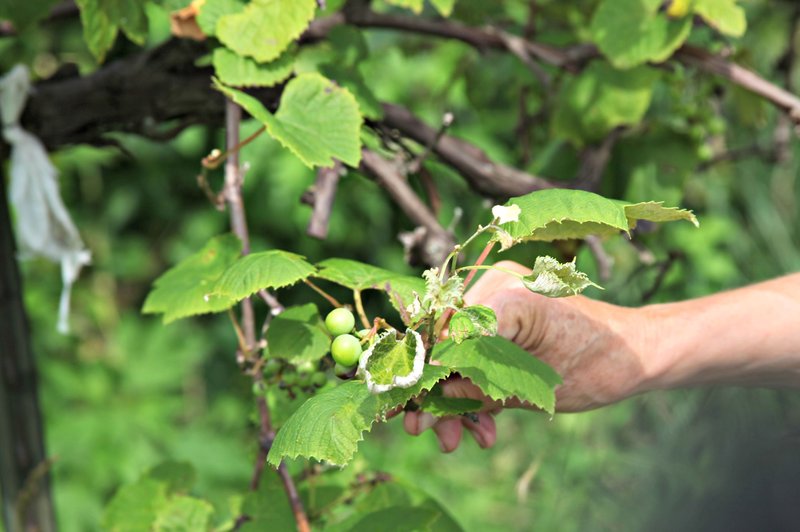 Chert Hollow Farm sits nestled between rows of tall trees and a nearby stream in central Missouri. Eric and Joanna Reuter have been running the organic farm since 2006. That means they don’t plant genetically modified crops and can only use a few approved kinds of chemicals and fertilizers.

“We’ve traditionally raised about an acre and a half of pretty intensively managed produce, so it’s a very productive acre and a half,” Eric Reuter says.

Their neighbors grow acres of conventional corn and soybeans, and they mostly got along. That is until one July evening in 2014. Joanna Reuter was transplanting some broccoli when a sound caught her attention.

basically heard this loud noise,” she says. “It was coming north to south, and I basically yelled, ‘What the ‘beep’ is that?’ ”

They spotted a crop duster passing unusually close to their property. Shortly after experiencing headaches and irritation, they knew the wind had blown something chemical onto their land. Without knowing what it was, they were left in the lurch, with a big asterisk on the authenticity of their organic crops.

“We were concerned about how do we properly market ourselves, because we feel very strongly about openness and honesty,” Eric Reuter says. “We felt a little odd about marketing farm shares and such for the next year as a sustainable, chemical-free farm.”

They’ve opted not to sell their produce this year and hope the contaminated soil will rebound for next year. It’s a big hit for their small business.

And for the crop duster? He received a warning letter. The farm next door did not respond to my requests for an interview.

We’re more susceptible to that kind of contamination than we thought,” Eric Reuter says. “And that raises the stakes significantly for a farm like ours.”

In the U.S., farmers use nearly 900 million pounds of pesticides every year to protect their crops from weeds and insects. Sometimes those chemicals drift to neighboring property, which can ruin crops on organic farms.

Although conventional farms can also get hit with unwanted pesticides, it’s the $40 billion organic industry that’s most vulnerable. As more organic farms pop up, these kinds of disputes will only be more common.

Or, paste the link into your browser.