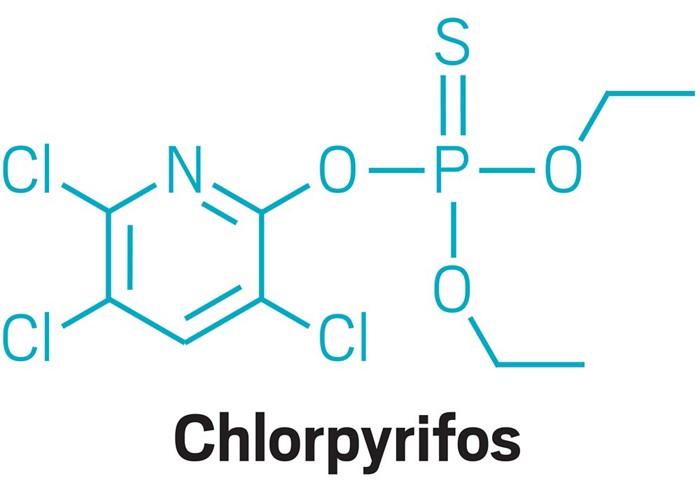 Sacramento, CA: California’s agricultural Commissioners failed to comply with state law requiring them not to issue permits for hazardous pesticide use without first considering whether safe alternatives exist or whether there is potential for harmful interactions with other pesticides used at the same time. That’s the explosive conclusion of a new report by UCLA researchers released today entitled Governance on the Ground: Evaluating the Role of County Agricultural Commissioners in Reducing Toxic Exposures. In fact, the report found that none of the 24 agricultural counties studied is in compliance, indicating a total collapse of oversight of a key set of state laws governing pesticide use.

The report has touched a nerve among community members alarmed at continued use of the organophosphate pesticide chlorpyrifos, linked to irreversible brain damage in young children. The UCLA team studied the process for granting permits to use chlorpyrifos in 13 agricultural counties and found that no effort was made to consider safer alternatives. In every case, agricultural commissioners ceded their oversight role to private Pest Control Advisors hired by growers, and took no steps to ensure compliance with the law. The report has fueled calls for more accountability to ensure that existing laws to protect public health are followed.

“Our Ag Commissioners aren’t chosen to serve growers but to make sure they follow the law,” said Sarait Martinez, coordinator of the local Safe Ag Safe Schools (SASS) coalition. “There shouldn’t be any chlorpyrifos use unless growers can demonstrate they’ve tried safer alternatives first. That’s the way it should be with all hazardous pesticides.”

The study also found that county agricultural commissioners fail to comply with state law requiring them to consider the cumulative impact of multiple pesticides used simultaneously on the same or neighboring fields. Prior research has revealed that pesticides used in combination may increase cancer risk by more than just their sum. The researchers requested any records that would show how agricultural commissioners evaluate combined impacts from three carcinogenic fumigant pesticides commonly used together – chloropicrin, metam sodium and 1,3-dichloropropene (Telone). They found no evidence of any legally-required evaluation before approving their use. The researchers cited 824 cases in 15 counties where two of the three fumigants were applied in the same square mile area within 72 hours of each other in 2015.

“These brain-harming and cancer-causing pesticides are a serious threat to our community’s health,” said Nayamin Martinez, Executive Director of Fresno-based Central California Environmental Justice Network. “We’re alarmed that County Ag Commissioners failed to do any evaluation whatsoever of the combined threat of multiple pesticide applications at the same time, or the possibilities for safer alternative pest management. Chlorpyrifos and carcinogenic fumigants should be the last resort, not the first and only.”

The study focuses on the pesticides that are among the greatest health threats to residents of farmworking communities: brain- and lung-harming chlorpyrifos and cancer-causing fumigants. Nearly a million pounds of chlorpyrifos were applied in the state in 2016, including thousands of pounds within a mile of schools and daycares. Almost 42 million pounds of drift-prone toxic fumigants were applied in California in 2016, the most recent year of available data from the Department of Pesticide Regulation.