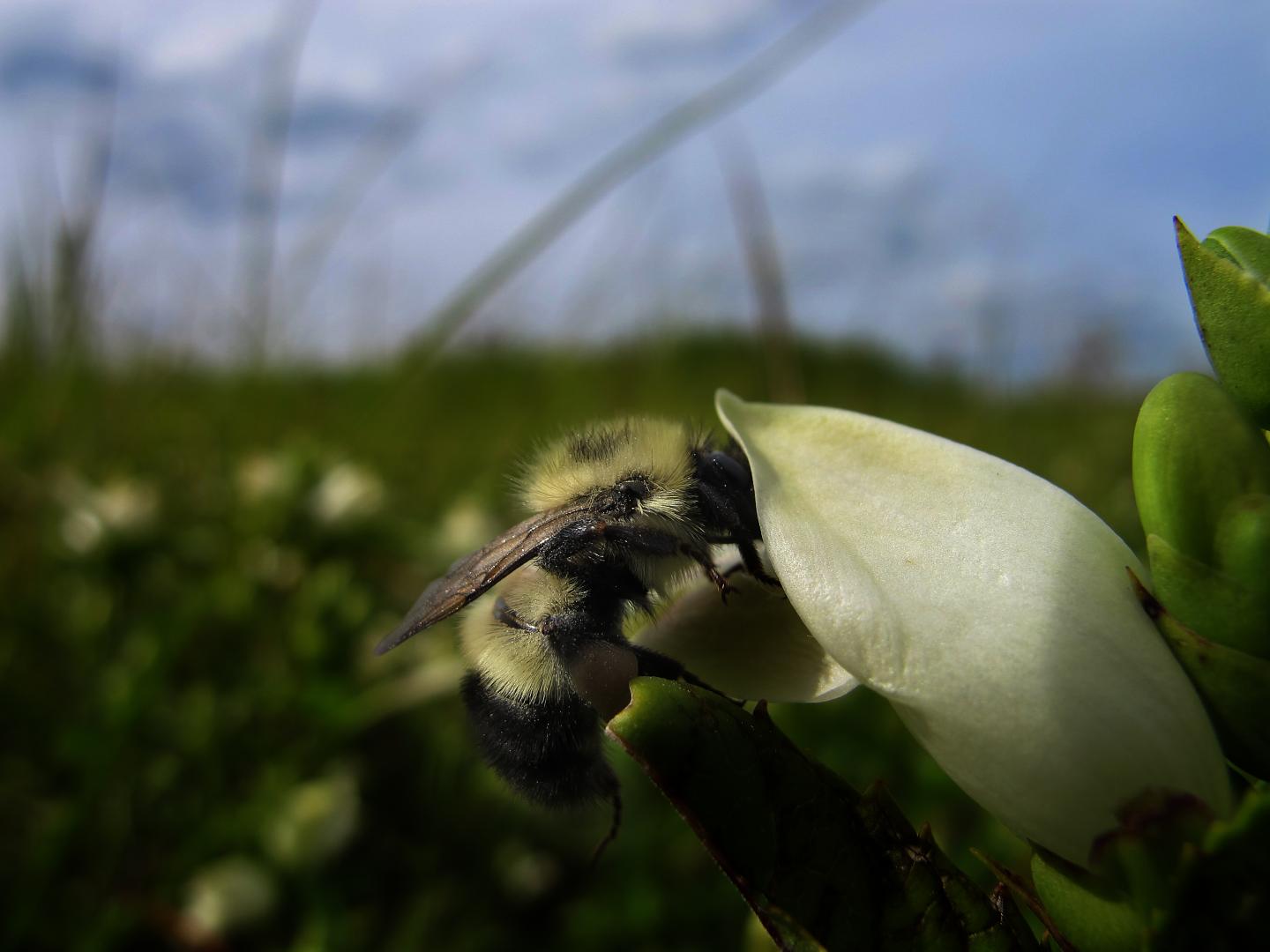 A Dartmouth-led study finds that bumblebees infected with a common intestinal parasite are drawn to flowers whose nectar and pollen have a medicinal effect,

HANOVER, N.H. – Bumblebees infected with a common intestinal parasite are drawn to flowers whose nectar and pollen have a medicinal effect, a Dartmouth-led study shows. The findings suggest that plant chemistry could help combat the decline of bee species.

The researchers previously found in lab studies that nectar containing nicotine and other natural chemicals in plants significantly reduced the number of parasites in sickened bees, but the new study shows parasitized bees already are taking advantage of natural chemicals in the wild.

The study is to appear in the journal Ecology but may be reported now by the media. A PDF of the preprint is available on request. The study was conducted by researchers at Dartmouth College and the University of Colorado-Boulder.

Colony collapse disorder among bees has drawn much attention in recent years, but parasites are a common natural cause of disease in bumblebees and honeybees, both of which play a vital role in agriculture and plant pollination. The intestinal parasite the researchers looked at can strongly affect their survival, reproduction and foraging behavior.

The researchers studied the effects of a group of plant secondary metabolites found naturally in floral nectar — iridoid glycosides — on bumblebee foraging and plant reproduction. Iridoid glycosides can deter deer and other herbivores, but the researchers’ earlier studies showed the compounds have a medicinal effect on parasitized bees by reducing their parasite load.

In the new study, the researchers looked at concentrations of two iridoid glycoside compounds, aucubin and catalpol, in nectar and pollen in four populations of turtlehead, a bee-pollinated wetland plant found throughout eastern North America. They then manipulated concentrations of the chemicals in those flowers to study their effects on bee foraging.

The results showed that relative to healthy bees, those infected with the intestinal parasite greatly preferred visiting flowers with the highest iridoid glycoside concentrations. Bees attacked by a second antagonist, a parasitoid fly, did not respond in this way to nectar chemistry. The researchers also found that flowers with the highest concentrations of nectar iridoid glycosides donated significantly more pollen to other flowers following bee visits, showing that nectar chemistry can affect plant reproductive success.

“Secondary metabolites are commonly present in floral nectar and pollen, yet their functions are not well understood,” says lead author Leif Richardson, a former Dartmouth graduate student now at the University of Vermont. “In this study, we show that these compounds could influence plant reproduction via complex suites of interactions involving not only pollinators but also their natural enemies.”

Adds senior author Rebecca Irwin, a former Dartmouth faculty member now at North Carolina State University: “We show that bees might be able to self-medicate, altering their foraging behavior when parasitized so as to maximize their consumption of beneficial plant secondary metabolite compounds.”