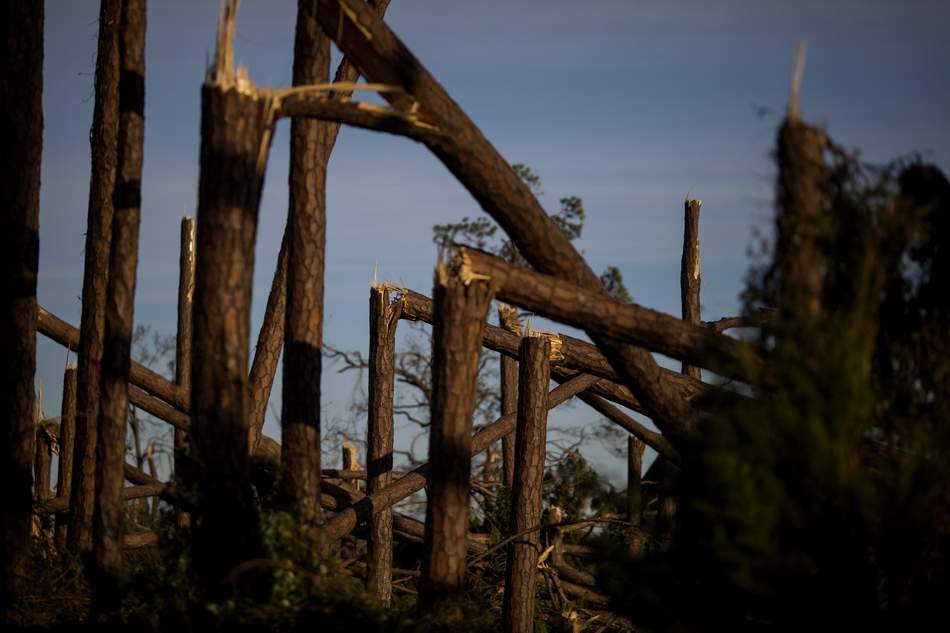 Beekeepers in the central panhandle are working to salvage their hives and rebuild their colonies after the destruction of Hurricane Michael. The storm took down buildings and shattered lives and livelihoods across the central panhandle.  It also destroyed a massive amount of beehives in the region.

“There are somewhere in the neighborhood of about 500 beekeepers, representing about 50,000 bee colonies in the area. And that ranges from beekeepers who are hobbyists, maybe keeping one or two colonies, to beekeepers who are commercial beekeepers keeping many thousands of colonies. Five, 10, maybe upwards of 15,000 colonies,” said Dr. Jamie Ellis, a professor of entomology at the University of Florida. He says so far it’s difficult to determine the amount of damage done by the storm. “A lot of beekeepers are finding it very difficult to get into their apiaries. We’re certainly getting some reports where the wind damage and the rain damage blew over colonies and some of them are outright dead.”

For colonies that have survived the storm, there is the issue of finding food. “Because of all the trees and plants that have gotten blown down, the bees in many areas have very little to eat. So one of the greatest needs that beekeepers have at the moment out there is just for food.”

The Florida State Beekeepers Association and other groups are organizing to bring tankers of sugar syrup to help feed the bees that survived the storm. A GoFundMepage has been set up to raise money for the effort. Once the syrup is available, they will be working to get word to beekeepers in the affected area about locations where they can pick up the food for their bees.

The lack of food is a serious problem, but it’s not the only challenge facing beekeepers in the hurricane area. “There are a lot of things that can happen over time. For example, the colonies that were compromised or damaged or outright dead are very susceptible to a particular beetle that we get. So we expect the beetle population that affects these bees to skyrocket over the next few weeks. When colonies are compromised they rob the honey from one another which can spread a particular bacterial pathogen around significantly among the bee colonies. So right now it’s food, but in a couple of weeks it may be diseases and pests.”

Dr. Ellis says having healthy hives in that area of the panhandle is very important. “That area of Florida is really unique among all other areas (in the state) in that they are a major honey producing stretch through that area. For example one of Florida’s, and for that matter, the United States’ most famous honeys, Tupelo Honey, is produced right in the area that the storm went through.”

The bees are also vital to pollinate crops in Florida and nearby states. “So not only is honey production threatened when these bees are affected significantly, but potentially pollination of some very important food crops.”

The Florida State Beekeepers Association is accepting donations on GoFundMe and at their website Floridabeekeepersorg.

Roy Hendrickson I realize that a percentage of those reading this article are, for whatever reason, committed to a mite control agenda absent of…