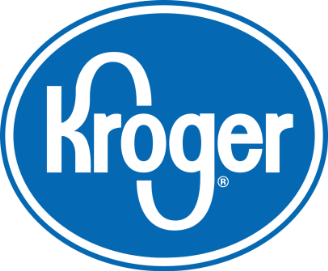 To help home gardeners protect honey bees and other native pollinators Ortho®, a leading brand in lawn and garden, today announced a first-of-its-kind consumer education campaign with the Pollinator Stewardship Council. Titled “Bee Responsible,” the campaign shares tips for responsible pesticide use, including when and how to apply garden control products to avoid pollinators.

“Habitat is a key component to help pollinator populations rebound and home gardens can provide critically needed spaces for pollinators to feed and forage,” says Tim Martin, vice president and general manager for Ortho®. “Since 2016, after evaluating risks to honey bees and other pollinators, we are working to phase out all neonicotinoid-based active ingredients from Ortho® outdoor garden products. We’re proud to be the first to make this important transition. Now we’re collaborating with the Pollinator Stewardship Council to more broadly share ways to use garden control products responsibly.”

Beginning this month, consumers will find resources online at Ortho.com that include gardening tips for how to avoid beneficial pollinators when using garden control products in home gardens. Tips include the following: always use products as directed, spray when air is calm to avoid drift, focus spray on plant leaves and stems, and apply at dusk and dawn when pollinators are less active. Next spring, this campaign expands to be available at retail locations alongside neonicotinoid-alternative Ortho® garden control products.

“In partnering with Ortho®, we are able to expand our message and share educational tips to protect pollinator populations with consumers across the country,” said Michele Colopy, program director of the Pollinator Stewardship Council. “We have already increased awareness of pollinators in Ohio at botanical gardens and farms across the state in support of pollinator conservation on public lands and farms. Now working together, we are helping to increase pollinator friendly practices in everyone’s backyard.”

The Bee Responsible campaign is part of an ongoing effort from Ortho® and its parent company ScottsMiracle-Gro to help pollinator populations regain their foothold by promoting responsible pest control use and encouraging more pollinator-friendly gardens. Through The Scotts Miracle-Gro Foundation, over 125 pollinator-friendly gardens have been funded in the United States. The Foundation also supports ongoing pollinator research and education efforts through its nonprofit grants to groups including the Pollinator Stewardship Council and the National Recreation and Park Association.

Research indicates that the honey bee population may be vulnerable because of pesticides containing neonicotinoids.

The Kroger Co. announced a new policy to protect pollinators that phases out sourcing of live garden plants in stores and garden centers that have been treated with neonicotinoids, a group of insecticides that are harmful to honey bees, by 2020.

Kroger remains open to continued engagement and dialogue with stakeholders on this important topic and will revisit and update its policy in the future.

Costco has updated its pollinator policy in order to further encourage the removal of chlorpyrifos and neonicotinoids from its supply chain. The scope of the policy, first developed in 2016, has been expanded to encourage suppliers of fruits, vegetables, and garden plants to limit the use of non-essential chemicals including these pesticides, as well as to use more eco-friendly methods of pest control.

In addition to phasing out these chemicals, Costco is also working with its fresh produce suppliers to encourage the planting of buffer zones, which benefit pollinators. The wholesale chain is also “significantly expanding” its organic offerings; as the organic certification prohibits the use of neonicotinoids and other dangerous chemicals, this also supports pollinator health.

Neonicotinoids are a class of synthetic pesticides, the most widely used in the world. Several studies have linked neonicotinoids to concerns over bee health, including one 2017 research paper that showed that exposure to neonicotinoids further weakened already weak hives and contributed to widespread bee death. In April, the European Union passed a ban on all outdoor uses of neonicotinoids.

Chlorpyrifos, meanwhile, is a toxic nerve agent first introduced to the marketplace as a pesticide by Dow Chemical in 1965. It has notably been linked to development problems in children. While the EPA was set to ban all uses of chlorpyrifos last year, the decision was reversed in March.

“Given the failure of our federal government to regulate the rampant use of toxic pesticides, we are encouraged by the steps Costco is taking to reduce the use of toxic pesticides in its supply chain and increase organic offerings to protect our environment, public health and pollinators,” said Tiffany Finck-Haynes, senior food futures campaigner at Friends of the Earth, which has been working tirelessly to reduce retailers’ dependence on these and other chemicals.

“We urge Costco and other leading food retailers to require suppliers to phase out use of chlorpyrifos, neonicotinoids and other toxic pesticides throughout their supply chains and to help make organic food available to all.”

In its original 2016 policy, Costco wrote that its decision was motivated by the rapid decline of the honey bee population.

“Costco Wholesale understands that the honey bee population is declining and these bees are necessary for the life cycles of people, plants and the food we consume,” wrote the company. “We have invested in a multi-year research project to improve honey bee health and sustainability and are committed to following the continuing research, developments surrounding bee colony collapse and other areas of environmental concern.”

To date, the company has invested over $2.3 million in honeybee research with Project Apis m.