No Mow May returns to Appleton to promote pollination 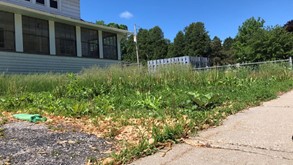 APPLETON (WLUK) — You may see fewer lawn mowers in Appleton and Oshkosh this May. Residents can grow their grass out for the month without being fined as part of “No Mow May.”

Typically, grass cannot be longer than eight inches. It’s all to help the bees.

“Up to a third of the food we eat is produced as a direct result of pollination. That’s a huge impact that it has on our food industry and crops,” Alex Schultz, Appleton alderperson and Pollenablers co-chair, said.

This is Appleton’s second year participating in the program.

“Last year we had close to 500 registered participants, and then anecdotally we did some surveys in our neighborhoods and found that maybe 20 to 30% of the entire population was passively participating. In other words, they were letting their lawns go for one, two, three weeks into May,” Schultz said.

Last year, some city officials voiced concerns about the potential for complaints.

The city’s public works director says in 2020, the first week of June made up 23% of lawn complaints in the entire year.

“We expected an increase obviously because we got a lot more participation. So really the city determined it wasn’t a significant issue,” Schultz said.