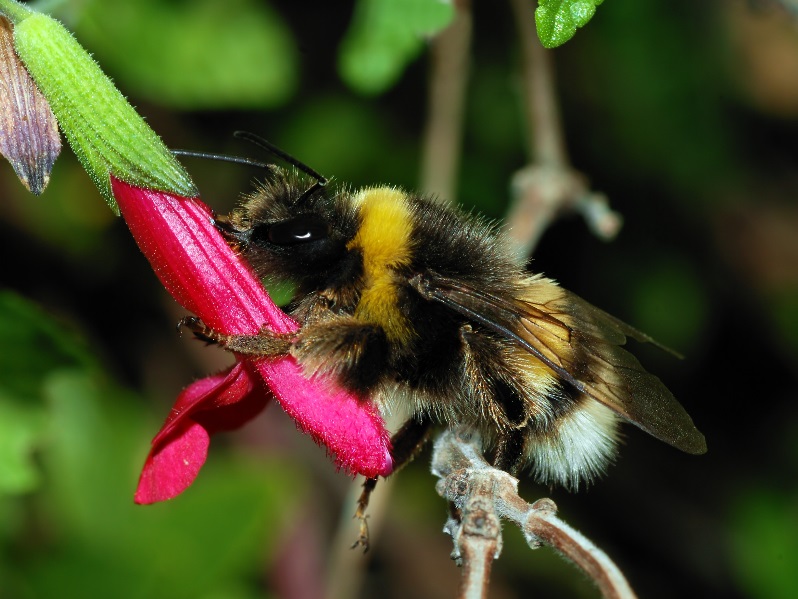 British scientists are urgently calling for stricter regulations on pesticides after finding that they are affecting genes in bumblebees.

Research led by Queen Mary University of London with  Imperial College London for the first time, applied a biomedically inspired approach to examine changes in the 12,000 genes that make up bumblebee workers and queens after pesticide exposure.

It found genes that may be involved in a broad range of biological processes are affected.

It was also found that queens and workers respond differently to pesticide exposure and that one pesticide they tested had much stronger effects than the other did.

Other recent studies have revealed that exposure even to low doses of these neurotoxic pesticides is detrimental to colony function and survival as it impairs bee behaviors including the ability to obtain pollen and nectar from flowers and the ability to locate their nests.

The new approach provides high-resolution information about what is happening at a molecular level inside the bodies of the bumblebees.

Researcher Yannick Wurm of Queen Mary University of London, says some of these changes in gene activity may represent the mechanisms that link intoxification to impaired behavior.

“Governments had approved what they thought were ‘safe’ levels but pesticides intoxicate many pollinators, reducing their dexterity and cognition and ultimately survival,” Wurm says.

“This is a major risk because pollinators are declining worldwide yet are essential for maintaining the stability of the ecosystem and for pollinating crops.

“While newer pesticide evaluation aims to consider the impact on behavior, our work demonstrates a highly sensitive approach that can dramatically improve how we evaluate the effects of pesticides.”

The researchers exposed colonies of bumblebees to either clothianidin or imidacloprid at field-realistic concentrations while controlling for factors including colony social environment and worker age.

They found clothianidin had much stronger effects than imidacloprid –  both neonicotinoid pesticides and both of which are still used worldwide although they were banned in 2018 for outdoor use by the European Union.

This could indicate their bodies are reorienting resources to try to detoxify, which the researchers suspect is what some of the genes are doing.

For other genes, the changes could represent the intermediate effects of intoxification that lead to affected behavior.

The trend differed in queen bumblebees as 17 genes had changed activity levels, with 16 of the 17 having higher activity levels after exposure to the clothianidin pesticide.

Researcher Joe Colgan, also from Queen Mary, says this shows that worker and queen bumblebees are differently wired and that the pesticides do not affect them in the same way.

“As workers and queens perform different but complementary activities essential for colony function, improving our understanding of how both types of colony member are affected by pesticides is vital for assessing the risks these chemicals pose,” Colgan says.

The researchers believe the approach they have demonstrated must now be applied more broadly. This will provide detailed information on how pesticides differ in the effects they have on beneficial species, and why species may differ in their susceptibility.

“We examined the effects of two pesticides on one species of bumblebee,” Colgan says. “But hundreds of pesticides are authorized, and their effects are likely to substantially differ across the 200,000 pollinating insect species which also include other bees, wasps, flies, moths, and butterflies.”

Wurm says the research shows the type of high-resolution molecular approach that has changed the way human diseases are researched and diagnosed, can also be applied to beneficial pollinators.

“This approach provides an unprecedented view of how bees are being affected by pesticides and works at large scale. It can fundamentally improve how we evaluate the toxicity of chemicals we put into nature.”