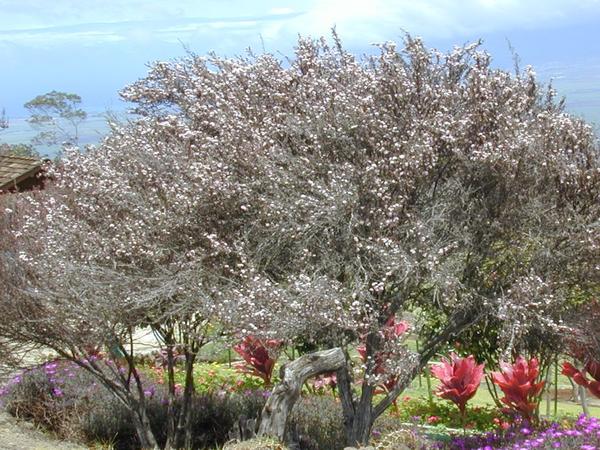 They could lead to new varieties with commercial potential for high-value mānuka honey.

Botanists Joseph Banks and Daniel Solander, aboard HMS Endeavour, collected several mānuka samples around New Zealand in 1769, but they did not record the individual collecting sites.

They took the samples back to Britain for botanical classification, where they were assigned the Latin name Leptospermum scoparium.

The samples were then stored in the British Museum, but most were returned home in the 1890s and are in the herbarium collections of Auckland War Memorial Museum and Te Papa.

The researchers say this chemistry is controlled by mānuka genes rather than by growing conditions – East Cape seed grown in Palmerston North or Christchurch are the same triketone chemotype as their parents.

“Although most plant volatiles are lost quite quickly, think of those old herbs in your pantry, this is not so for mānuka,” Perry says.

“We’ve developed a miniaturized method to analyze the volatiles in tiny sub-samples of the precious herbarium samples and successfully measured volatiles stored in the robust oil gland linings of the historical mānuka leaves 250 years after Captain Cook’s voyage.”

The total volatiles from the samples collected by Banks and Solander were similar to modern samples, and the scientists could identify chemotypes suggesting the collecting sites of these historical samples.

Another Plant & Food Research team, led by David Chagné, is using a different approach to track the origins of mānuka. They have constructed the first high density DNA linkage map for L. scoparium, using thousands of genetic markers.

This map links DNA information to specific traits such as disease resistance (possibly including myrtle rust) and drought tolerance, and to chemical composition of the foliage (the triketones) and nectar (the Unique Mānuka Factor, UMF).

The researchers say constructing a genetic map is a significant step in managing mānuka, which will translate into tools for DNA fingerprinting and for breeding.

Seedlings with commercial potential for high-value mānuka honey and/or foliage chemotypes will be identified.