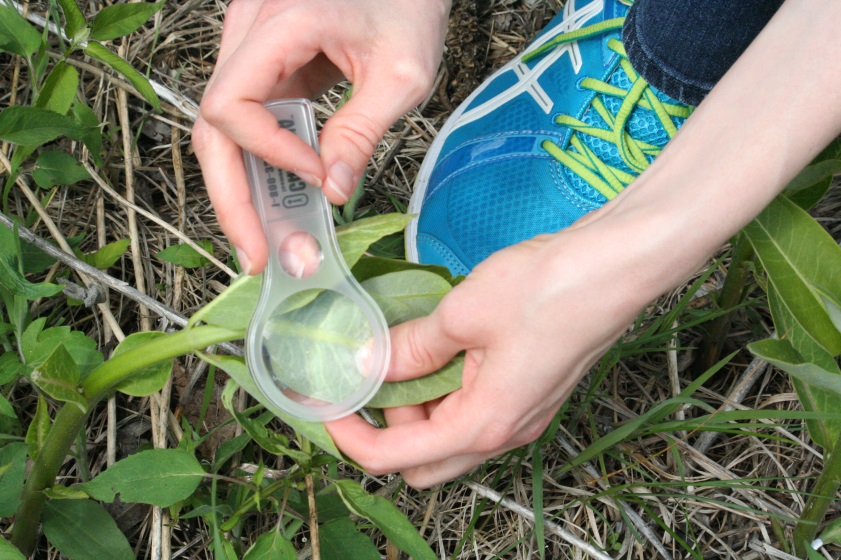 From July 28 to August 5, 2018, citizens from Canada, Mexico and the United States are invited to join the second International Monarch Monitoring Blitz (the Blitz) to help identify the monarch butterfly’s breeding sites that are essential to its survival.

The majestic monarch butterfly, a flagship North American pollinator and symbol of international cooperation, is on its spectacular annual migration from Canada and the United States to Mexico and it needs your help.

Scientists from across North America still have much to learn about monarchs and milkweed plants, the only food source for monarch caterpillars. Both the eastern and western populations of North American migratory monarchs have suffered steep declines over the past 20 years. Observations from citizens can help scientists gain valuable information that will support continental efforts to protect the monarch butterfly and its habitat.

What is the International Monarch Monitoring Blitz?

The International Monarch Monitoring Blitz aims to provide a valuable snapshot for scientists of monarch population status across the monarch migration paths in Canada, Mexico, and the United States. The Blitz is an initiative from the Trinational Monarch Conservation Partnership, created through the Commission for Environmental Cooperation. Through the Blitz, scientists from the Insectarium/Montréal Space for Life, Environment and Climate Change Canada (ECCC), Monarch Joint Venture, the US Fish and Wildlife Service, and Mexico’s Comisión Nacional de Áreas Naturales Protegidas (Conanp) are asking the public to help them understand monarch distribution and occurrence throughout North America.

Each country has something to learn from monitoring milkweed and monarchs during this timeframe, and comparing these observations year to year. Milkweed is essential to monarchs, being the only food source for monarch caterpillars.

Observations reported in Canada will provide scientists with a snapshot of the peak breeding monarch population and milkweed presence in the northern range. Data collected in Mexico will document any monarch breeding taking place in traditionally migratory areas.

In the United States, monitoring the northern range of the eastern monarch population (east of the Rocky Mountains) will paint of picture of milkweed and monarch abundance during breeding of the migratory generation. Reports from the southern range of the eastern monarch population will document whether breeding and early migration are occurring. Information from the western range (west of the Rocky Mountains) will help address largely unanswered questions about monarch breeding and migration patterns in the west.

Canadian citizens interested in taking part in the Blitz can visit the Mission Monarch website, US citizens are invited to visit the Monarch Larva Monitoring Project page, and Mexican citizens can learn more on the iNaturalista website.

Follow the blitz on social media using the hashtags #MissoinMonarch and #Blitz2018!

“The longest journey starts with a simple action.”