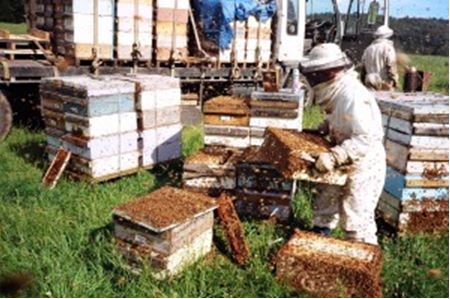 Scientists are now in agreement that we are not facing a beepocalypse as many in the media environmental activists and journalists have been predicting. Bee populations aren’t declining; they’re rising. According to statistics kept by the U.S. Department of Agriculture and the Food and Agriculture Organization of the United Nations, honeybee populations in the United States, Canada and Europe have been stable or growing for the two decades

But the latest statistics have not stemmed the tide of dire warnings. The focus has shifted from the pollinators themselves to beekeepers. Tim Tucker, president of the American Beekeeping Federation recently said: “It’s not the bees that are in jeopardy. …. I believe we’ll always have bees. … [But] unless things change, what’s in jeopardy is the commercial beekeeping industry.”

“Beekeepers are indeed “working nearly twice as hard as ever,” as Tucker has said. Beekeepers report having to split their hives more often to make up for losses, entailing more work than in previous decades.  And for commercial beekeepers maintaining thousands of bee hives, all of this additional work means more employees, more salaries, and more expenses.

The major driver of these challenges is the near-global spread of parasites … read the rest of this article here – http://www.geneticliteracyproject.org/2015/09/24/crisis-shift-bees-may-not-facing-apocalypse-beekeepers/

By: Jessica Louque Pesticides and Beekeepers – A Difficult Relationship In previous months, I’ve given a presentation on pesticides and beekeepers several times. It’s…