Season’s Eating’s: Why Scottish Honey Has Stepped Into The Global Spotlight 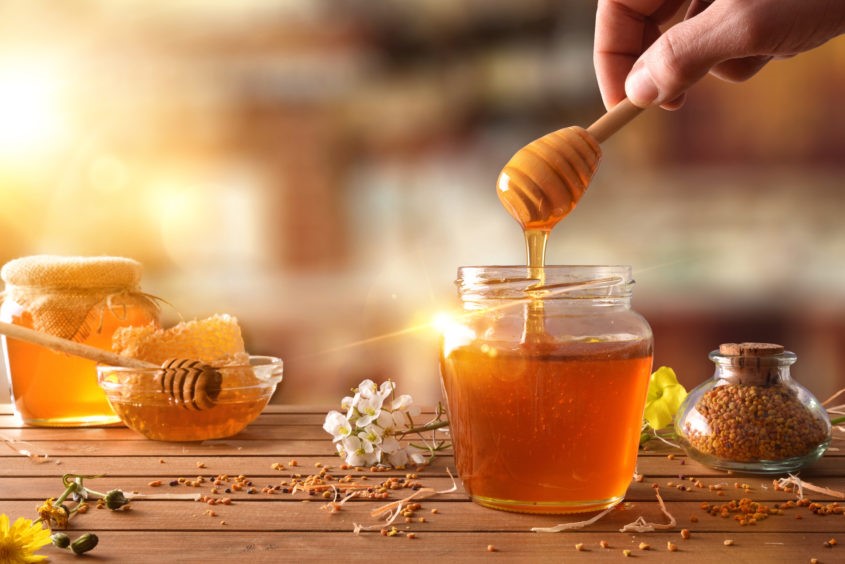 In this weekly series, Rebecca Shearer takes a look at the food that’s in season in Scotland and how to enjoy it at its best.

You may not realise it, but honey bees play an important role in Scotland’s food and drink sector.
It’s estimated that around a third of the food we consume daily relies on pollination, in which our striped friends enjoy a starring role, ably assisted by birds and other insects.

As April ends, the blossom honey season begins, which is when the hives are moved into oilseed rape fields and soft fruit farms to pollinate.

The end product, which is blossom honey, often has the same attributes, taste and colour throughout Europe. Many of the hives are brought in throughout the summer, during which the honey is extracted and the hives moved to the Scottish glens for heather honey. There are plenty of experts who consider this to be some of the finest honey in the world and is the type you can find in the shops, sold with the honeycomb.

Now Scottish heather honey could be in even greater demand after new research found it could rival New Zealand’s manuka honey in terms of nutritional value because of its exceptionally high levels of the important mineral manganese.

According to the European Food Information Council (EFIC), there are more than 300 different types of honey worldwide. But, broadly, it can be categorised into two types: raw and processed.

Honeys can also differ in colour, aroma and flavour depending on the plant source from where the bees have collected the nectar.

Most commonly, from supermarkets, we buy processed honey. However, to get to this, a lot of the vitamins and antioxidants, as well as pathogens, that are present in raw honey have been removed.
Some research also suggests eating honey that is as local as possible (i.e. produced close to where you live) is a potential way to fight off seasonal allergies. For thousands of years, honey has been used in traditional medicines due to its anti-bacterial, anti-inflammatory and antioxidant properties.

The ingredient’s low moisture content and acidity levels create an inhospitable environment for bacteria, which allows it to be anti-bacterial. There is some evidence, though small as most tests are not done on humans, that suggests raw honey may be beneficial in the treatment of coughs, belly and digestive upsets.

What do the producers say?
Ian Mackley, who is based in Westhill in Aberdeenshire, has been keeping bees for 16 years and is a committee member of the Aberdeen and District Beekeepers’ Association. He said: “In terms of seasonality, the first potential crop of the year, oilseed rape blossoms in May, while the last, heather, is in August.

“So the honey extraction season is roughly June to September in Scotland, but obviously honey can be stored and so it should be available all year round.

“In the period between the oilseed rape and heather, there are many other plants on which Scottish bees can forage for nectar – for instance, top fruit, soft fruit, sycamore, lime and rosebay willowherb.

Not every species reliably yields nectar every year, as it is very much weather dependent. But when the nectar source cannot be readily determined, or is known to be from a variety of plants, the honey is often labelled as ‘blossom honey’.

“Honeys vary in appearance and taste because of the varying proportions of different sugars in them, as well as different trace compounds affecting colour and flavour.

“Close examination of a jar of lower priced honey at a supermarket reveals it is usually ‘a blend of EU and non-EU honeys’ and commonly tastes quite bland in comparison. A good jar of local honey is a completely different product and experience than the mass produced ones, usually from China or Turkey, which are the world’s largest honey exporters.”

“There is nothing better than honey which comes straight off the hive and I love the different flavours from different regions. It also has its health benefits and can increase dopamine levels as it just puts a smile on your face because it tastes so good.

“The ingredient is hugely versatile. We could technically live off honey without needing anything else as it has all you need to survive. It also absorbs water, meaning it can be used to moisturise skin and is even anti bacterial and anti microbial. Darker honey has higher medicinal benefits and we can use honey in cooking and baking. Beeswax also makes candles and is used in fuel and cosmetics. Organic alcohol can also be made from it, the options are almost endless.

“Our favourite way to use it in food, here at Heather Hills Farm, is making Cranachan ice lollies, which is perfect for the warmer weather we are starting to experience.”

Heather Hills Farm’s Honey Cranachan Popsicles
Granola, Scottish heather honey, yoghurt and raspberry jam make for this perfect Scottish summer treat – one that’s healthy, delicious and easy to make with the kids. You will need a 10-holed popsicle mould and popsicle sticks to make these, which can be easily purchased online. 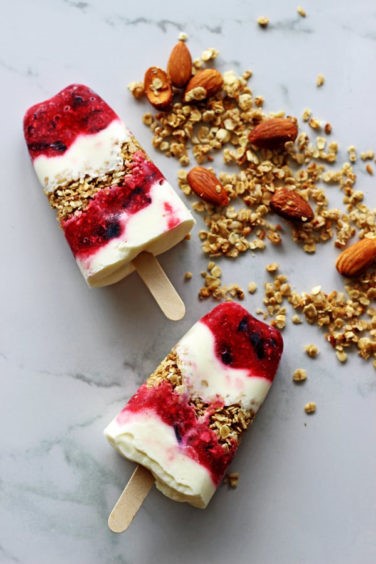 Method:
1. Whisk the yoghurt with the milk and 1tsp of heather honey until smooth.
2. Dollop one heaped teaspoon of raspberry jam into each mould then sprinkle with a few fresh soft berries such as blueberries or raspberries.
3. Layer with the yoghurt mixture. Drizzle over a heaped teaspoon of Scottish heather honey then a layer of granola.
4. Finish with a final layer of yoghurt.
5. Add popsicle sticks and freeze for at least four hours. To remove popsicles, run the mould under a little hot water until they come loose. 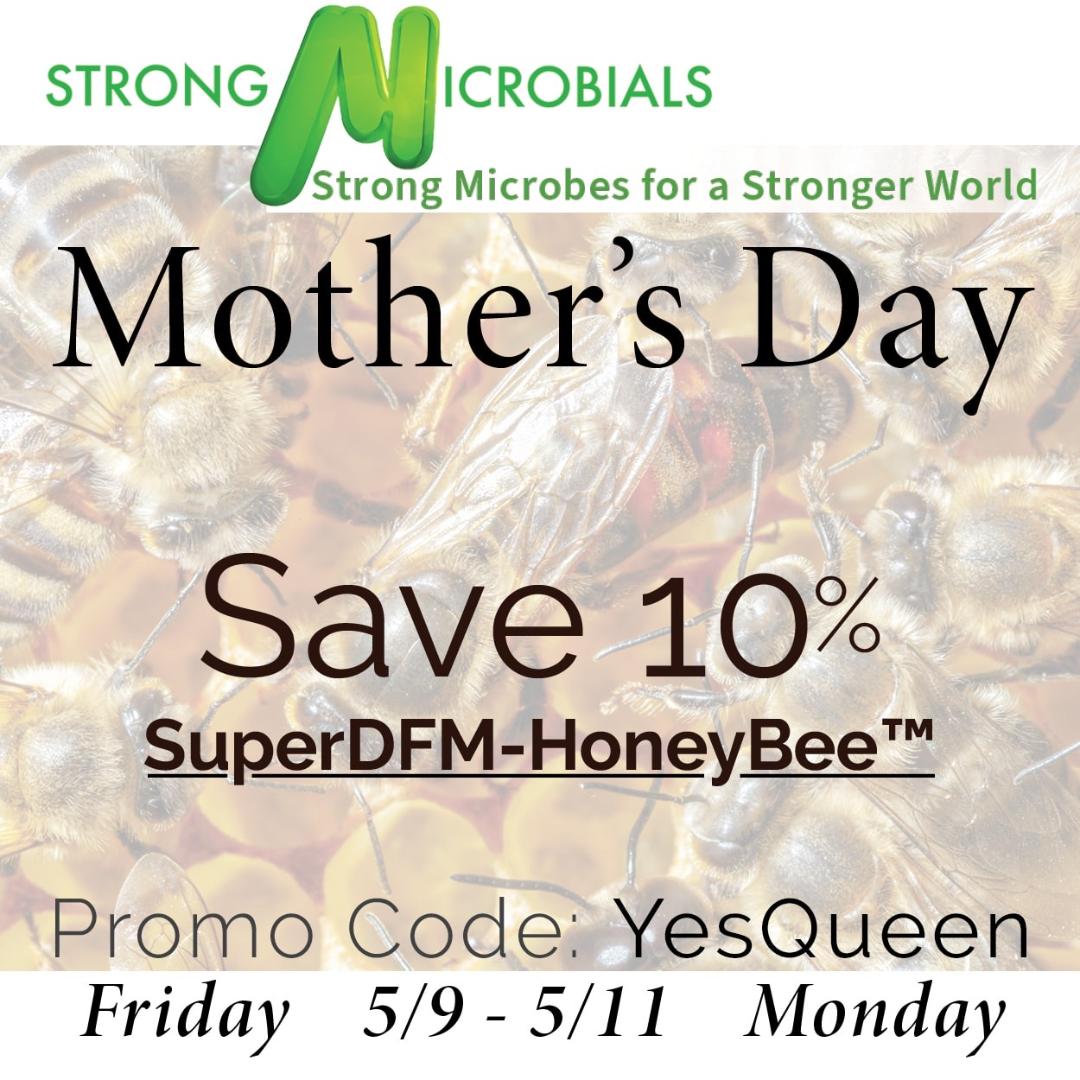