Honey bee nutrition might be key to healthy populations

Lau is also the project leader. To prevent future managed colony losses, his team will look for ways to strengthen bee colony immunity to disease pathogens by feeding them more nutritious diets. 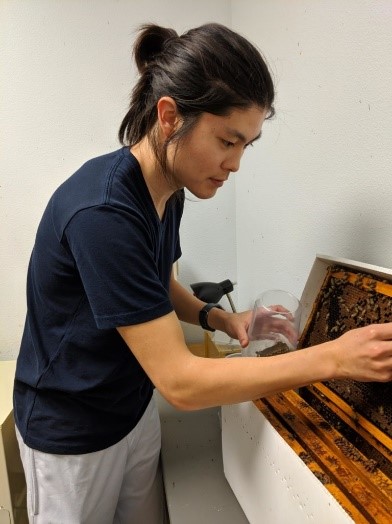 The project is supported by a U.S. Department of Agriculture pre-doctoral fellowship titled “Optimizing Macronutrient Contents in the Honeybee Diet as a Mechanism for Pathogen Defense.”

Researchers will place heavy focus on macronutrients, which are those nutrients in the highest demand by a healthy body for proper metabolism and physiology, Lau said.

His team’s work will be to first understand the varying amounts of proteins and lipids, or macronutrient ratios, present in bees’ diets. They will work to optimize an ideal diet with varying ratios of macronutrients, then they will observe physiological benefits to bees that receive increasingly nutritious dietary mixes. 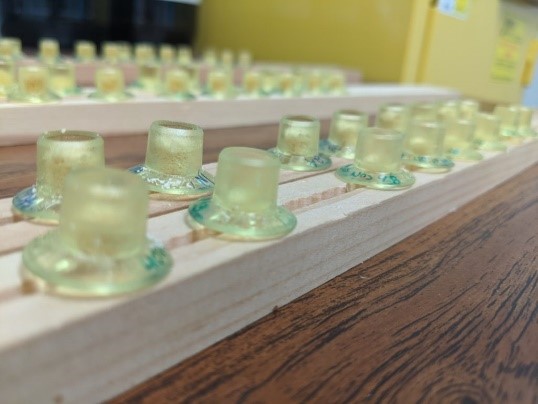 Cups with different macronutrient mixes are presented to bees in these small cups.

As such, in addition to immunity, the researchers will investigate how nutritional changes affect expression of genes that mediate proper honey bee development and growth.

“We know that pollen is the most important source of nourishment for bees, but as a field of research, we have a poor understanding of all the macronutrients that make up pollen,” Lau said.

At the same time, Lau and collaborators, in an unpublished study, were able to determine the nutritional content of certain pollens. In the same study, they noted that honey bees preferred pollen with a lower ratio of protein to lipids, or P:L ratio, than what would be currently available in the beekeeping industry. Moreover, Lau said, existing research shows that organisms naturally seek out pathogen-fighting nutrients in their surroundings.

“Does this mean that honey bees can alter their macronutrient intake to self-medicate and increase their tolerance to a pathogen, given the availability?” Lau said. “It could also be that the role of lipids is more significant than we understand.”

Those include metabolizing certain macro and micronutrients. What if those plants are not available in a crop system?

“We know that honey bees need variety in their diet,” Rangel said. “But, to what extent are certain nutrients required, or even sought after, by the bees for proper nourishment?”

“Can we introduce supplemental macronutrients that allow honey bees to self-medicate in the presence of pathogen infections?” Lau added. “This will be our focus for the next two years.”

Honey bee nutrition might be key to healthy populations 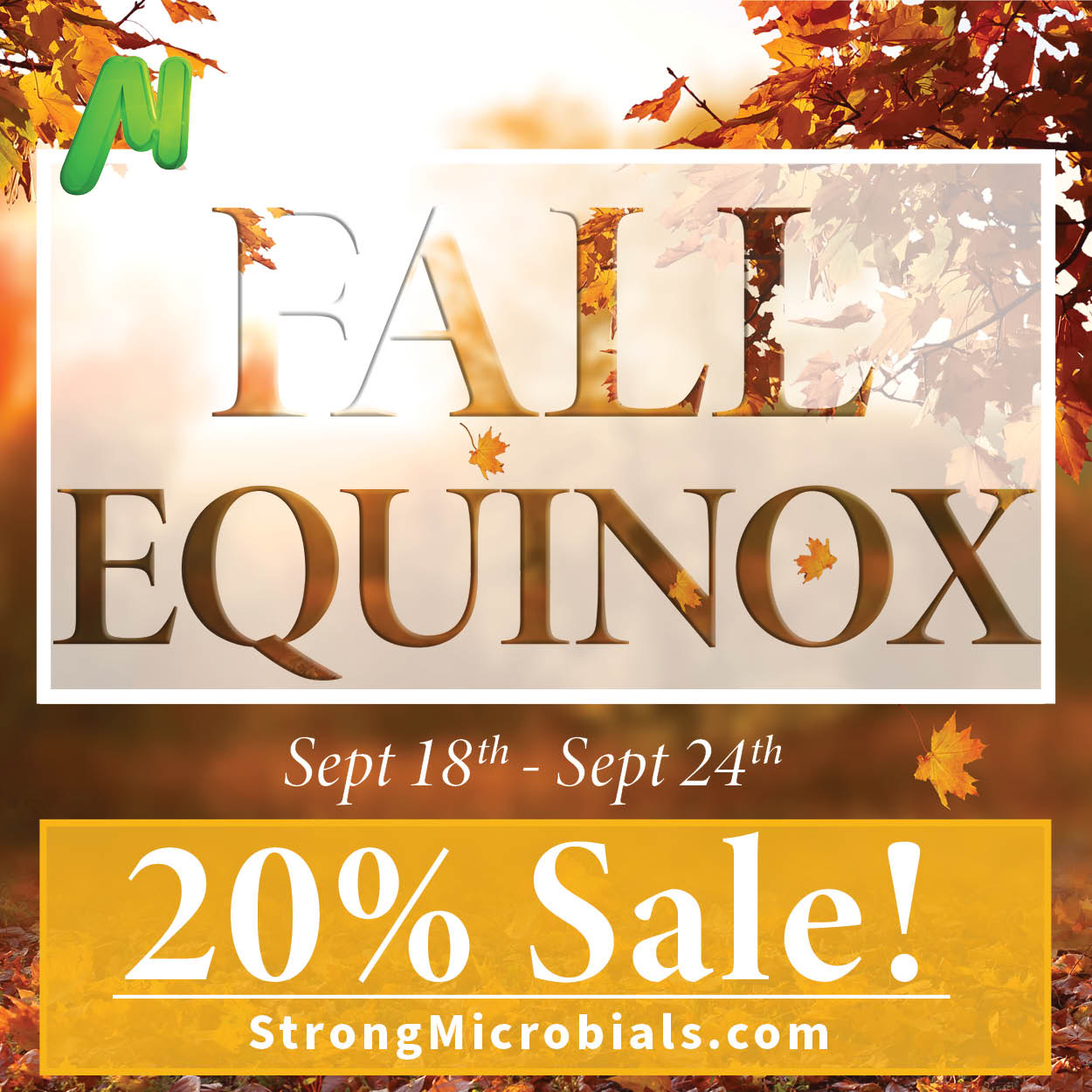