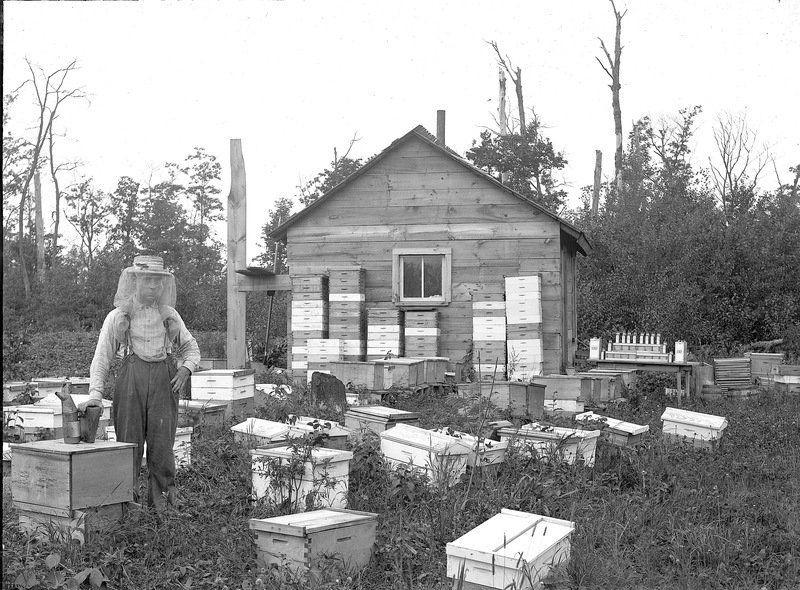 Courtesy Hennepin County Library. A beekeeper and his hives in 1902, around the same time James H. Sprout and Ralph B. Daly were active apiarists. 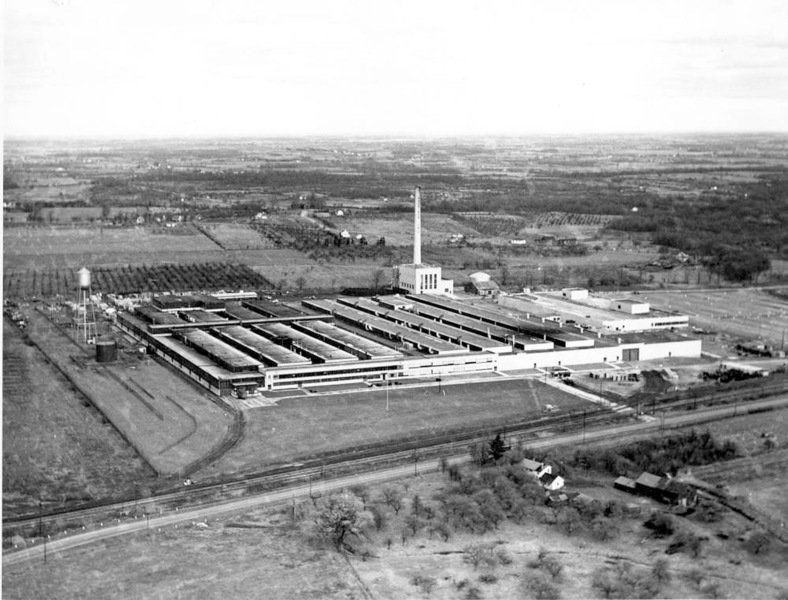 Courtesy Lockport Public Library. Harrison’s Radiator Division’s clever radiator design led to success and expansion of the company. Pictured here is an aerial view of the west plant in 1946.

Honeybees are called the heroes of our planet. Not only do they produce honey, more importantly, through their pollination efforts, they are responsible for more than one-third of the world’s food supply. You might be surprised by the automotive innovations they have influenced here in Lockport.

However, that is not the only bee-inspired automotive invention developed in Lockport.

Winters were tough on early automobiles. Most engines were water-cooled so to prevent bursting due to expansion when the water froze, myriad early antifreeze solutions were used. The earliest antifreeze was a mixture of salt and water. While saltwater has a lower freezing point than fresh water, it is also corrosive to metals and causes rust.

Other early antifreezes were alcohol, glycerine and … honey.

Lockportian James H. Sprout was credited for popularizing, if not inventing, the use of honey as an antifreeze. A 1922 Bee Culture article notes Sprout experimented with a honey concoction in his car’s engine as early as 1916. He touted honey as a rust preventative that would not degrade metal or rubber. It was not susceptible to evaporation like alcohol. Testing by the National Bureau of Standards indicated a 75% mixture of honey to water had a freezing point of minus-9 degrees Fahrenheit.

James (1871-1951) grew up in Royalton before settling in Lockport. The 1910 census describes him as a laborer in the “odd job” industry — probably what many people would consider the beekeeping occupation. A prominent apiarist in the area, James was a founding member and president of the Western New York Honey Producers Association, which formed in Akron in 1913.

James’ wife, Irene, was allergic to bee stings. Tragically, she died from anaphylaxis after being stung by one of her husband’s bees.

Another local proponent of the sweet antifreeze was Ralph B. Daly, who operated an apiary on the corner of Chestnut Ridge and Day roads. (The Daly home is extant, although no longer located at the corner.) Ralph (1873-1944) grew up in Lockport and worked as a beekeeper his whole life.

During the 1901 Pan-American Exposition in Buffalo, Ralph exhibited two forms of white clover honey: comb and extracted. (Comb honey, as the name implies, is still contained within the wax comb. Extracted honey has been spun or otherwise extracted from the comb.)

Forty-two-year-old Ralph made headlines in 1915 by eloping with his 15-year-old neighbor. Ralph asked his wife-to-be to lie about her age and birthplace in order to be granted a marriage license. The marriage was promptly annulled once the bride’s parents found out. The judge granting the annulment admonished the girl to “never do anything your parents do not know about.”

Ralph lived with his mother on his Chestnut Ridge farm until his passing in 1944. His mother survived him and became known as Lockport’s oldest resident, living to the age of 103.

Marketing honey as an antifreeze may have been a way to unload ripe or uncured honey. Thankfully, it was a short-lived fad. By 1926, ethylene glycol was introduced to the market (Although ethylene glycol had been created in 1859 by French chemist Charles Adolphe Wurtz). Anti-freezes and coolants use this mixture today.

If you are interested in learning more about the history of beekeeping, attend the Town of Lockport Historical Society’s meeting at 7 p.m. Wednesday (March 18th) at the town hall, 6560 Dysinger Road. Local beekeepers Jeff and Tara Hahn from Hahn’s Honeybee Haven will be presenting. 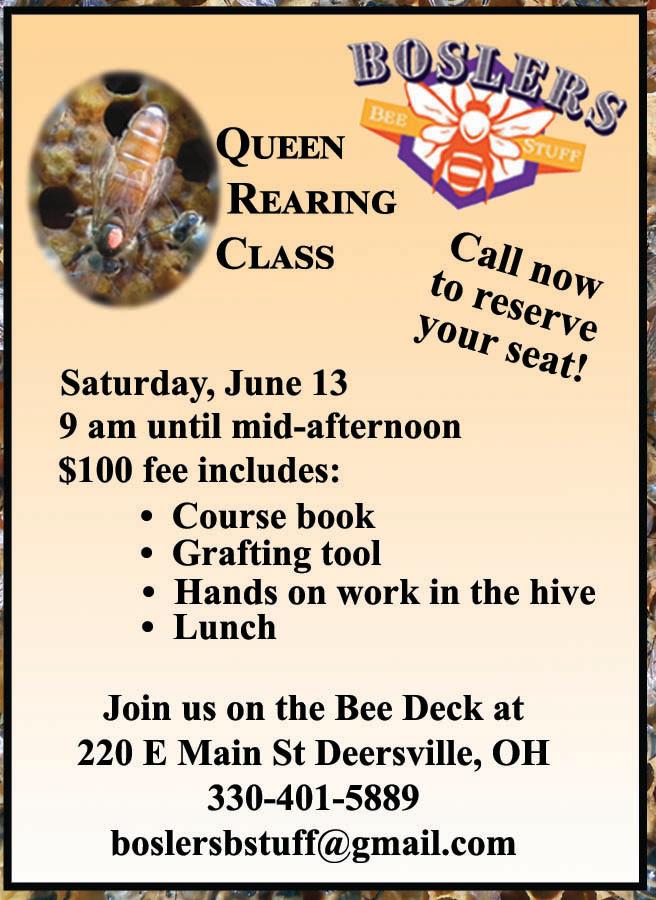