Honey as a Wound Treatment? Scientists Are Exploring Its Potential Healing Effects

Research on honey’s antibacterial qualities could push this ancient remedy from alternative medicine into the mainstream.
By: Allison Whitten 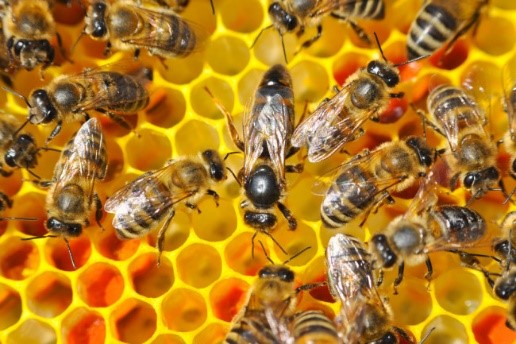 Ancient humans liked to put weird things on open wounds: animal poop, moldy bread, and a gooey substance produced by bees. But modern science suggests the gooey one — honey — is a powerful killer of bacteria that cause infections. As scientists race against the growing crisis of antibiotic resistance, some expect honey to make a medical comeback thousands of years later.

About 15 years ago, the science evaluating honey as an antibacterial finally gained some legs, according to Dee Carter, a microbiologist at the University of Sydney. Carter has been studying the antibacterial effects of honey for almost 25 years. Since then, researchers have discovered multiple mechanisms that make honey a top-notch bacterial assassin — depending on the type of honey.

Sweet Bacteria Killer
Today, you can find over 300 types of honey produced around the world. They differ by the type of flower the honeybees visit to extract nectar. Once the nectar reaches their stomachs, it doesn’t stay long; honeybees take turns regurgitating the sugary mixture to fill their honeycomb. (Also, bee enthusiasts want you to know: Despite what you may have heard, honey is not bee vomit, since the nectar never technically reaches the digestive tract.)

The process creates a complex substance where the high acidity, sugar content and viscosity make it difficult for bacteria to thrive — but the most lethal element is hydrogen peroxide, according to a 2012 study. Carter explains that all honeys produce hydrogen peroxide to varying degrees because of an enzyme in the bees’ spit, which mixes with the nectar during all that regurgitation. Their saliva contains glucose oxidase, and when exposed to water it breaks down glucose in honey and forms hydrogen peroxide, a commonly used antibacterial substance.

But there’s one type of honey that researchers have paid the most attention to, because its bacteria-killing arsenal goes beyond hydrogen peroxide. Manuka honey comes from honeybees that feast on the nectar from manuka flowers in New Zealand. Carter says manuka honey’s antibacterial properties stem from a special chemical in manuka flowers called dihydroxyacetone, or DHA. In honey, DHA becomes methylglyoxal (MGO), which is a sugar that attacks undesirable bacteria. Humans and other organisms have a well-developed enzyme system that protects them from MGO, while bacteria don’t fare as well.

“There is a lot of scientific evidence that shows that honey allows complex wounds to heal,” says Edwar Fuentes Pérez, a biochemist at the University of Chile.

This is good news, because bacteria can run amok in complex wounds like ulcers. Carter says these wounds are more likely to have multiple bacterial strains living together inside something called a biofilm, which is a self-produced matrix of bacterial slime. These types of wounds require strong topical antibiotics to treat. Researchers are finding that honey is one of the best options.

“Most antibiotics will slow down wound healing, and they will cause cellular damage as well, whereas honey seems to actually kill the bacteria and promote healing,” says Carter.

To read the complete article go to:
https://www.discovermagazine.com/health/honey-as-a-wound-treatment-scientists-are-exploring-its-potential-healing