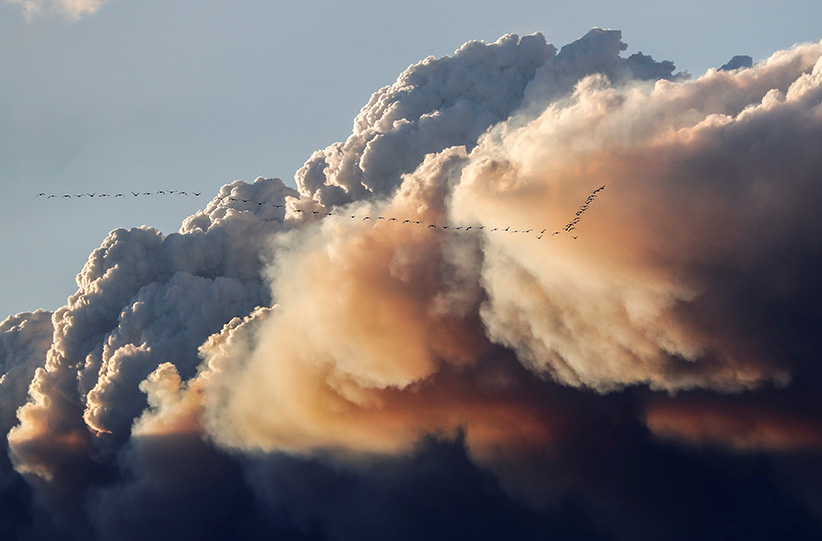 Heavy smoke from northern Alberta wildfires was causing concern for some of the Canadian province’s beekeepers.

The Calgary Herald reports beekeepers say their bees, normally feasting on the nectar of dandelions and flowering trees, were inactive due to the smoke blanketing most of Alberta.

Jeremy Olthof, president of the Alberta Beekeepers Commission and owner of Tees Bees Inc., a commercial honey producer and pollinator in central Alberta, told the newspaper the bees aren’t foraging much.

“Bees rely on the sun for navigation, so smoke like this really slows things down,” he said

Alberta is the biggest honey producer in Canada and the third largest in North America. But Olthof said the honey season is relatively short and the potential for forest fire smoke to impact production levels is a real risk.

“Especially farther north, beekeepers only have a couple of weeks when the honey comes in and then it comes in really fast. So if they’ve got poor weather or smoky days, it can really affect them.”

The conditions could also impact wine production as many of Alberta’s wine-makers use honey as their fermenting agent. At Spirit Hills Honey Winery southwest of Calgary.

“Whenever we get smoke like this, there’s not a bee flying,” , owner Hugo Bonjean told he Herald. “It affects the honey crop. And at our winery, we also make dandelion wine and this is the time of year when we harvest dandelions because you can only harvest them when they’re ripe. But as of today, the dandelions aren’t even opening.”

Prairie Provinces have been warned they can expect to see a longer fire season, in addition to more frequent wildfires, heat and drought in the coming years, as a result of climate change.

Last summer, Calgary broke a record for the number of smoky hours as wildfire smoke from neighboring British Columbia blew east throughout much of August.