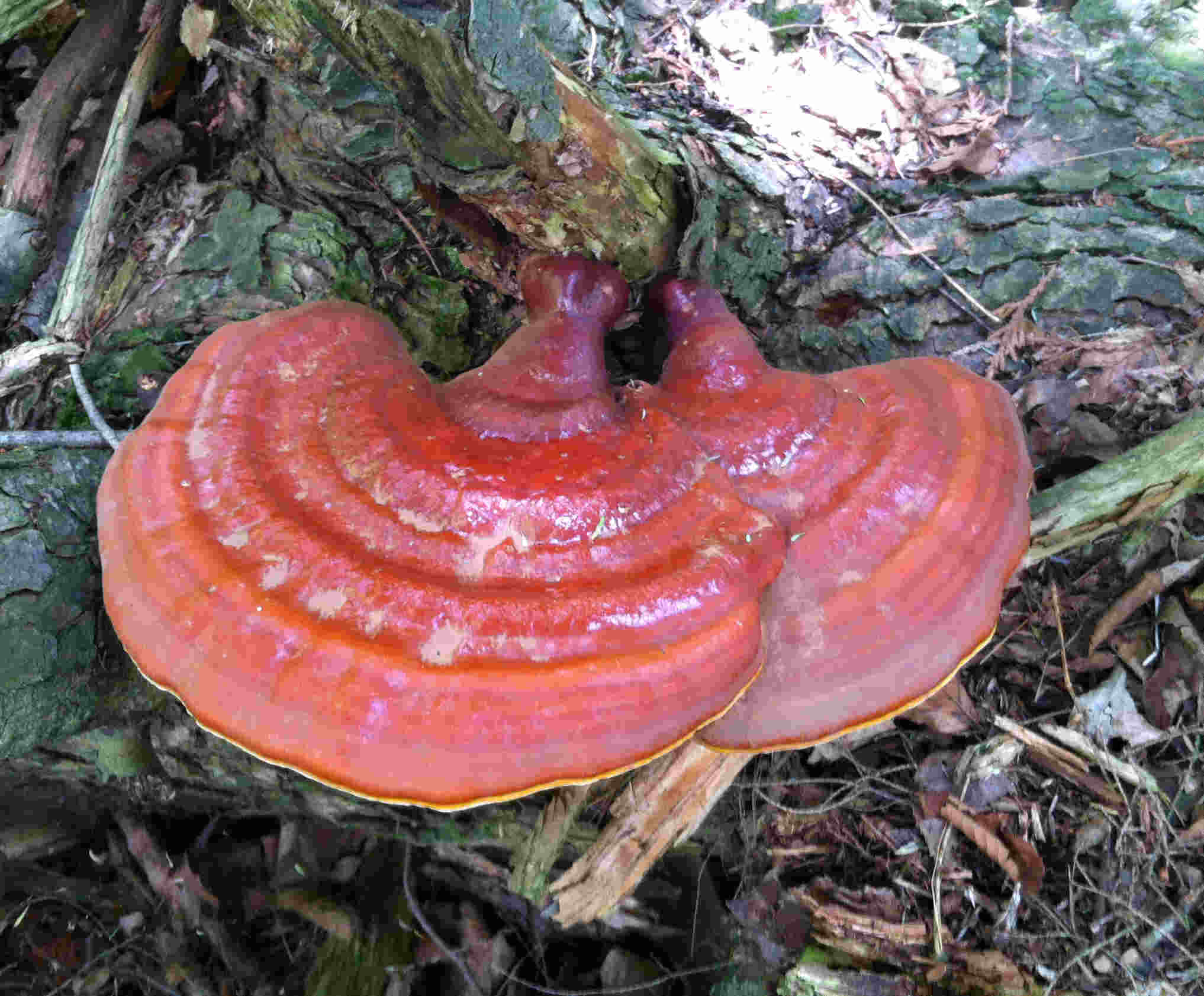 Steve Sheppard and his team provide the mushroom extract to a bee colony as part of their experiment. Bees that received the extract showed significant declines in viral infections within days.

A mushroom extract fed to honey bees greatly reduces virus levels, according to a new paper from Washington State University scientists, the USDA and colleagues at Fungi Perfecti, a business based in Olympia, Washington.

In field trials, colonies fed mycelium extract from amadou and reishi fungi showed a 79-fold reduction in deformed wing virus and a 45,000-fold reduction in Lake Sinai virus compared to control colonies. Though it’s in the early stages of development, the researchers see great potential in this research.

“Our greatest hope is that these extracts have such an impact on viruses that they may help varroa mites become an annoyance for bees, rather than causing huge devastation,” said Steve Sheppard, a WSU entomology professor and one of the paper’s authors. “We’re excited to see where this research leads us. Time is running out for bee populations and the safety and security of the world’s food supply hinges on our ability to find means to improve pollinator health.”

The research was published in the journal Scientific Reports.

The hope is that the results of this research will help dwindling honey bee colonies fight viruses, that are known to play a role in colony collapse disorder.

This is the first research paper to come out of a partnership between Sheppard’s lab and Fungi Perfecti. Their co-owner and founder Paul Stamets is a co-author on the paper.

Stamets is passionate about the various benefits of fungi, both to humans and wildlife. And he’s been enjoying this partnership with Sheppard and his lab.

“This is a great example of connecting the dots between two fields of biological science,” Stamets said. “I am excited about new discoveries and opportunities. For me, the best of science is when it is used for practical solutions. Our team is honored to work with WSU researchers and look forward to continuing collaboration.”

Right now, the mycelium extract isn’t currently available in levels for beekeepers to purchase for their hives.

“We are ramping up production of the extracts as rapidly as is feasible, given the hurdles we must overcome to deploy this on a wide scale,” Stamets added. “Those who are interested in being kept up to date, can sign up for more information at http://www.fungi.com.”

Sheppard said he and his colleagues plan to do more work to refine their now-published results. That way beekeepers will have the best information when supplies are more available.

“We aren’t sure if the mycelium is boosting the bees’ immune system or actually fighting the viruses,” Sheppard said. “We’re working to figure that out, along with testing larger groups of colonies to develop best management practices and determine how much extract should be used and when to have the best impact.”

Over the last decade, beekeepers have seen a disastrous decline in the health of honey bee colonies, often averaging over 30 percent loss annually. Varroa mites, and the viruses they proliferate, play a major role in those losses. Deformed wing virus, which causes shriveled wings on bees, greatly reduces the lifespan of worker bees.

Lake Sinai virus is also associated with varroa mites and is widespread in bee colonies around the United States. While the virus has no obvious or overt symptoms, it’s an important virus to fight because it was found at higher levels in bees from collapsing colonies. It is closely related to chronic bee paralysis virus and it likely makes bees sick and weak, according to WSU assistant research professor Brandon Hopkins.

The treated bee colonies in this experiment were fed an oral treatment of mycelial extracts in dozens of small WSU bee colonies infested with varroa mites.

“It’s a really easy treatment to apply,” Sheppard said. “After we follow larger colonies for a full year, we can develop recommendations for how to use the extracts. Then it is expected that Fungi Perfecti will ramp up production.”

There is currently no timeline for when the extract would be available at a scale large enough for beekeepers.