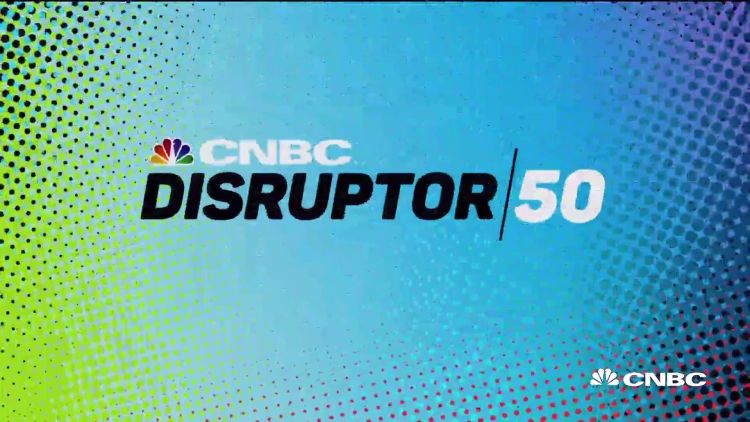 A four-year-old start-up called Indigo Ag is the No. 1 company on the 2019 CNBC Disruptor 50 list.

Indigo Ag is out to feed the world and help farmers make a good living without harming the planet. And one secret to its recent growth is hidden in the stars. Using satellite imaging and geospatial intelligence, it’s created a living map of the world’s food supply.

The quest to increase food production remains critical as the global population grows from around 7.5 billion today to a projected 9.8 billion by 2050, according to data from the United Nations. Intensification of food production in the last decade has contributed to deforestation, declines in soil health and freshwater resources, plus an increase in greenhouse gas emissions. Farmers and other food businesses are now struggling to rein in their negative environmental impacts.

With 920 employees, Indigo Ag is best known for making non-GMO seed treatments that help farmers maximize their yield on row crops, including soybeans, rice, wheat, corn and cotton. The treatments consist of naturally occurring microbes, like plant-friendly bacteria and fungi. Farmers apply them to

Eventually, the start-up plans to develop microbes to aid the growth of other crops, including coffee and high value nuts, fruits and vegetables. But for the time being, the company is focused on grains.

Traditional chemical “inputs,” as they’re called in the industry, can cause water pollution, harm wildlife, have damaging side effects on soil and hurt the health of people who work with or ingest them.

In one famous case, a team of scientists led by Louisiana State University and the Louisiana Universities Marine Consortium found a New Jersey-size “dead zone” in the Gulf of Mexico, caused largely by the runoff of fertilizers and other waste from farms around the Mississippi River.

According to Ben Riensche, a sixth-generation farmer in Iowa who grows corn and soybeans on 18,000 acres, Indigo Ag’s seed coatings improve crop yields, typically by more than 10%. He has been working with the company for three years as a customer and a research partner. Indigo Ag tests and runs control groups in four of his fields when they’re developing new seed treatments.

Riensche says Indigo Ag’s approach is appealing to farmers who want help growing through rough conditions like drought or when a disease or pest infestation is threatening to encroach. But farmers also want to improve their bottom line.

“Let’s face it, crops face stress every year. No two years are alike. Hot, cold, wet, dry, early or late — I’ll tell you what has to be the fertilizer strategy. But if you can help my plants overcome stress in the field, and help me produce the same yield with less inputs, or produce higher-value crops using something from the biome? It’s better for my business and better from an environmental standpoint.”

In 2017 Indigo Ag had notched a few hundred customers. By 2018 that number had ballooned to 5,000 food producers growing food on 1 million acres. The company expects to see 25,000 growers using its technology to produce food on 4 million acres by the end of this year.

The company is on target to surpass annual revenue of $1 billion in 2019, Perry says, partly owing to its international expansion. It now operates outside the U.S., in Argentina, Brazil and Australia, along with a joint venture with Mahyco Grow in India.

Indigo Ag’s chief of operations for North America, Rachel Raymond, says it’s been hard for the agriculture industry to attract a next generation of farmers, including in the U.S.

That’s because most farmers here are figuring out how to cope with increasingly unpredictable and extreme weather. At the same time, they have been hit by new tariffs and uncertainty around trade negotiations between the U.S. and China, previously a major buyer of soybeans and other row crops.

Perry and Raymond say that by bringing better forecasting, transparency and products to the market, they’re out to make farming less of a commodity business and more reliably profitable.

Since farmers want to grow profits as well as crops, Perry has pushed Indigo Ag to expand its offerings beyond microbiology into software and services for

Indigo Ag rolled out a farmer’s answer to eBay or Amazon — the Indigo Marketplace — with select customers in June and a public launch in September last year.

The platform connects growers with buyers who want the ingredients they purchase to meet exacting specifications.

For example, to meet local environmental standards or hit corporate sustainability goals, some businesses will want to buy grains that were grown using less water or producing lower amounts of greenhouse gas emissions than average.

For the convenience of getting just what they want, with no phone calls or travel required, buyers are willing to say how much they’ll pay ahead of a harvest. That’s a good thing for farmers trying to anticipate prices or demand.

Perry says the Indigo Marketplace has already seen $30 billion worth of bids. One major buyer on it is Anheuser-Busch InBev, the holding company behind beers including Budweiser, Stella Artois and Hapi (from China’s Harbin Brewery).

After the marketplace gained traction, Indigo Ag began hearing more from farmers about their other needs — like transporting their grains to customers or storing their grains safely and quickly when floods were threatening to destroy their crops.

So Indigo Ag rolled out another service, Indigo Transport, which links carriers to growers and other bulk commodity shippers across the U.S.

Indigo Ag has also been gathering genomic information on plant microbes, which it uses to predict whether a certain bacteria or fungi will help a plant survive and thrive in shifting environmental conditions.

In December 2018, Indigo Ag acquired Tellus Labs, a company that parses complicated images from satellites to figure out what’s growing, where on Earth and in what conditions, each day.

Incorporating this technology allows Indigo Ag and its customers to monitor the world’s food supply and figure out where to focus their efforts next.

As Perry explained: “In the same way that Google maps can tell you anytime a new Starbucks appears on the corner, we want to have that same level of information about our food supply. As an example, we now know every field that corn and soy is growing on in North or South America. We can estimate the yields on those and update that on a daily basis. ”

Farmers look at this information and make decisions about what to plant, when to harvest and when to take certain protective measures, he added.

She’s looking forward to the day that whisky and beer made with her customers’ crops show up at her favorite watering holes.

Indigo Ag directly challenges the business interests of some of the largest companies in the agricultural sector — where M&A and venture investing have accelerated in recent years — including Nutrien, Mosaic, BASF, Sygenta (now part of Chinese giant ChemChina), Corteva (DowDuPont’s agricultural sciences division) and Bayer (which acquired Monsanto).

Bayer has lost nearly 50% of its value since the Monsanto merger and a series of billion-dollar court settlements related to its Roundup weedkiller.

Indigo Ag has raised approximately $650 million in venture funding and is valued at $3.5 billion. Its backers include Ballie Gifford, the Investment Corp. of Dubai, the Alaska Permanent Fund and Flagship Pioneering.