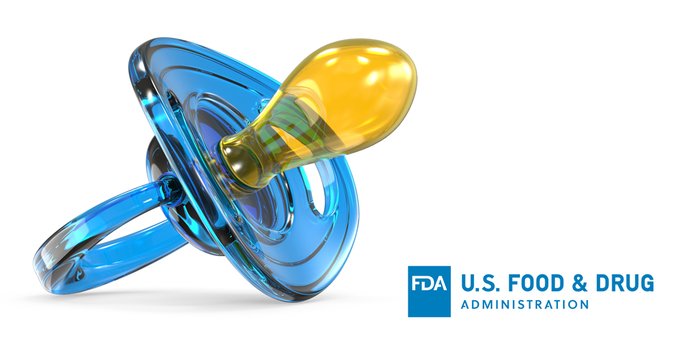 The FDA just issued a safety alert reminding parents not to feed children younger than 1 honey, including in pacifiers.

Texas Health Services warned Friday that four infants were hospitalized with botulism after using pacifiers that contained honey. The pacifiers had come from Mexico, but similar items are available through U.S. retailers and online, according to the FDA.

Do NOT give children

FDA has rec’d reports from the state of Texas @TexasDSHS – 4 infants have been hospitalized w/ #botulism. All 4 had used #pacifiers containing honey from Mexico & available thru US retailers. https://go.usa.gov/xP7jR

In infants under 12 months of age, symptoms usually start with constipation and may include poor feeding or weak sucking, loss of head control and difficulty breathing, according to the Texas health department.

Honey is known to be linked to botulism in infants, but it is safe for adults and children at least a year old.

The FDA urges parents and caregivers not to give babies pacifiers dipped in honey or pacifiers containing honey. It also called on online retailers selling such products to discontinue them and said on Twitter that it’s working to identify those retailers.

“If you purchased a pacifier filled with honey, stop using it & discard immediately,” the FDA wrote on Twitter.

Samuel Ramsey One thing you might hear about Samuel Ramsey, soon-to-be-Ph.D from the University of Maryland, is that he is a great speaker: during…