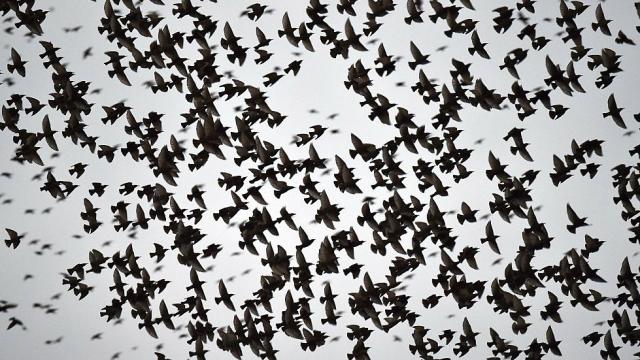 The U.S. House of Representatives is expected to vote on the farm bill, H.R. 2, this week. The legislation contains numerous provisions disastrous to wildlife, our environment and our economy.

Title IX, the “Poisoned Pollinators Provision,” would exempt pesticide registrations from key requirements to protect imperiled species under the Endangered Species Act (ESA). Title VIII would weaken species protections and other safeguards on national forestlands. Title II would shortchange critical conservation programs that depend on farm bill funding and implementation which benefit wildlife in every state.

The House should vote this partisan bill down and produce a balanced bill that serves our nation’s farmers and communities without damaging ecosystems and undermining fundamental environmental protections.

The bill is jammed with ESA and Clean Water Act overrides. Title IX includes provisions that would undermine protections for endangered and threatened species from potentially harmful pesticides and allow for pesticide dumping into waterways without meaningful oversight.

A third of our food is pollinated by birds, bats and insects. Native pollinators provide an estimated $3 billion worth of crop pollination services annually. The Poisoned Pollinators Provision weakens important requirements under the ESA that address the toxic pesticides effects on threatened and endangered species including butterflies, bees and other sensitive pollinators, Pacific salmon and steelhead, black-footed ferrets and orca.

Section 9111, “Registration of pesticides,” would rescind the Environmental Protection Agency’s (EPA) legal obligation to consult with expert federal wildlife agencies to assess the effects of toxic and potentially dangerous pesticides on endangered and threatened species. It allows EPA to make unilateral, self-interested determinations regarding pesticide impacts on endangered species on an extended timeframe.

EPA would have until 2026 or 2033 to complete reviews for registered pesticides, and four years for pesticides registered after enactment of this language. This reckless approach will harm endangered wildlife and disrupt agricultural ecosystems, resulting in pollinator population declines that will hurt farmers and their crops.