You might have been wondering when the preliminary results of the 2018/9 Bee Informed Partnership Colony Loss and Management Survey will be posted.

Well, today is the day. Thanks for your patience!

The “traditional” abstract is below, while the Press Release issued by the University of Maryland can be read here.

We want to thank all of you – whether you are a long-term respondent or a new-Bee to the survey – for participating this year. The information you provided is critical to building a long-term data set that we can now use to develop regionally-specific management recommendations.

Please keep your eyes on our national colony loss map and our interactive management portal. In the coming weeks we will be publishing our 2018/19 state-specific results. 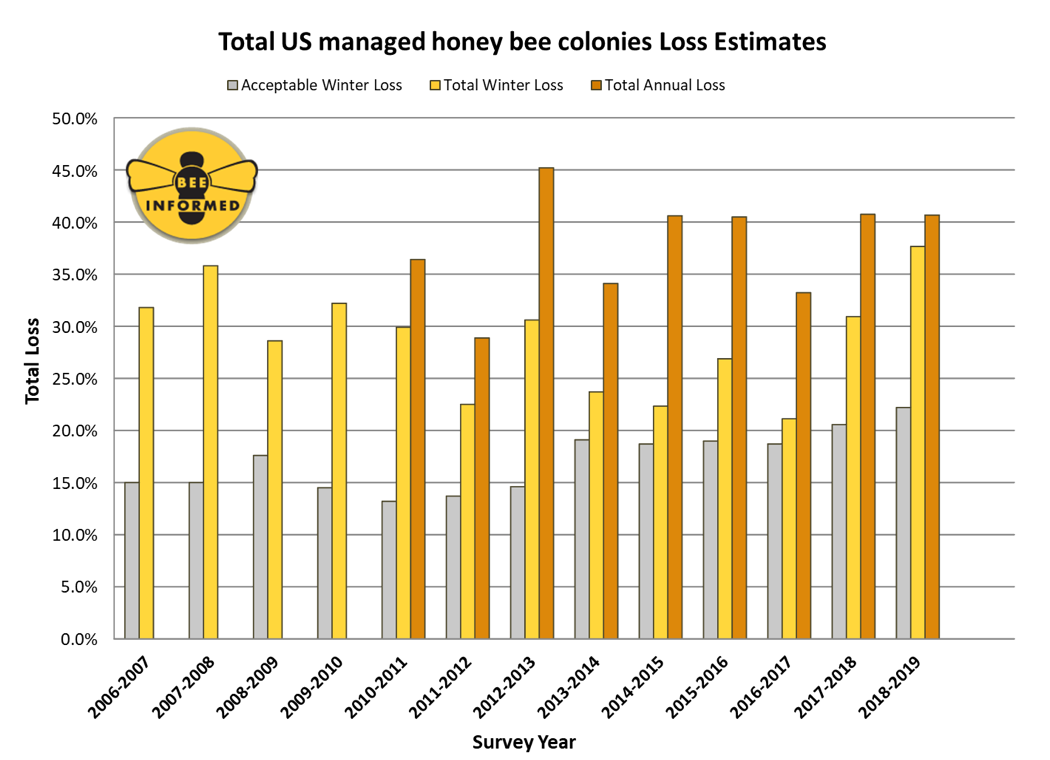 Our survey also asked what level of winter loss would be acceptable by beekeepers. Interestingly, this revealed an increase from 20.6% last year to 22.2% this year, which is much greater than the 11-year average of 17%. This increased acceptable loss may indicate that beekeepers are more realistic or pragmatic in their expectations of colony losses. Even with a higher acceptable loss, sixty-two percent of responding beekeepers lost more colonies than the level deemed acceptable.

We note that loss rate for each period was estimated by identifying the total number of at-risk-colonies that died, and that annual loss rate was not estimated by summing the individual summer and winter loss rates. This year’s state-specific loss rates will be added to previous years’ results on the BIP website shortly (https://bip2.beeinformed.org/loss-map/).