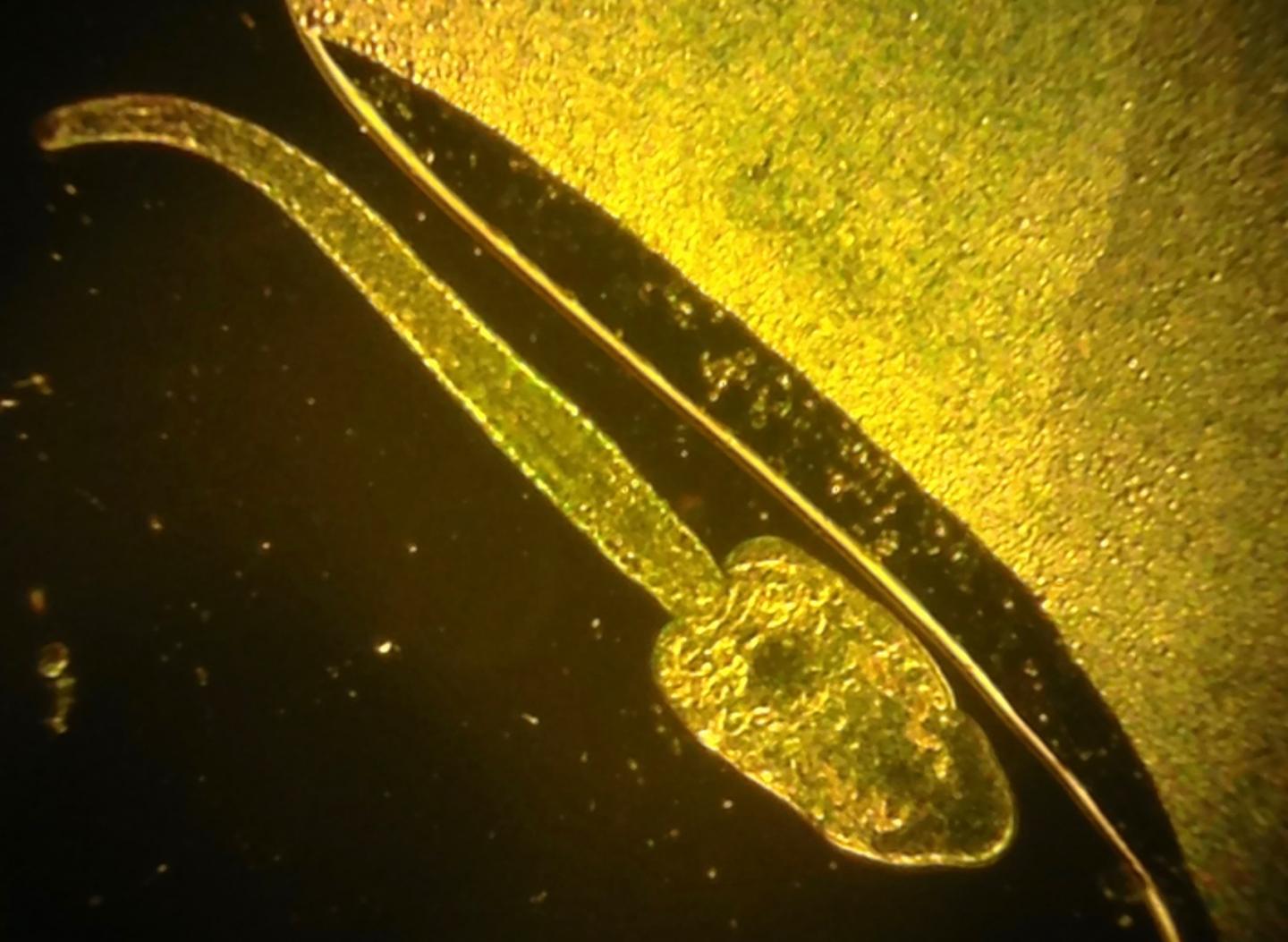 IMAGE: This is the free swimming stage of the trematode, Echinoparyphium Lineage 3. view more

A recent study by Jessica Hua, assistant professor of biological sciences at Binghamton University, and colleagues, explored the effects of six commonly used pesticides on two different populations of a widespread parasite of amphibians. They found that a broad range of insecticides commonly used in the U.S. kill amphibian parasites, which could potentially decrease the number of parasites that amphibians must defend against. For the pyrethroid and neonicotinoid pesticides tested in this study, this pattern has not been documented before.

Of the two parasite populations tested, Hua and her team found that parasites from the population living closer to agriculture were consistently more resistant to the pesticides. These findings suggest that considering multiple populations is critical to assessing toxicity of pesticides to amphibian parasites. “Overlooking population-level differences in pesticide resistance could lead to an underestimation or overestimation of how toxic a chemical is to parasites,” said Hua. “Adding realistic complexity such as population variation in resistance to our studies of toxicology is important to understanding how pesticides affect the interaction between host and their parasites.”

Finally, while all six pesticides tested caused mortality of trematodes at the cercariae stage (the “free swimming stage” of the parasite). Increasing concentrations of pesticide did not always cause higher parasite mortality (i.e. the dose did not always make the poison). This suggests that traditional methods of toxicology that rely on dose-dependent responses may not be enough to help us predict what pesticides are doing to parasites.