Multistate beekeeping operations continue through pandemic.
Beekeepers were in the midst of the almond pollination season when the COVID-19 pandemic began. Though they’ve had to make changes, they’ve adjusted and now are ready for the honey production season.
Written By: Jenny Schlecht

WISHEK, N.D. — On Jan. 21, the Centers for Disease Control and Prevention announced the first case of COVID-19 in the United States. More cases would follow, leading to officials putting in place travel restrictions and asking or telling people to stay at home. That’s the same timeframe in which bees that will spend their summers making honey on fields in North Dakota, Montana, South Dakota and surrounding states were preparing for their second act — pollinating in almond orchards on the West Coast.

“It’s the biggest paid pollination event on earth. And we were right in the middle of it,” says John Miller of Miller Honey Farms. 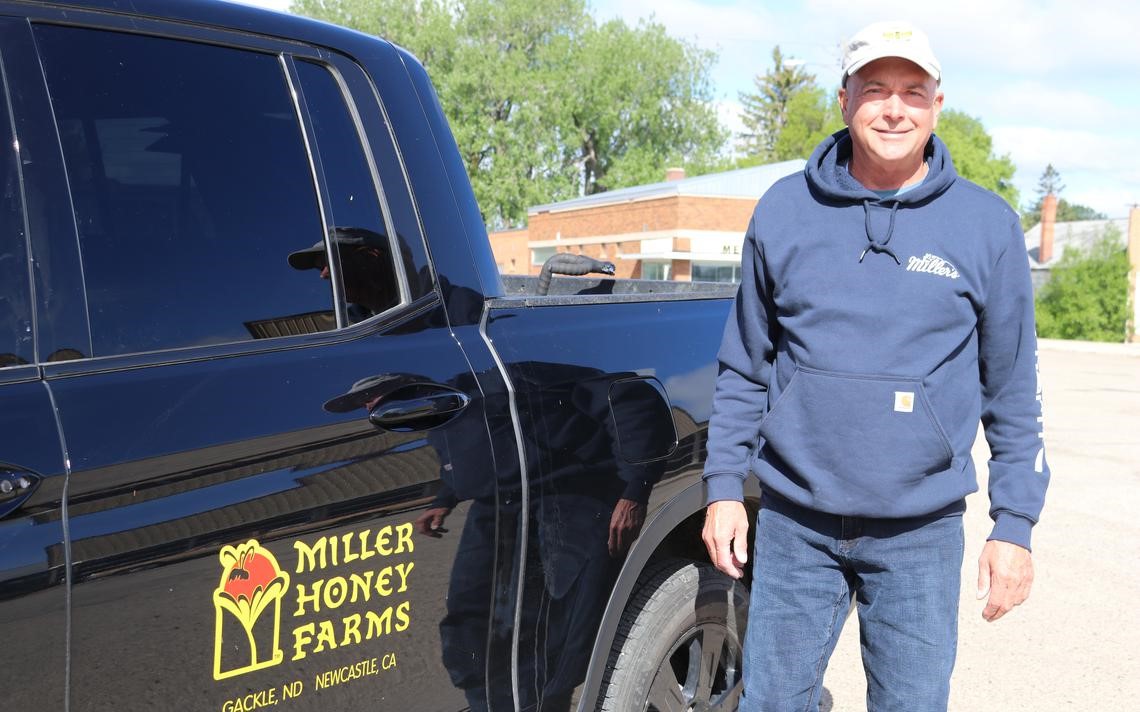 John Miller of Miller Honey says the coronavirus pandemic meant changes to supply chains and labor for beekeepers, but all the work still got done. Photo taken May 29, 2020. (Jenny Schlecht / Agweek)

Commercial beekeeping operations are multistate ventures. Bees summer in places like North Dakota — which leads the nation in honey production — but they spend winter and early spring resting in warmer climates and performing paid pollination services in places such as California. That means a lot of people and a lot of supplies cross state lines and move around a lot, especially in the months before the move back to the Northern Plains.

As the pandemic — and the restrictions that have gone along with it — accelerated, beekeepers had to change up their practices to meet restrictions and keep their employees and communities safe. But beekeepers are quick to point out that nothing about their work changed.

“The bees are going to keep being bees. It’s like anything in agriculture,” says Erik Dohn of Danzig Honey. “They’re not aware of what’s going on with humans.” 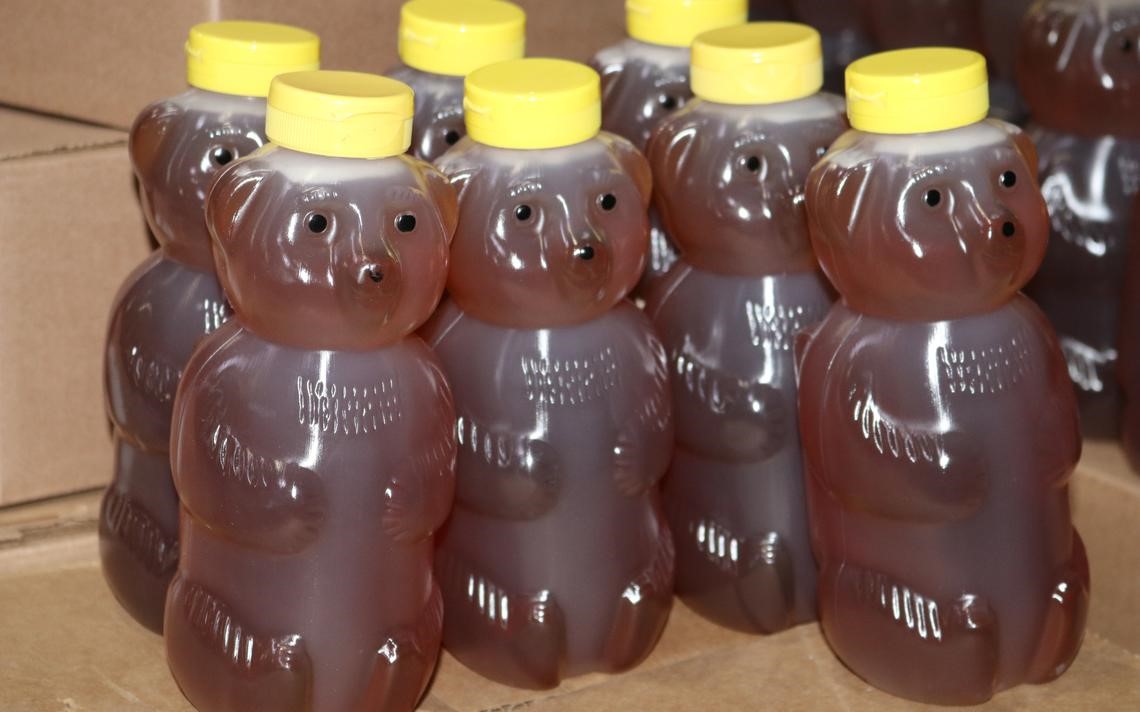 North Dakota leads the nation in honey production, which is produced during the summer months in the state. Danzig Honey sends most of its honey to a honey packer but packs a small amount for local sales. (Jenny Schlecht / Agweek)

“I don’t think there was ever a question in any bee guy’s mind of whether we were going to go or not. That wasn’t the consideration. We’re bee guys. It’s what we do. Cattle guys didn’t take a day off, the whole livestock segment and then fruits and vegetables too,” Miller says. “I don’t know anyone who took a day off.”

Coming in at third in honey production for 2019 was California, with 13.735 million pounds. But the beekeeping industry’s California focus isn’t honey — it’s on pollination.
For many beekeepers, pollination has become the top priority and the top moneymaker. While Danzig Honey still focuses its efforts on honey production, Dohn says the winter pollination is of growing importance as agriculture changes.

As the pandemic and the response to it grew, Miller says his company was able to continue operating without many problems. There were supply chain issues; things like rubber gloves, which beekeepers need for handling certain chemicals, were in hot demand. And then there were labor decisions that had to be made.

Miller Honey uses the H-2A temporary agricultural visa program, and their foreign employees arrived Jan. 15. Miller says H-2A employees have had opportunities to go home during low-points of past seasons.

“What if an employee wants to go home? They may. They are free to choose,” Miller says. “What then would be our response in protecting the remainder of the crew? So there was some anxiety. There is some anxiety.”

Miller says the other labor reality of what he calls the “new un-normal” is that Miller Honey traditionally had key employees travel to different points for important tasks. One key employee’s wife works at a care center in North Dakota and had strict compliance issues to adhere to, meaning sending her husband to another state could limit her ability to work.

“We then had a decision imposed on us that our key man would not travel and then return to North Dakota to avoid a potential exposure,” Miller says.

No one at Miller Honey has gotten sick. Miller says the crews adjusted to take care of their employees and to be respectful of their communities. When people did go into communities, the company made sure all employees had masks.

To read the Full Article go to:
https://www.agweek.com/business/agriculture/6517497-Multistate-beekeeping-operations-continue-through-pandemic